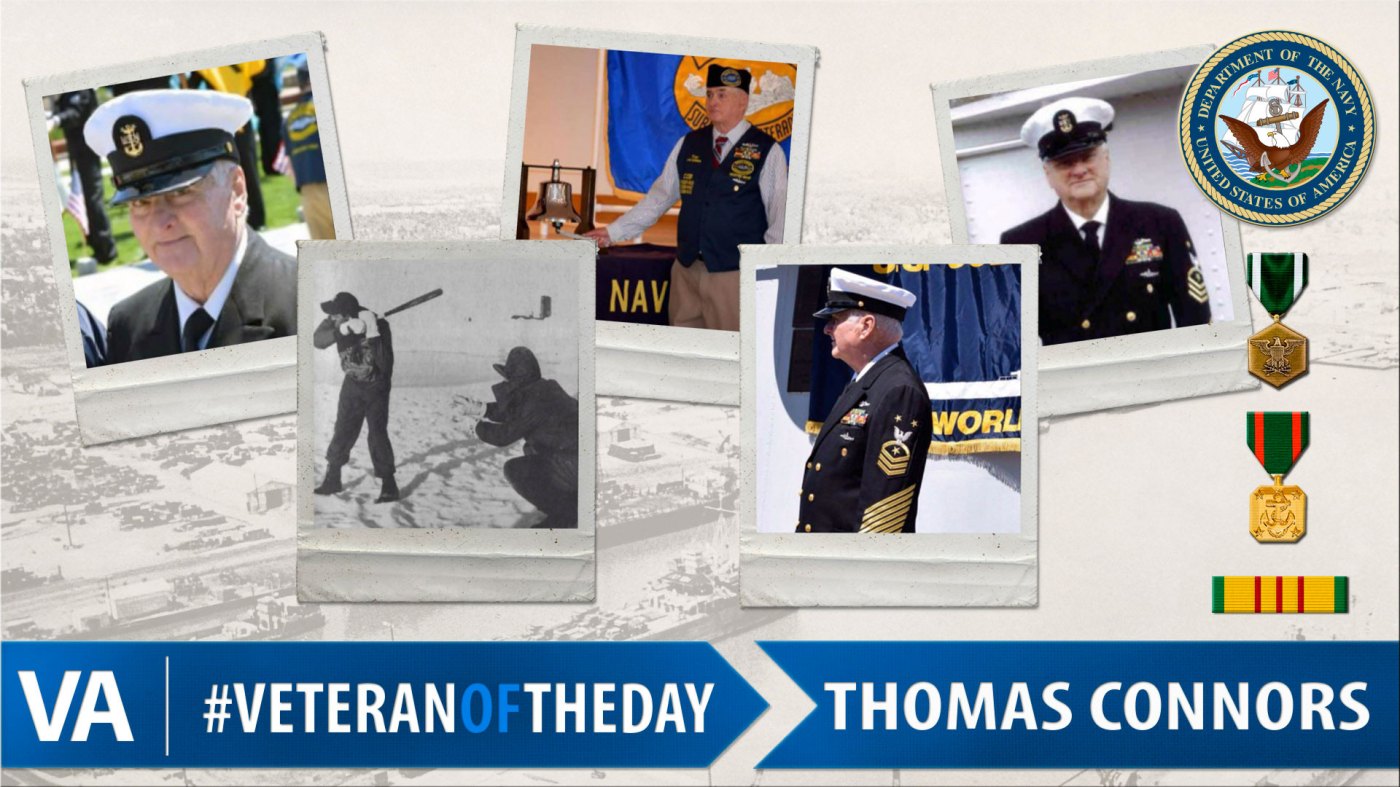 Thomas joined the Navy in 1954. He was the first Storekeeper accepted into Submarine School.  He did one tour of Vietnam in 1967, one tour on the fast attack submarine USS Seadragon. Thomas did four tours on ballistic missile submarines, including the USS Woodrow Wilson, USS Lafayette, USS Kamahameha and USS Ulysses S. Grant. He did one tour hauling nuclear fuel rods to the submarine shipyard in Kittery, Maine.  Thomas also did one tour as a Navy Liasion to the General Electric plant in Schenectady, New York and one tour as a Fleet Master Chief Petty Officer of Naval Supply Systems Command.

In August of 1960, Thomas was part of the crew of the USS Seadragon when it became the first submarine to complete the Northwest Passage. The USS Seadragon then turned toward the North Pole and became the third submarine to surface there. The crew, including Thomas, set up a softball diamond, designating the pole as the pitchers box. The captain hit a fly ball at 4 p.m. on Wednesday that wasn’t caught until Thursday.

For his service, Thomas received the Navy Commendation Medal, the Navy Achievement Medal, and Vietnam medals.

He lives in Connecticut with his wife Carol Ann and is the father of Michael, Kathleen, James, and Carol Lynn.

Thank you for your service, Thomas!