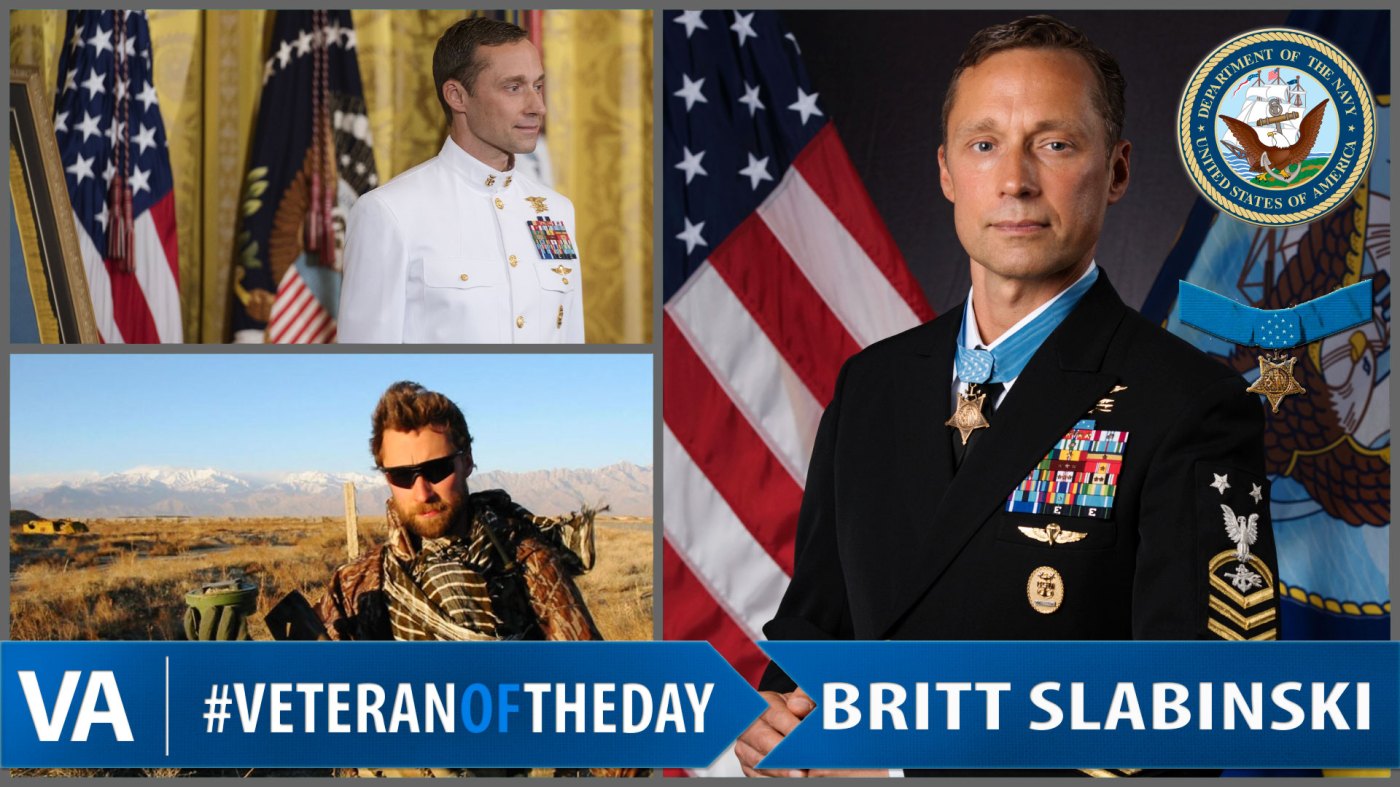 Britt K. Slabinski is originally from Northampton, MA and enlisted in the Navy in 1988. He completed basic training in Orlando, FL with orders to attend Radioman training in San Diego, CA. Upon completion of this training in 1989, Britt was accepted into Basic Underwater Demolition/SEAL training (BUD/S) in Coronado, CA. Assigned to BUD/S Class 164, he graduated in January 1990 and became a Navy SEAL.

During his 25-year service, Britt was assigned to numerous operational assignments which include nine overseas deployments and 15 combat deployments supporting the Global War on Terrorism.

Britt was awarded the Medal of Honor on May 24, 2018 for his actions during a Joint Task Force supporting Operation Anaconda in the Battle of Takur Ghar. During the battle, an insertion helicopter was attacked by enemy forces while attempting to insert forces onto the Takur Ghar mountain. This caused one member of the team, Petty Officer First Class Neil Roberts, to remain on the mountain. After a crash landing in the valley below, Britt volunteered to reinsert himself with a five-man team to rescue Neil Roberts and fought for 14 hours to stabilize casualties and ultimately secure the mountain.

Thank you for your service, Britt!