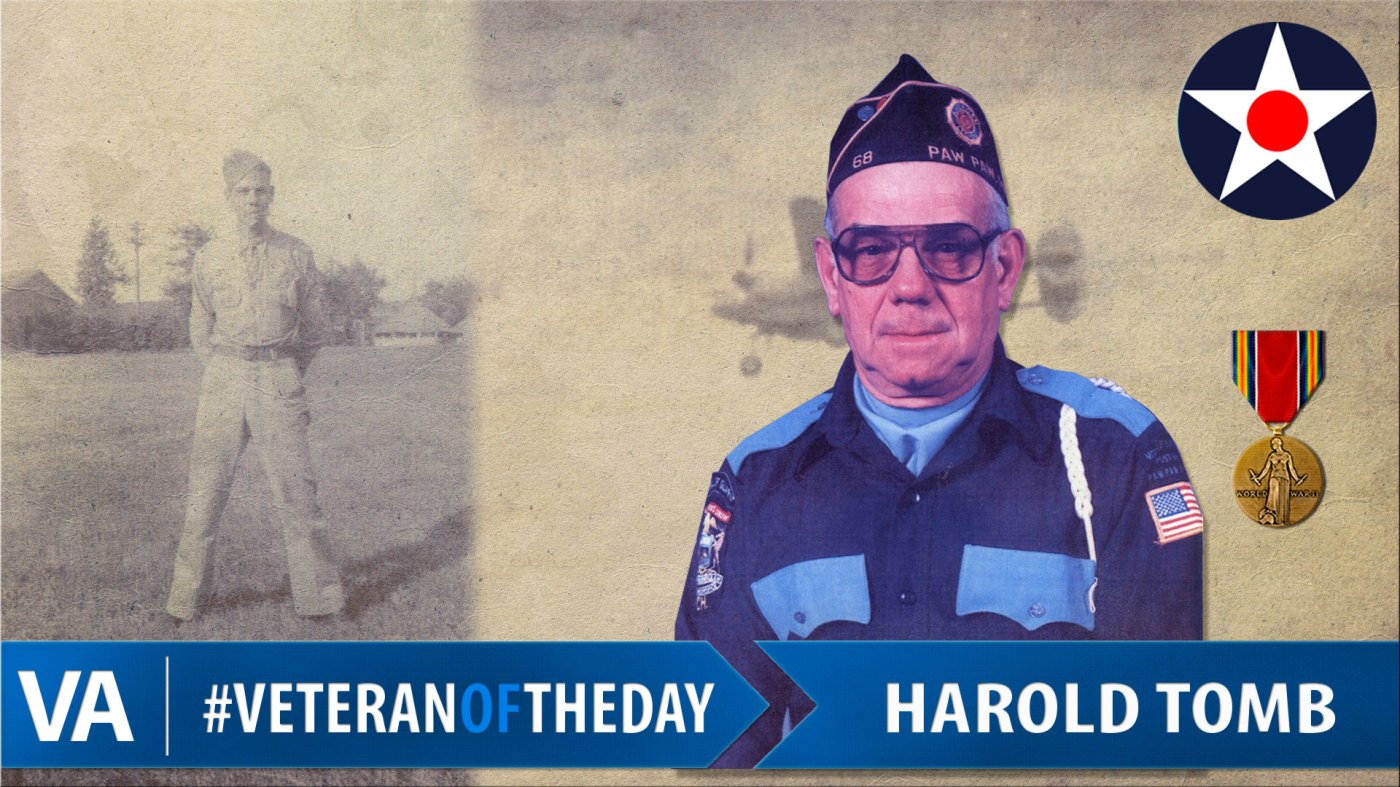 Harold Arthur Tomb was drafted into the Army in 1942. He he went through basic training at Selfridge Field, Michigan and then began advance training to become a cook. Harold moved around to many bases in the United States, but he always served as a cook. At Fort Dix he was tasked with making breakfast for more people than ever before, and he learned how to crack eggs with ease. He was assigned to the 319th Service Squadron and was then sent overseas to Bombay, India where he saw his first hammerhead shark. He spent the remainder of the war there, cooking for his fellow soldiers. He would work for twenty-four hours and then get twenty-four hours off. During his time off he would go sight-seeing around India, he even got to ride an elephant!

Harold was discharged at the end of the war and returned home. He went to work as a mechanic for various automotive companies, ending up at Neil’s Automotive. He had married his wife, Dorothy Jean Strong, shortly after being drafted and they kept in touch through v-mail during the war. After 47 years of marriage she passed away in 1989. Harold kept in touch with four friends from his unit and they would put together occasional small reunions. He was an active member of the American Legion and the Veterans of Foreign Wars, even becoming a post commander of his local legion. Harold passed away in 2011 at the age of 90. More of his story can be found at http://memory.loc.gov/diglib/vhp/story/loc.natlib.afc2001001.27396/.