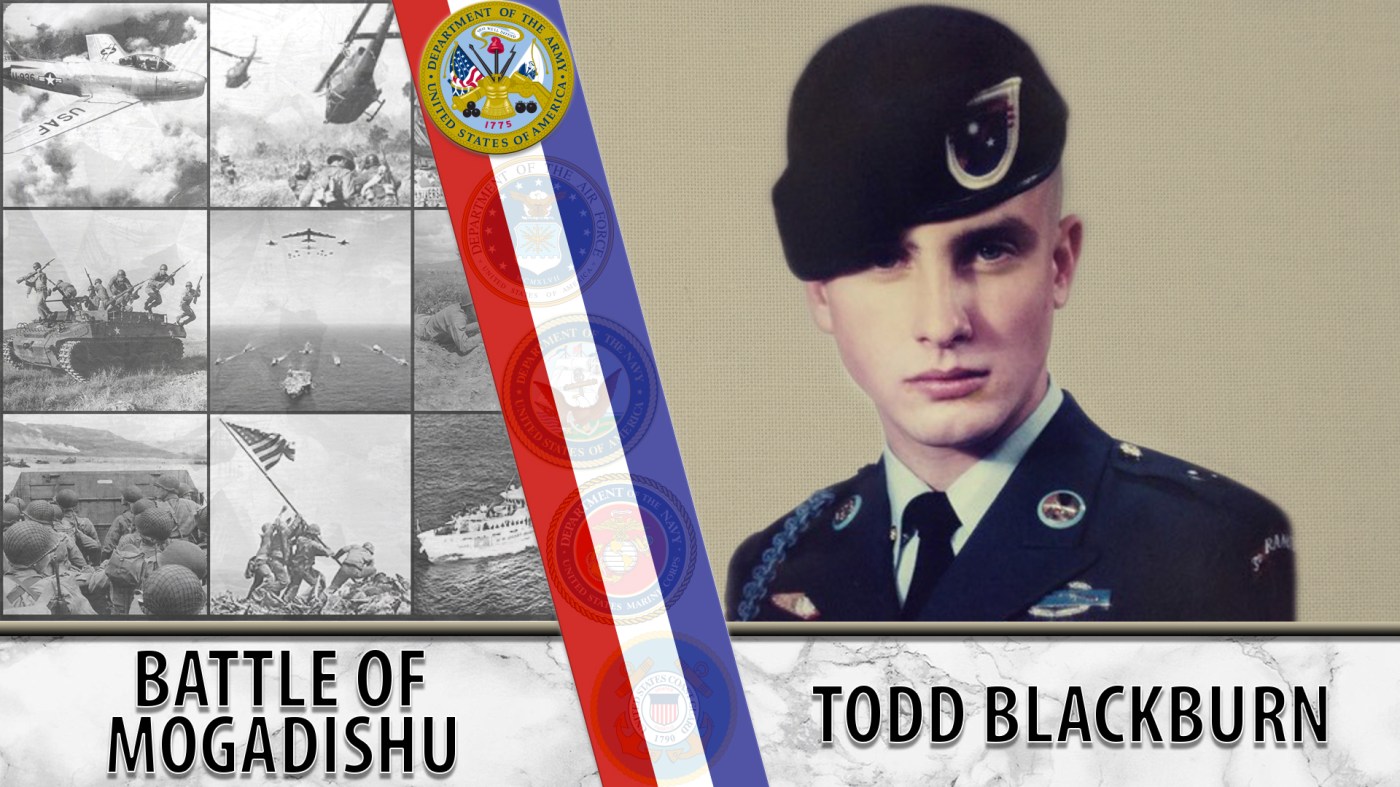 Former Army Pfc. Todd Blackburn is not a household name, but like countless Veterans, he played his part in history through service to his nation.

Unlike many Veterans, a portion of his service was immortalized by Hollywood in the movie Black Hawk Down, where he was portrayed by actor Orlando Bloom.

A Ranger with Bravo Company, 3rd Battalion, 75th Regiment, Blackburn arrived in Somalia in August 1993 to help restore peace during the African nation’s civil war, which had led to the destruction of agriculture and widespread starvation. When the international community sent food, the shipments were often seized by local clan leaders and exchanged with other countries for weapons. An estimated 300,000 people died from starvation.

The crisis culminated in the United States putting together a coalition to protect humanitarian efforts by the United Nations and crack down on the warlords, which leads us to Blackburn’s story and his part in the Battle of Mogadishu.

He was part of a special task force comprised of an elite group of American soldiers that included Rangers, Delta Force and Night Stalkers. The Oct.3 operation was called Gothic Serpent and the mission was to capture warlord Mohamed Farrah Aidid.

Shortly after the assault began, Blackburn fell 90 feet when he lost his grip while fast roping from a Black Hawk during the insertion. His team leader rushed to his aid, finding Blackburn on the ground unconscious. Quickly, he arranged for Blackburn to be evacuated from the area.

While he was being airlifted for emergency treatment, two other Army UH-60 Black Hawk helicopters were shot down by rocket-propelled grenades – marking the start of First Battle of Mogadishu. The battle resulted in the deaths of 18 U.S. service members, 73 more wounded and one helicopter pilot captured (later released) among both the assaulting force and rescue forces. Casualties reported on the other side vary greatly depending on the source – ranging from 3,000 Somali casualties to 315 dead, with 812 wounded.

Blackburn survived that fateful day 25 years ago to continue to serve. Following his recovery, he returned to his home in Pensacola, Florida and went into law enforcement. He worked with the Pensacola Police Department as a patrol officer, narcotics officer, and later as a school resource officer.

Though his body healed, he, like so many others wounded in battle, suffered lasting effects from his combat experience. Blackburn left law enforcement to concentrate on his family and help other Veterans. His story of service and sacrifice is one of many from the Veterans who fought in the Battle of Mogadishu.