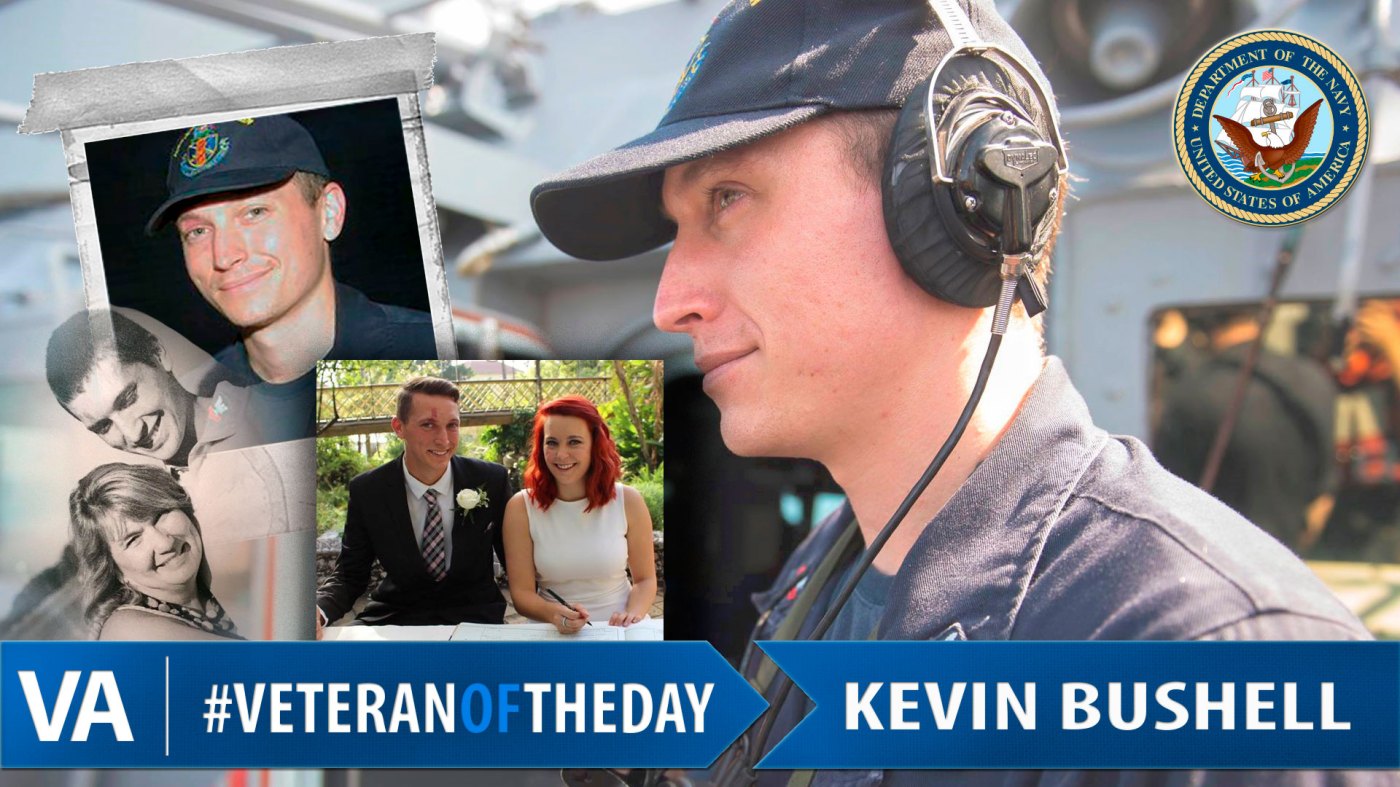 Kevin was born in May 1991 as one of six children to parents Karen and Thomas Bushell. It was a long-time dream of his to travel and serve in the Navy and soon after graduating high school, he met with a recruiter. In 2011, Kevin joined the service and headed to Naval Station Great Lakes in Illinois for boot camp. His first duty station was in Rota, Spain. This is where he met and married his wife Jennifer, and together they moved to his next station in Yokosuka, Japan.

Kevin served as an electronics technician, Petty Officer 2nd Class, aboard the Arleigh Burke-class guided-missile destroyer USS John S. McCain. While conducting routine training exercises, the ship collided with the Liberia-flagged merchant vessel Alnic MC, east of the Straits of Malacca in Singapore. Kevin and nine of his fellow sailors died in the collision.

Kevin received multiple awards and decorations during his time serving in the Navy and was posthumously advanced to Petty Officer 1st Class. He is buried in the Arlington National Cemetery.