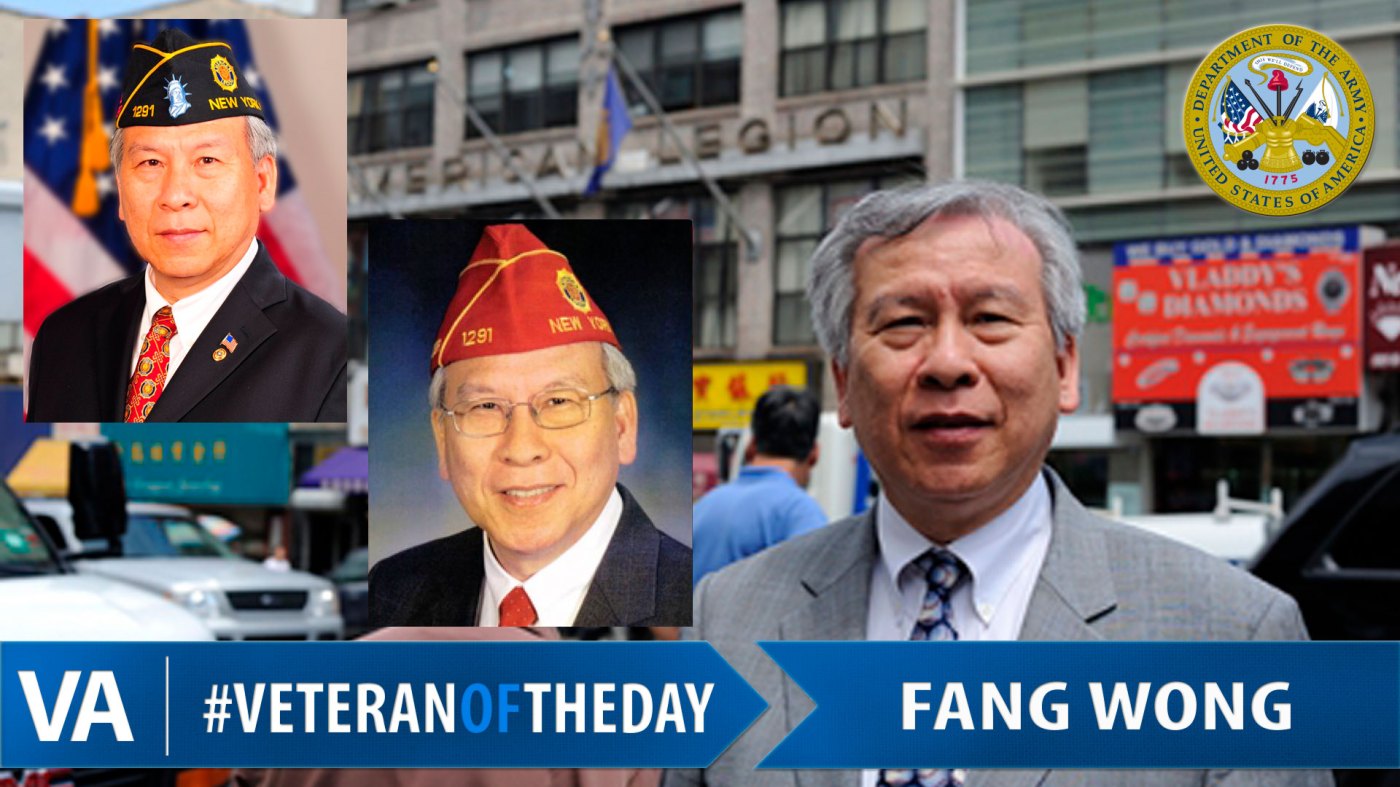 Fang immigrated from Canton, China when he was 12 years old. He became interested in serving in the military after he got a scholarship from a local American Legion post to study Chinese. He enlisted in the Army in 1969 and served for over two years in Vietnam. During the war, Fang worked undercover for the Army as a Chinese language expert. After returning from Vietnam, Fang continued his career in the Army, serving for 20 years and retiring as a Chief Warrant Officer 3.

After retirement, Fang joined the American legion, eventually becoming the first Asian-American national commander of the American Legion. In the wake of the 9/11 attacks, Fang and his fellow post members volunteered as Chinese interpreters and helped Chinatown recover from the attacks. In 2016, Fang was appointed to the Advisory Committee of Veterans’ Affairs. As part of the committee, Fang helps advise the Secretary of Veterans’ Affairs on how to best serve minority Veterans.

Thank you for your service, Fang!