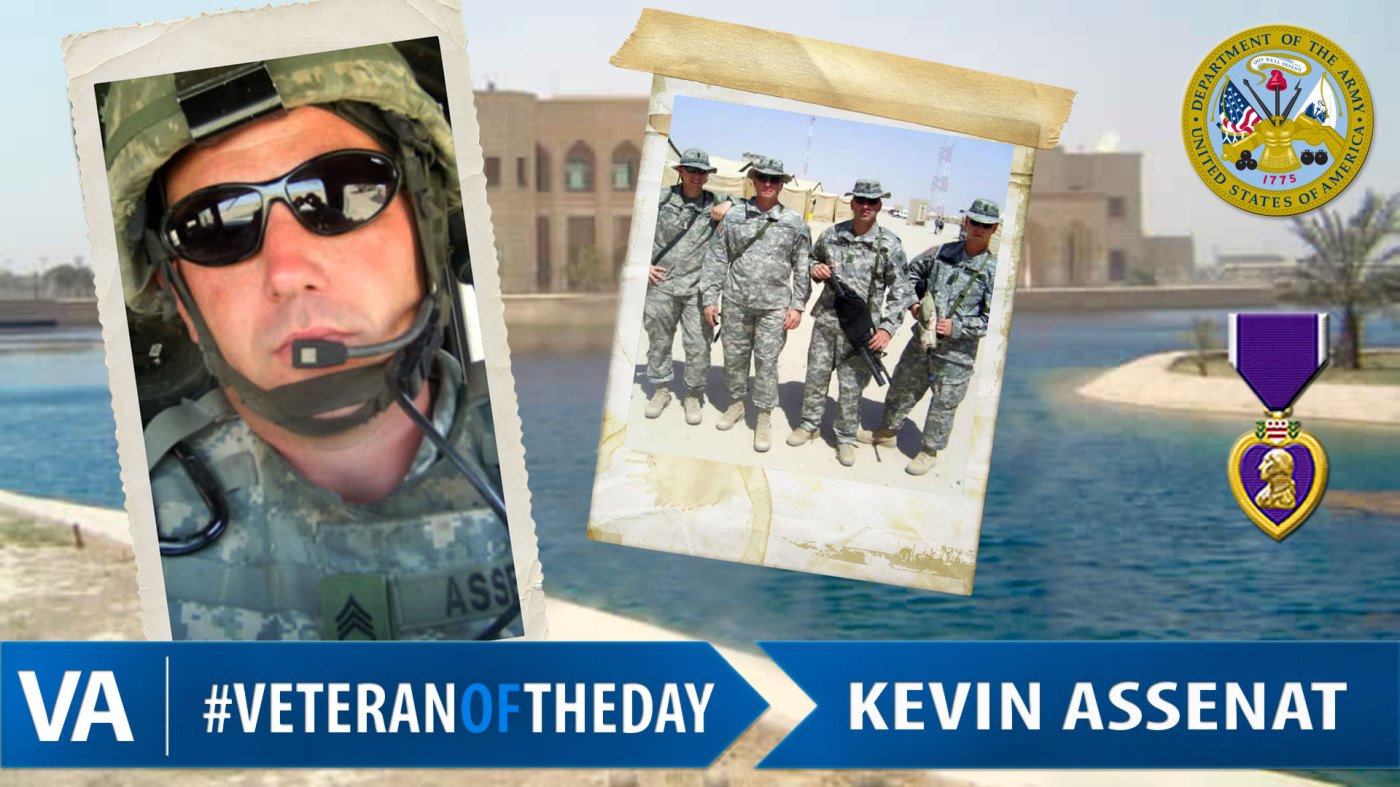 Today’s #VeteranOfTheDay is Army Sergeant First Class Kevin Assenat. Kevin was injured in Iraq while serving in the Army Reserve.

Kevin was born in August 1968 and is a native of Roanoke, VA. He enlisted in the Army Reserves in February 1986 as a member of the 2nd Brigade and 80th Institutional Training Division. He joined as an infantryman and completed his training at Fort Benning, GA, specializing in infantry. From there, he continued with a civilian job as a member of the Roanoke Police Department.

In August 2005, Kevin’s unit was activated and sent to Kuwait. From there, they were sent to Tal Afar, Iraq. Kevin had many roles in combat situations and was tasked with training Iraqi soldiers, as well. His very first mission in the country was to clear the city of insurgent groups. In December 2005, Kevin helped to secure and supply a polling station for the first election under the country’s new constitution.

While transporting supplies between their base and polling station, Kevin’s convoy encountered an erratic oncoming vehicle. The van was a suicide bomber carrying an improvised explosive device. Four soldiers were injured, one was a Roanoke firefighter, while the other three were Roanoke police officers. Kevin was one of those four, sustaining shrapnel wounds to his face. He was medevacked to Germany, then soon after to Walter Reed Army Medical Center in Maryland, where he stayed for three months and received multiple eye surgeries. It took him a full year before he recovered.

Today, Kevin has two children and is a sergeant in the Roanoke Police Department.

Thank you for your service, Kevin!

This #VeteranoftheDay profile was created with interviews submitted to the Veterans History Project. The project collects, preserves, and makes accessible the personal accounts of American war Veterans so that future generations may hear directly from Veterans and better understand the realities of war. Find out more at https://www.loc.gov/vets/.