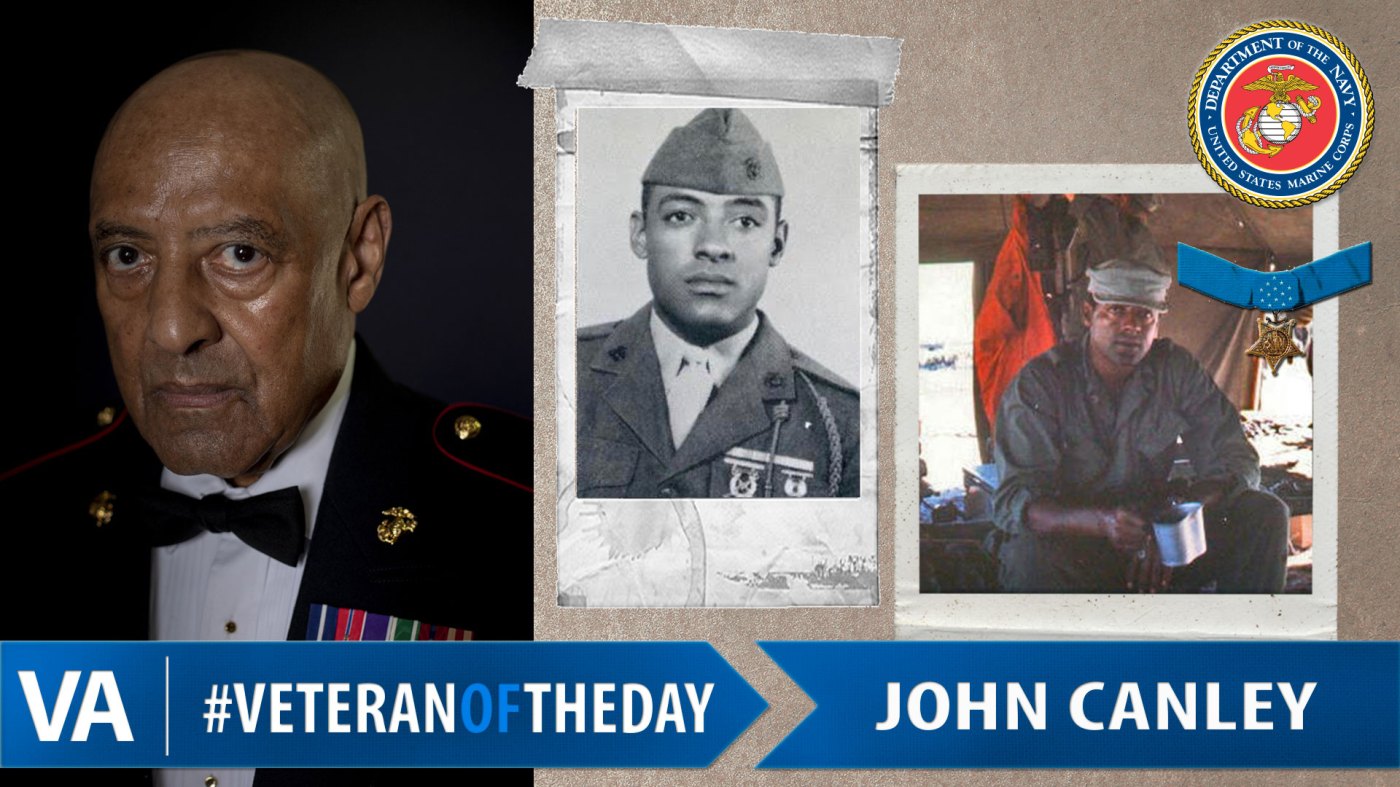 John was born in 1938 in Caledonia, AR. He enlisted in the United States Marine Corps at the age of 15 and fought in the Vietnam War.

While assigned to Company A, 1st Battalion, 1st Marines, John fought to rescue surrounding friendly forces in the Battle of Hue City during the Tet Offensive. When his commanding officer was wounded, John took command and led his company into Hue City to rescue friendly forces. While in Hue City, John continued to fight and command the company for three days, even while injured. He carried several wounded Marines to safety while under heavy enemy fire.

John retired from the Marine Corps in 1981 at the rank of Sergeant Major. John was awarded the Navy Cross in 1968 for his actions during the Battle of Hue City. However, John’s Navy Cross was upgraded and he received the Medal of Honor on October 17, 2018.