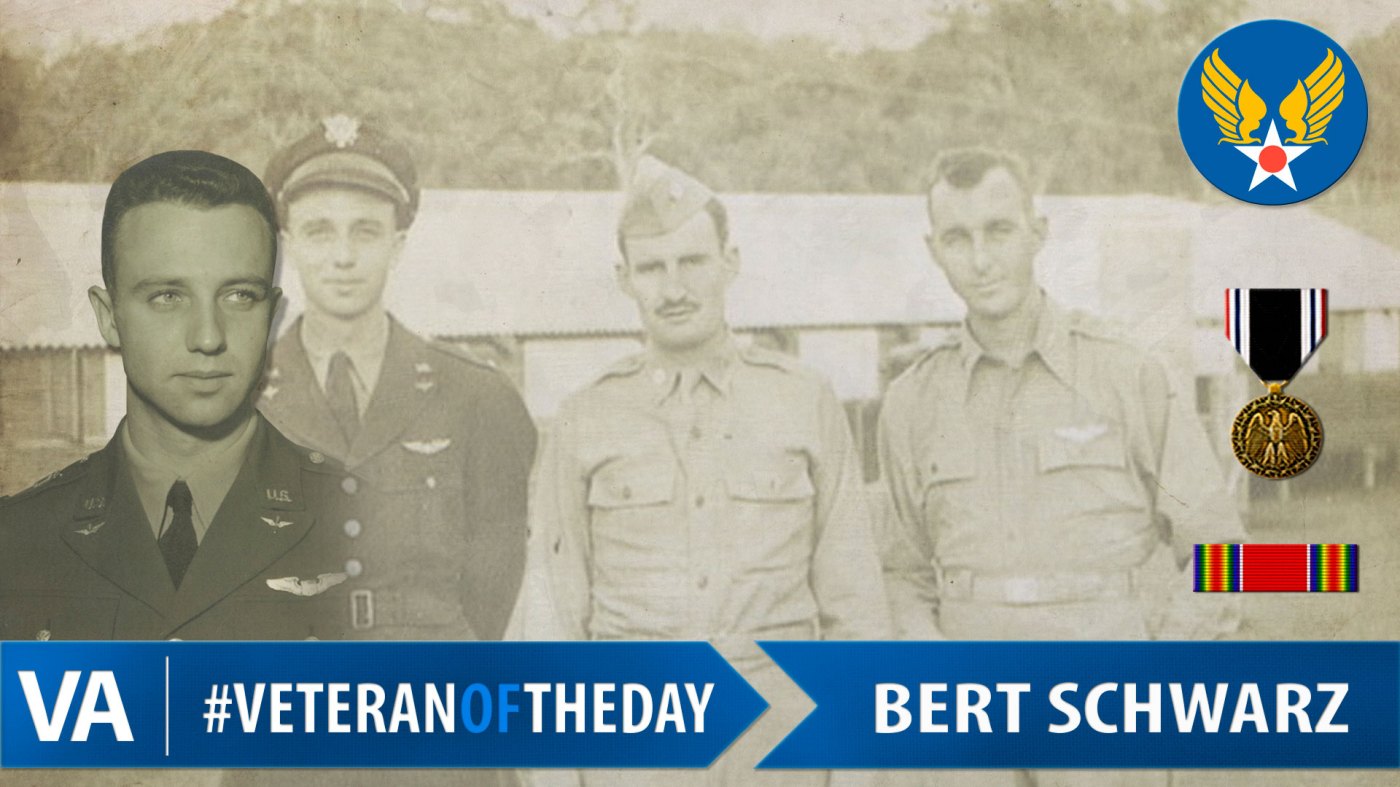 When Charles Lindbergh completed his flight across the Atlantic Ocean, Bert knew that he wanted to be a pilot. After graduating from college, he enrolled in the Army Air Corps’ Aviation Cadet Program and went through intensive training to become a pilot. He was assigned to the 27th Bomb Group, and they became the first dive-bomber group in the Air Corps. His unit was sent overseas to the Philippines in November 1941 as part of the Far East Air Force. After Pearl Harbor, the Japanese also bombed the Philippines where Bert was located and wiped out most of the Far East Air Force. Bert then became an infantryman, fighting the Japanese on the Philippines. The Americans were soon forced to surrender, and Bert was taken prisoner. He and the other prisoners were marched 65 miles uphill with little food or water in what would become to be known as the Bataan Death March.

Bert spent the next three years as a Japanese prisoner. He was given little food and was not allowed to wear shoes because the Japanese feared he would escape. At one point, the Japanese asked for volunteer workers, and Bert volunteered. He then worked in Japanese rice paddies for the next two years. Later, the Japanese wanted prisoners to help build an airstrip, and Bert volunteered. He had to mine coral and then spread it on the runway. The Americans soon wiped out this airstrip and then the Japanese forced the prisoners there to get on a ship. The Americans didn’t bomb the ship because they knew there were prisoners on it. The Japanese took advantage of this fact and transferred the prisoners to another ship during the middle of the night. This ship was torpedoed by the Americans because they didn’t know that prisoners were aboard. The torpedo strike blew the hatch door off, allowing Bert and others to escape and swim ashore. There they met some friendly Filipinos who let the Americans know they were there.

The Navy soon came to Bert’s rescue, picking him and the other escaped prisoners up in a submarine and bringing them back to Australia where they were able to receive medical care. He was sent back to the United States and stayed in the Air Corps for a while longer before he returned to his career in the textile industry. In 1948, Bert was asked to return to Japan to help rebuild their textile industry, and he did that for ten years. When he returned home he helped start the AmeriCares Foundation, which delivers medicine and relief supplies to devastated areas of the world. Bert passed away in 2003. More of his story can be found at http://memory.loc.gov/diglib/vhp/story/loc.natlib.afc2001001.12376/.