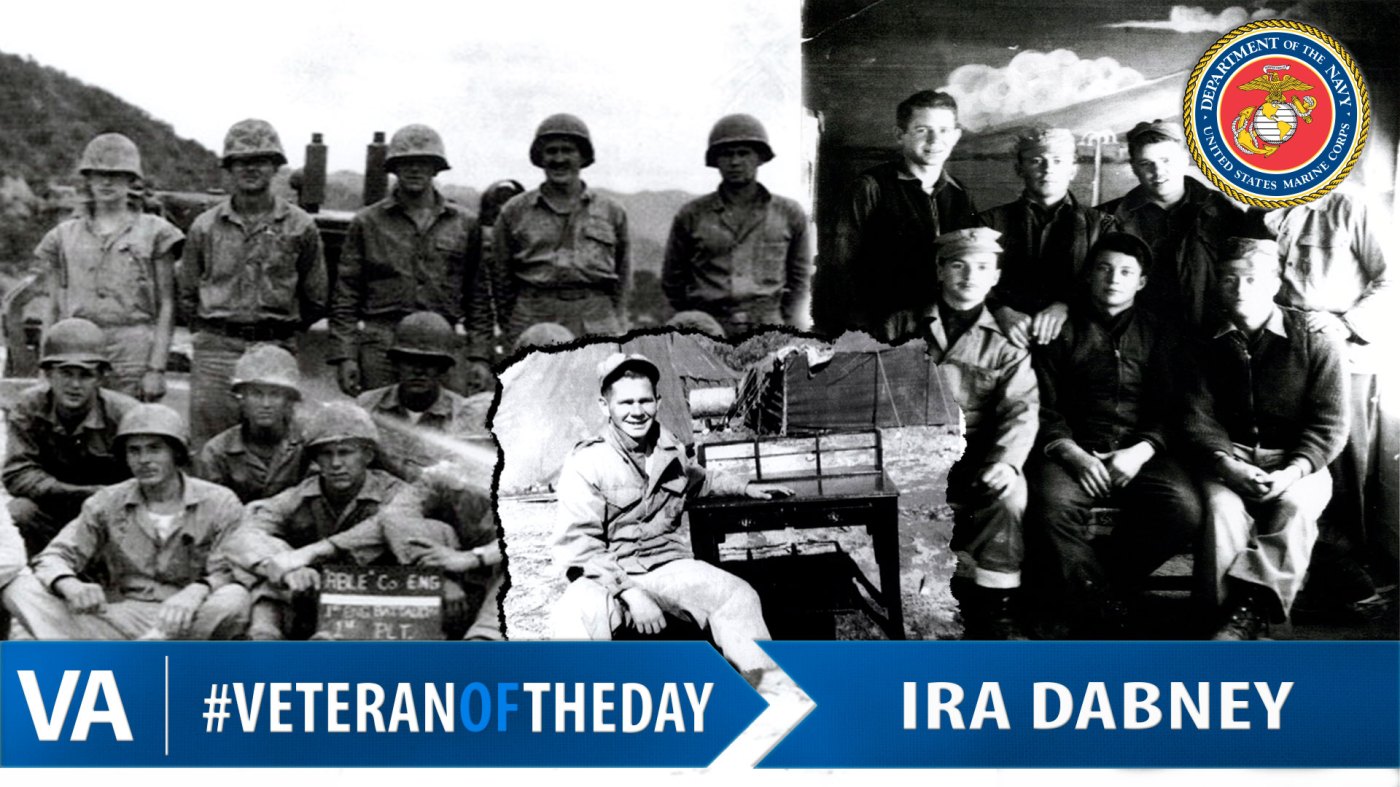 In 1949, Ira enlisted in the Marine Corps Reserves for two years. In 1950, his unit was activated and his enlistment was extended by a year. Most of the people in his reserve unit were all from Huntington, Virginia, his hometown, and because of this the town had a parade to celebrate the activation of the unit. Ira then went to Camp Pendleton and completed boot camp and advanced infantry training. During this time he learned how to use the M1 rifle, practiced amphibious landings and became a very good swimmer. In the spring of 1951, Ira was sent overseas to Korea and assigned to the 14th Engineer Company.

While in Korea, Ira spent his time building bridges, fixing roads and digging ditches. He also helped set up minefields. In an unfortunate incident, a grenade went off and injured Ira’s arm while he was sleeping. He was sent to a field hospital where he had the opportunity to see Ted Williams playing catch. He returned to the lines after his recovery and was discharged in April 1952. Upon his discharge he went back to work for Inco, where he had been working before his unit was activated. In 1957 he found a job with the post office and worked there until he retired in 1984. More of his story can be found at  http://memory.loc.gov/diglib/vhp/story/loc.natlib.afc2001001.10554/.

Thank you for your service, Ira!