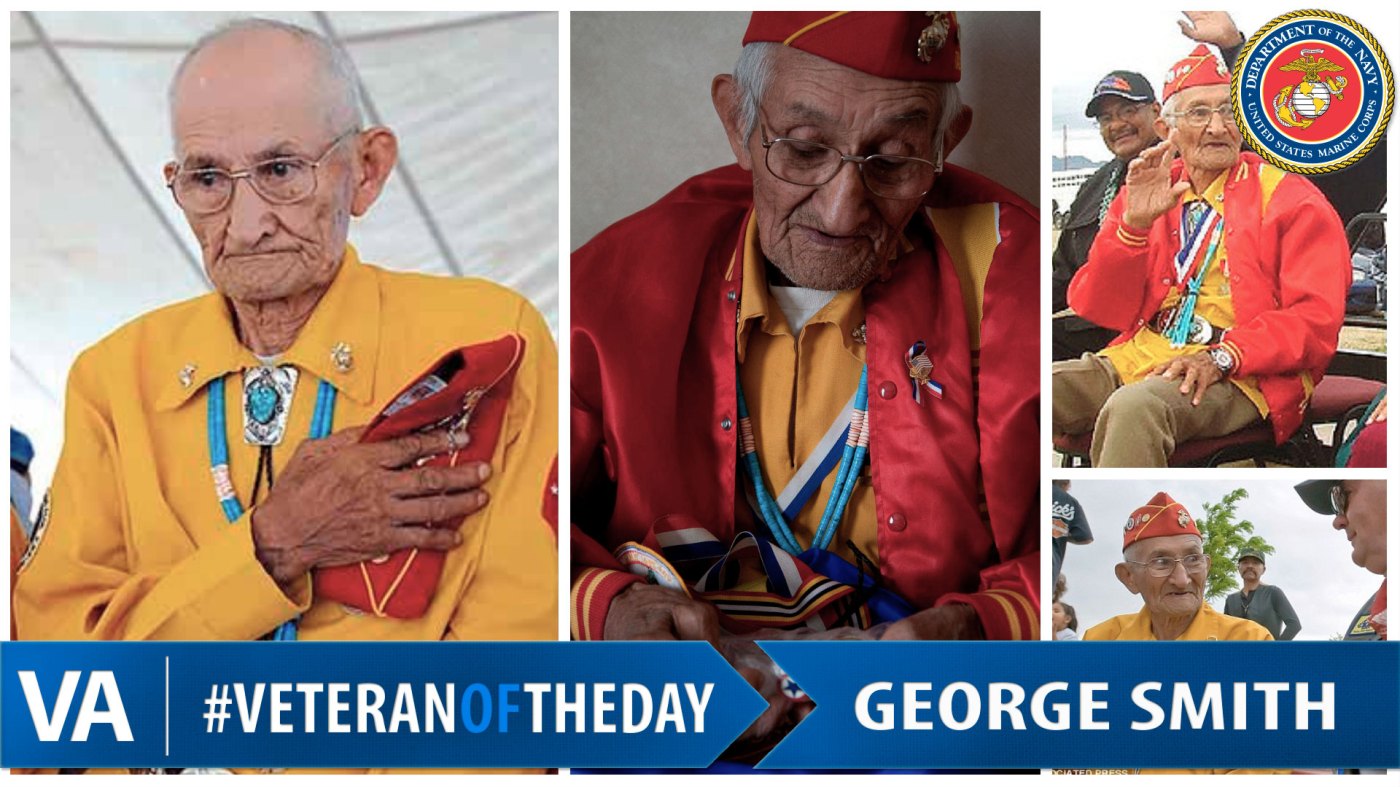 In response to Japanese success in breaking U.S. coded radio communication, a program was established which created a new code based off the languages of Native American Tribes.

George, a Navajo, enlisted with the Marine Corps at 18. After hearing the Marines were looking for Navajo speakers for a special program, George volunteered. In addition to basic training, George received specialized training in code school for 16 weeks.

Upon the completion of his training, George joined the 4th Marine Division in Pearl Harbor. After a year in Pearl Harbor, George and his division departed for the Japanese occupied Northern Mariana Islands of Saipan and Tinian.

In Saipan and Tinian, George was responsible for sending and deciphering coded messages on his radio, as well as laying secure wired communications between positions. He and his fellow code talkers would cycle in and out of the front line, working under constant threat of ambush and artillery bombardment.

By the time George and his division had reached Okinawa, the Japanese had surrendered. After Okinawa, George was stationed in Japan for several months before returning home. George earned the rank of corporal.

The Navajo code ended up being the only military code of the war to not be deciphered. Because of the code’s sensitive nature, George and his fellow code talkers could not speak of or acknowledge their wartime activities until they were declassified in 1968. After 1968, George and his fellow code talkers received recognition of their service, including a Congressional Silver Medal and a national day of recognition on Aug. 14, 1982.

After being discharged, George returned to his home state of New Mexico, started a family and began a career as a mechanic.