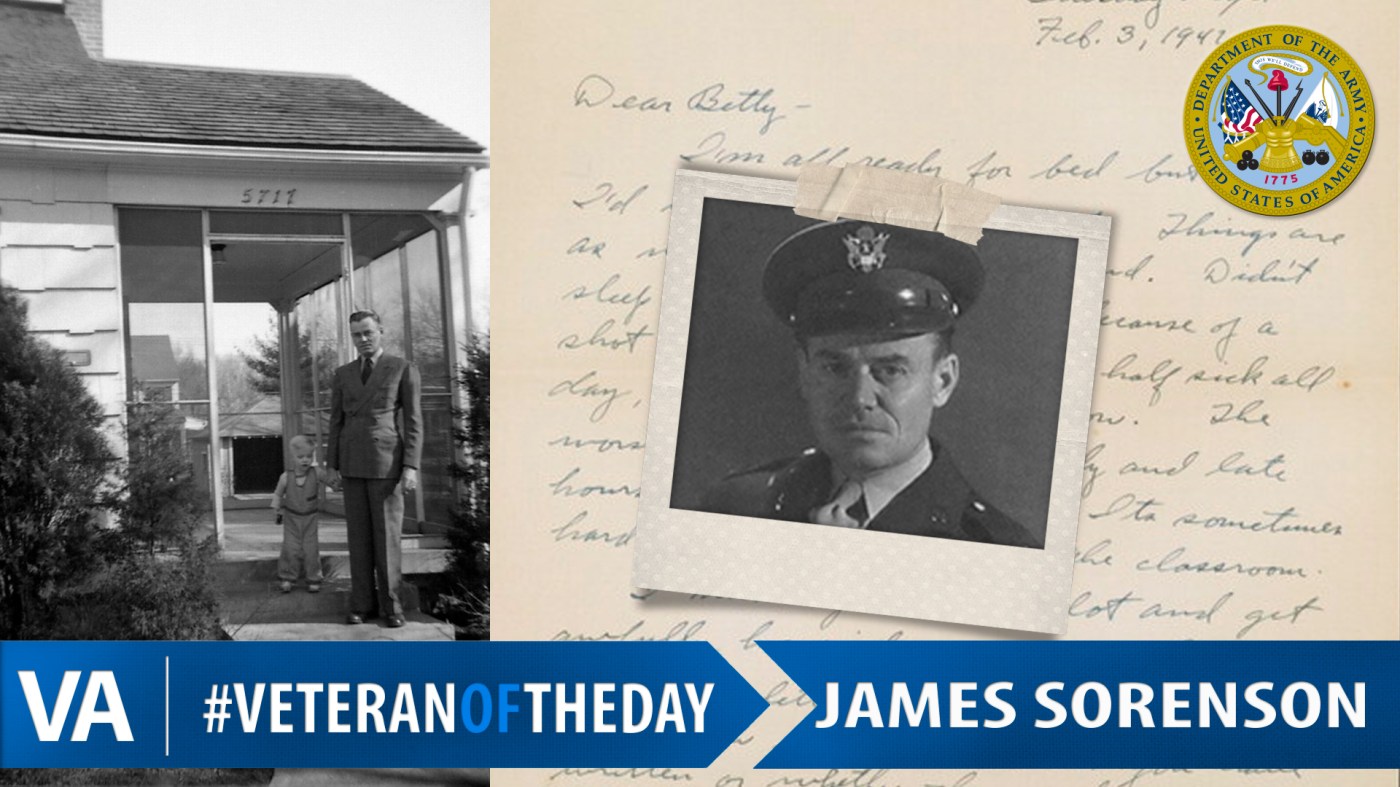 Today’s #VeteranOfTheDay is Army Veteran James Rudolph Sorenson. James served during World War I from 1917-1919 and World War II from 1942-1946.

James joined the Army National Guard in July 1917. By October, he was transferred to Battery D, 147th Field Artillery in the 41st Division.  James was on guard in Camp Merritt when he was relocated to Liverpool. He boarded the RMS Olympic –a sister ship of the Titanic– in Jan 1918. While in England, James completed 1st Corps Artillery School. He was seriously injured at the end of his World War I service and would soon return to the States where he finished high school and earned a degree in Civil Engineering.

James was commissioned by the Army for World War II in Dec 1941. At this point, he was a forty-five year old with a wife and four children living in Kansas City, and working at the Bureau of Public Roads. During his World War II service, some of his job titles included post exchange officer, base utilities officer, and assistant to base quartermaster. He was transferred to the Ordnance Department in August 1942 where he worked at Yosemite. James interviewed for duty with the Corps of Engineers in March of the following year and by November James was promoted to Major Civil Engineer, which is the field in which he was initially trained. He almost applied for release from active duty around this time but changed his mind since they were amidst a war and two months later he was assigned as an assistant executive officer at the Army Service Forces Training Center in Camp Plauche. While there, he received training in censorship, infiltration, and gas chambers. James received notice of overseas alert orders about a month later. By September of 1943, James’s ship laid anchor in Milne Bay, New Guinea. In 1946, James was released from active duty with 57 days terminal leave.

Graphic by Bryttni Carpenter. Bryttni is a junior at DePauw University studying communications.