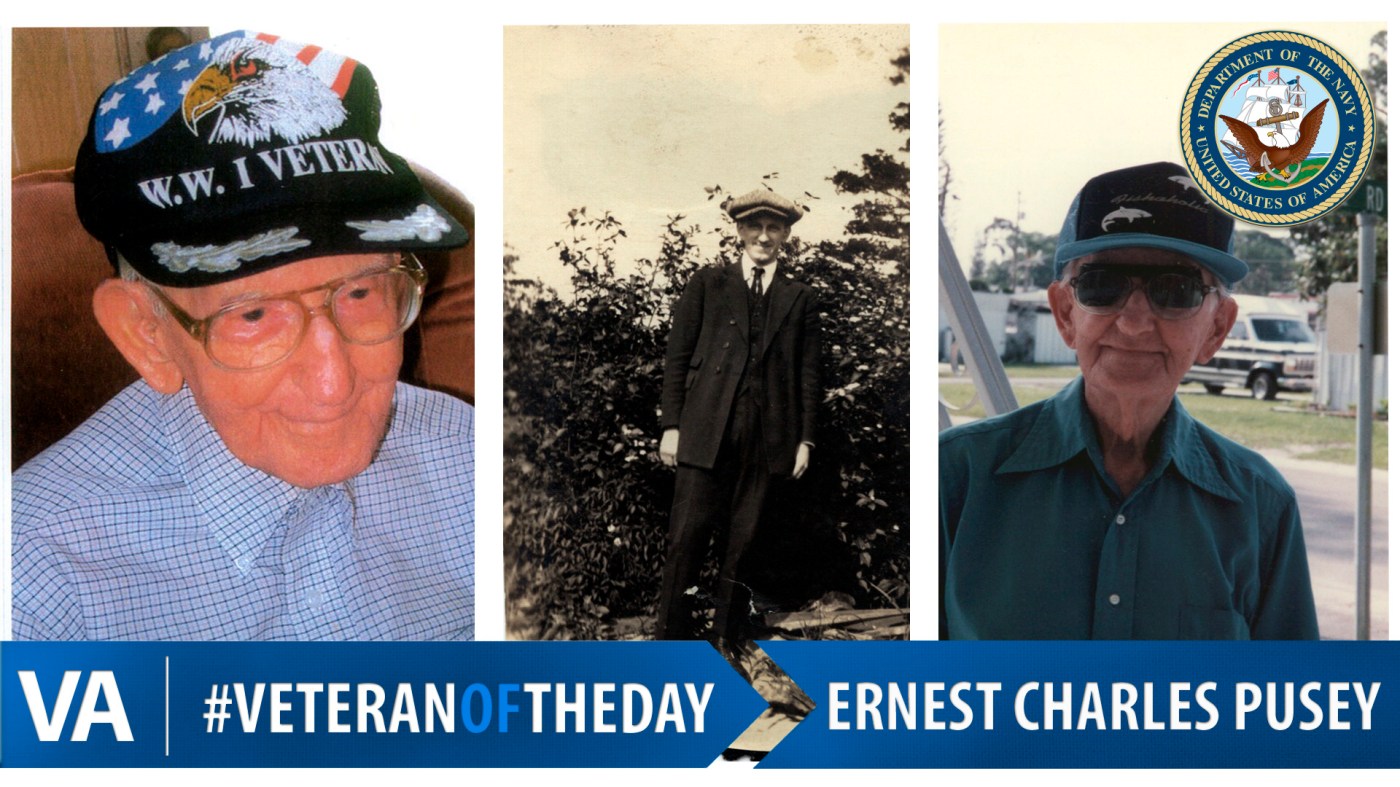 Ernest was born in 1895 in Washington D.C. He enlisted in the Navy in 1916 and was assigned to the USS Wyoming (BB 32) as a Seaman First Class and later Fireman First Class. During his service, he spent most of his time patrolling the sea lanes around the British Isles, near Scotland.

Ernest lived to the age of 111 and passed away in 2006. He was one of the United States’ longest living Veterans of World War I. Prior to his passing, he was presented the World War I Victory Medal by Florida governor Jeb Bush.