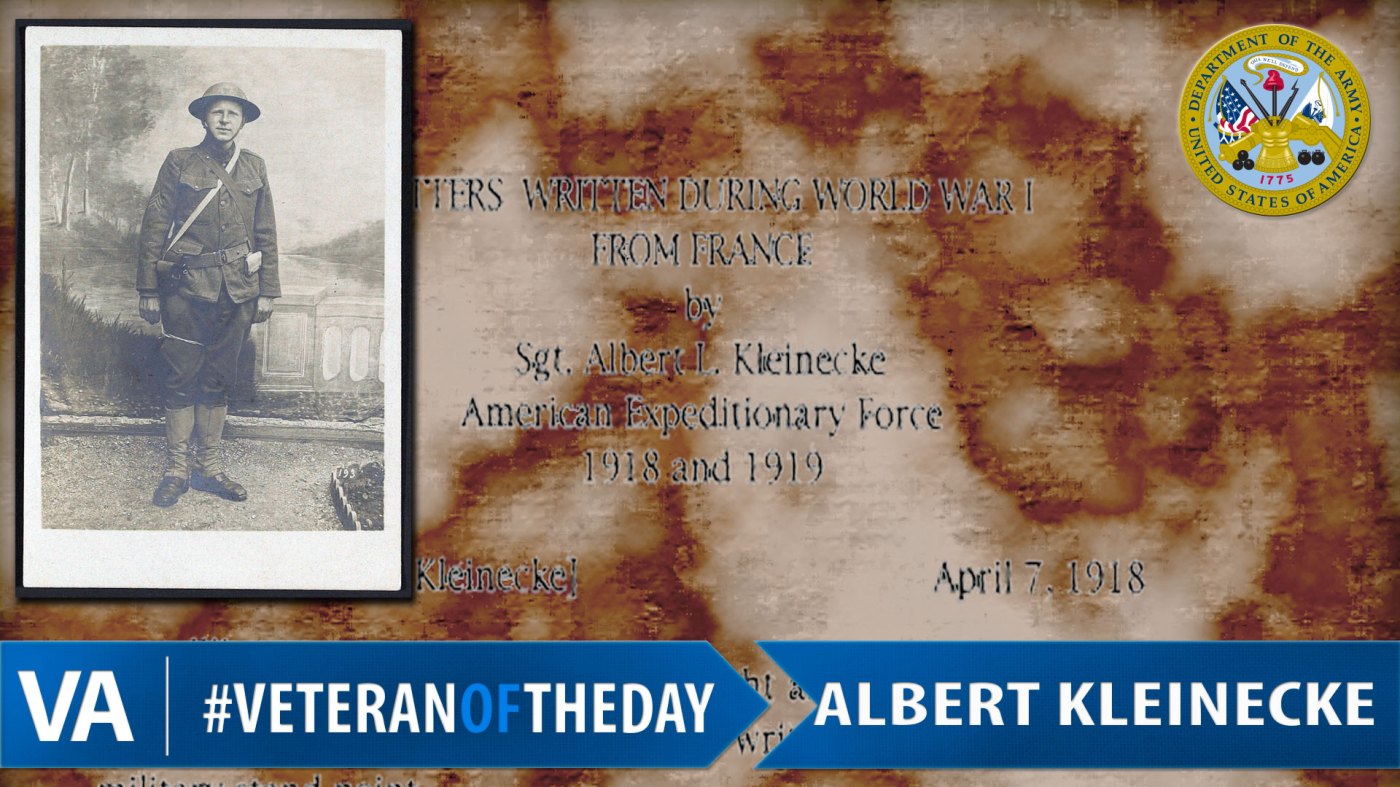 Albert was born in Chicago but was raised in California by his mother Ella. He enlisted to serve in WWI at 28 years old and served from 1917 to 1919 as a surveyor. He created military maps based on existing maps and photographs of the area, though he wished to be closer to the action. He was part of the 4th Battalion, 29th Engineers and served in locations both stateside in California and Massachusetts and overseas in France.

During his service, Albert wrote letters to his family members, mostly his mother and sister Grace. The letters were mostly observations of the French and Germans, as well as the aftermath of the battles.

We honor your service.