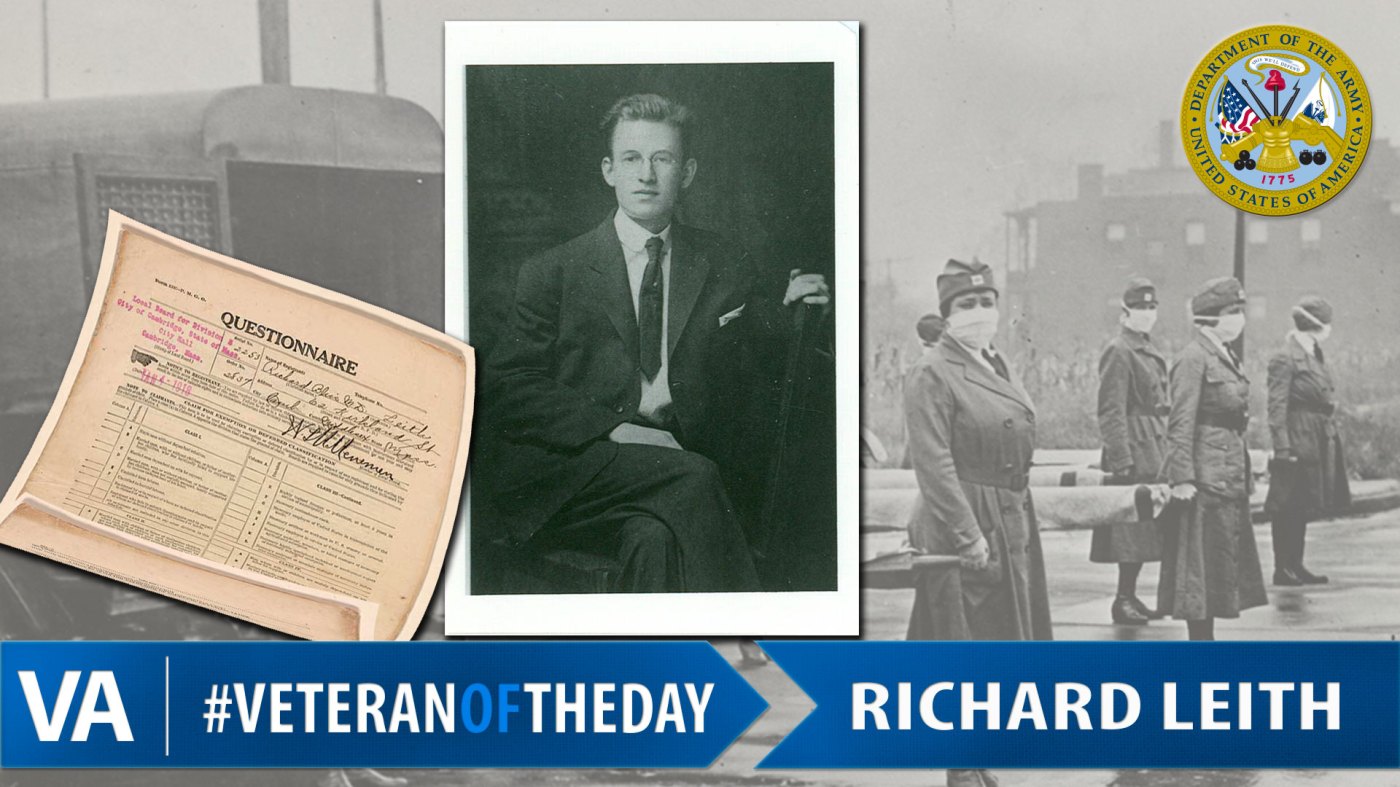 During his service in the Medical Corps, Richard earned the rank of captain and was attached to the British Expeditionary Force. Richard arrived in France in October 1917, well ahead of most American combat forces. His location of service includes Salisbury Plain, England and France. His early letters home reflected his optimistic view that the war would be over by spring; even so, Richard told his brother he doesn’t think American troops would have to fight. After the 1918 November Armistice, Leith stayed in Europe treating refugees and victims of the 1918 influenza epidemic.

Richard moved to Florida in the 1920’s with his wife, Gladys, and their child, Shirley. He was a scholar and was interested in anthropology, archeology, and history. He took great pride in taking care of his patients and family. He continued to practice medicine in St. Petersburg, Florida and passed away in 1975.

You can learn more about Richard’s story at the Veteran’s History Project.