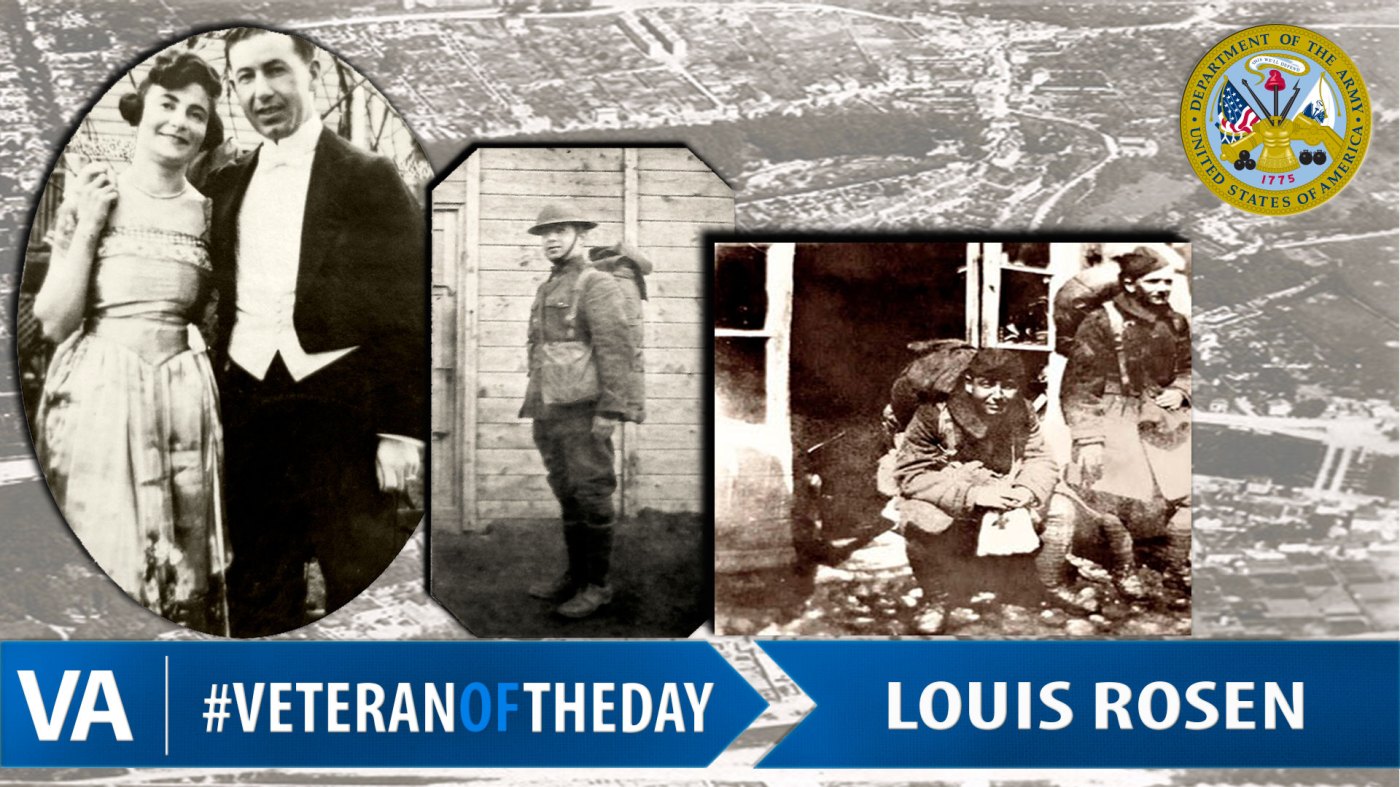 Louis was born in Lower East Side New York City in 1888. He grew up with Russian immigrant parents and eight siblings. He completed his undergraduate schooling and went on to attend New York Law School. He was an attorney before being drafted in 1917. Throughout his life, Louis enjoyed creating new things. One area in particular was with cameras. He created a patent for a camera mechanism during his service. His passion for cameras allowed for Louis to transfer from active duty as a private with the Field Artillery to the Air Force Photographic Division.

For his training, Louis was stationed at Camp Upton and Camp De Souge in France. After four months of training, his first job was the Battalion Commander’s Instrument Operator. This job required him to record the results on the Major’s use of the instrument. Louis was also assigned to the Third Battalion for the actual field work in his Headquarters Company. Later he would join the 77th Infantry Division repairing telephone lines. Louis also worked in the 88th and 496th Aero Squadron before transferring. For his film work, Louis was stationed in the 102nd Photographic Section as a stenographer for Colonel Joseph Morrow. He had risen to Corporal by the end of his career.

Louis was in France right after the World War I armistice. While he was awaiting the trip home, he typed  two letters detailing his experience during the war. Louis traveled home to New York, and after passing his physical; he got on a train to Grand Central Station. After being honorably discharged, Louis continued to practice law through his private practice and  then for twenty years through the New York State Department of Law.

More information about Louis and copies of his letters and diary can be found at the Veteran’s History Project at http://memory.loc.gov/diglib/vhp/bib/loc.natlib.afc2001001.91520