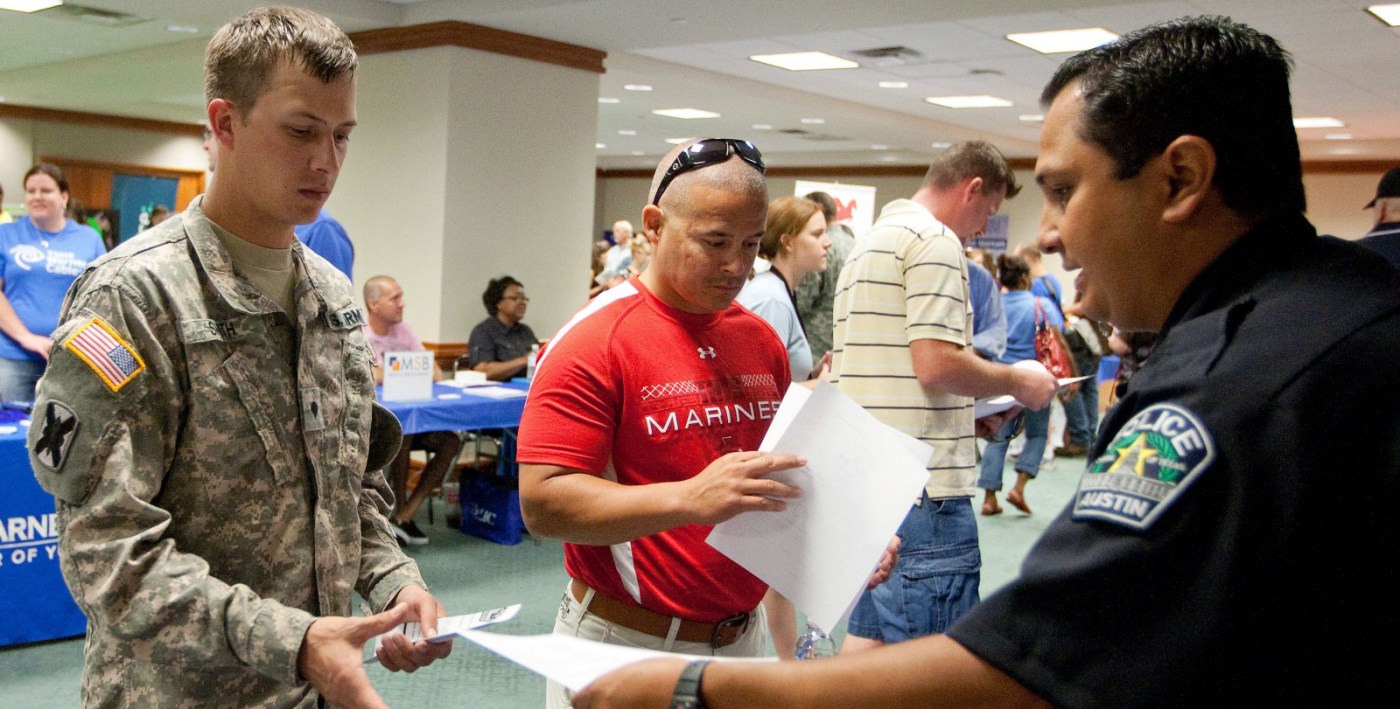 Social Finance recently launched the Veterans Coordinated Approach to Recovery and Employment (Veterans CARE) Pay for Success project in partnership with the U.S. Department of Veterans Affairs, local governments and impact investors. The project scales individual placement and support, an individualized approach to employment services, for Veterans with service-connected post-traumatic stress disorder— a condition that can make an already tough transition to the civilian workforce nearly impossible.

Veterans CARE is the first pay-for-success project to involve all levels of government and it is a powerful example of federal, state and city governments working together to support Veterans in need. Developing a pay-for-success requires commitment and resiliency from government partners, it requires the ability to move beyond identifying new solutions to old problems into the hard work of implementing them. Pay-for-success continues to attract government partners because of the benefits it can offer all involved.

In this post, we dive deeper into the objectives of the Veterans CARE outcomes payers at the federal, state and city level.

Since the wars in Afghanistan and Iraq began, more than 7 million Veterans have returned from combat and it is estimated that up to 20 percent of those returning have service-connected PTSD.

When VA first set out to develop a pay-for-success project in summer 2016, they had programs that assisted Veterans seeking employment, but none specifically for Veterans with PTSD. They knew that, for this population, employment can be hard to maintain and that the lack of employment can worsen PTSD symptoms.

Pay for success offered VA the opportunity to scale a promising approach to supported employment — one that integrated mental health treatment with job placement — and to transfer the risk in doing so. If the intervention helped Veterans with PTSD get and keep good jobs, then the VA would pay for those positive outcomes. And if not, then the VA would be off the hook.

With the Veterans CARE project, VA also has the opportunity to test implementation of a new program, tracking what works and what doesn’t along the way. If successful, the program could be introduced in other counties and states, even scaled nationwide to serve Veterans.

Similar to VA, the commonwealth offers a number of key resources to help Veterans transition to the civilian workforce. In addition to federally-funded workforce programs such as the Veterans Employment & Training Services Program (VETS), which is available nationwide, Massachusetts offers additional assistance through its 34 one-stop career centers. These centers have dedicated Veteran representatives who assist by providing job counseling and application preparation, Veteran employment promotion, and help companies prepare to accept Veterans with disabilities into their workplaces.

Like the VA, the commonwealth saw an opportunity to expand employment services for Veterans, specifically those with PTSD. As they did so, they wanted to ensure that positive outcomes – results – were front of mind.

“If you can demonstrate with real information and real life experience that a certain approach to providing training and education and support for veterans who are dealing with some difficult issues actually translates into a better life for them, then you can write that down, treat it as sort of a best practice and then try and do more of it. I think one of the things we tried very hard to do as an administration, is to pay attention to what we’re doing, pay attention to the results of what we’re doing. And then in those things that are working, find a way to do more of it.” — Governor Baker, Commonwealth of Massachusetts

Individual placement and support  is an evidence-based approach to supported employment with a strong track record placing individuals struggling with mental illness in sustained, competitive employment. The program was shown to be effective for Veterans with PTSD in a 12-city randomized controlled trial. The cohort that received individual placement and support had a higher placement rate in competitive employment and earned more money over the follow-up period, compared to those who received traditional services.

Boston has relied on public-private partnerships — on aligning the incentives of all stakeholders — to improve support for Veterans. The Veterans CARE project offered the city a way to collaborate with others, drawing on the best each partner had to offer, to help Veterans thrive.

“It’s the idea of one team, one fight. It’s the same with employment. We’re moving beyond the basic services and making sure that Veterans are truly thriving in our city.” — Mayor Walsh, City of Boston

This project is an initiative of the City of Boston’s Neighborhood Jobs Trust, which was established in 1987 to collect fees from developers to fund jobs, job training, and related services throughout Boston.

For our government partners, pay for success offers a way to focus on outcomes, to build the evidence base of what works, and to employ cross-sector collaboration. It requires the dedicated commitment of all involved, but offers us a new way of thinking about progress.