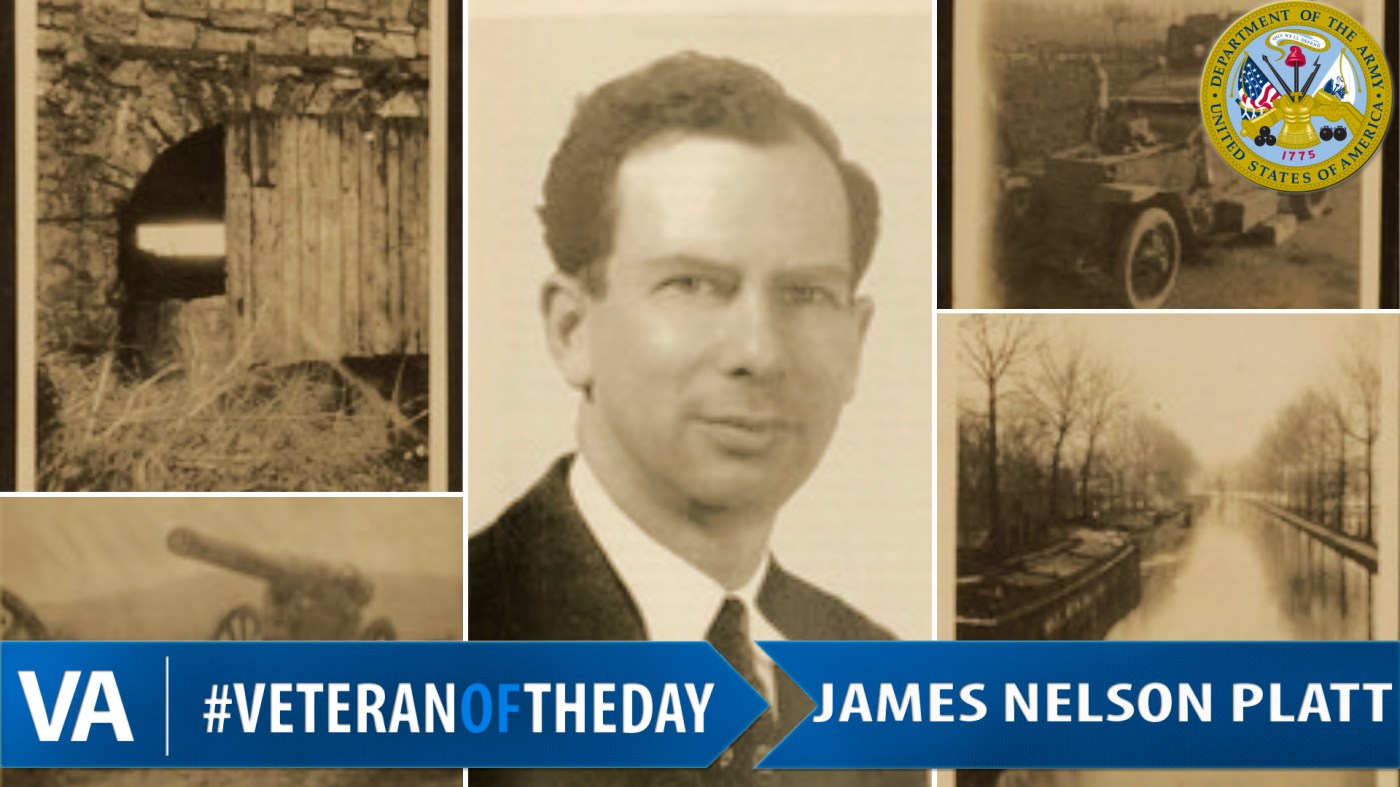 Today’s #VeteranOfTheDay is Army Veteran James Nelson Platt. James served during World War I from 1918 to 1920.

James was born in 1892 in Pomfret, Connecticut. In 1909, he graduated high school and saw an ad in a newspaper for registration at the University of Maine, at which point he took a train to Orono, Maine to register. James completed two and a half years of university in Civil Engineering but left his studies in 1912.

In February of 1912, he took a high school teaching job to teach Science and Math in Guilford, Connecticut. While teaching, he attended Yale University. While at Yale University, he was part of the Reserve Officer Training Corps (ROTC) Field Artillery Battery. When President Wilson sent General John Pershing to Mexico to capture Pancho Villa, James’ ROTC unit was mobilized as part of the Connecticut National Guard.

James was then assigned to the Depot Brigade in Camp Devens where he stayed for 31 days. He was then transferred to Camp Mills where he was assigned to Company C of the 12th Machine Gun Battalion, 4th Division. From Camp Mills, he was then sent to Liverpool, England via ship and then to France.

James fought in the Meuse-Argonne Offensive and in the battles up to and on the Vesle River. He was wounded in battle at Meuse-Argonne and shipped back to the United States to Camp Meade, Maryland where he met his would-be wife, Eunice Augur.

On January 7, 1920, James was discharged from the Army and he returned to Connecticut.