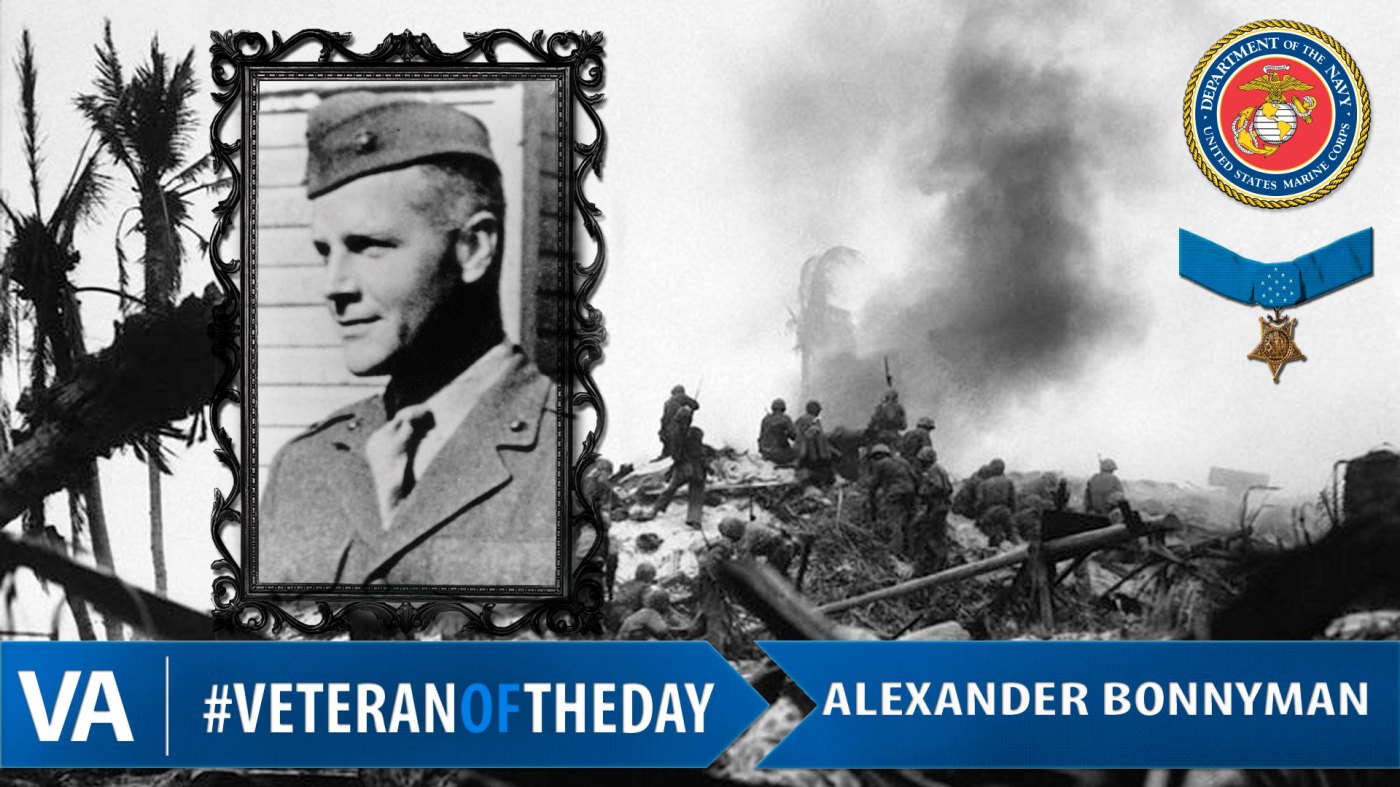 Today’s #VeteranOfTheDay is Marine Veteran Alexander “Sandy” Bonnyman Jr. Sandy received the Medal of Honor for the actions in World War II that cost him his life.

Sandy was born in May 1910 in Atlanta but moved to Knoxville as a child. He studied at Princeton University, majoring in engineering and playing football. However, in 1932, he dropped out of Princeton to join the Army Air Corps, but was discharged a short time later. Sandy then moved to New Mexico to work in the coal industry.

At the outbreak of World War II, Sandy was exempt from military service. Despite this, he decided to enlist in the Marines and went to San Diego for training. Sandy was assigned to the 2nd Battalion Shore Party, 8th Marines, 2nd Marine Division. In October 1942, he was shipped to the Pacific theater aboard the USS Matsonia. Sandy’s first battle was the Battle of Guadalcanal, where his leadership earned him a promotion to lieutenant.

In November 1943, Sandy’s group fought in the Battle of Tarawa. While pinned down under heavy siege, he led his unit in the demolition of Japanese assets on the island. As the constant bombardment and firing from the Japanese continued, Sandy continued to lead a group of Marines forward to flush out Japanese soldiers and inflict damage on the enemy. His leadership and determination caused hundreds of enemy soldiers to be exposed and killed. While manning his battle position, Sandy was fatally wounded. His actions inspired the Marines to press forward and no further Americans were wounded in the battle after Sandy’s death. He was posthumously awarded the Medal of Honor and the Purple Heart.

Sandy was originally buried in a battlefield cemetery on the island where the Battle of Tarawa took place. His remains where identified and moved to his hometown of Knoxville where he received full military burial honors.