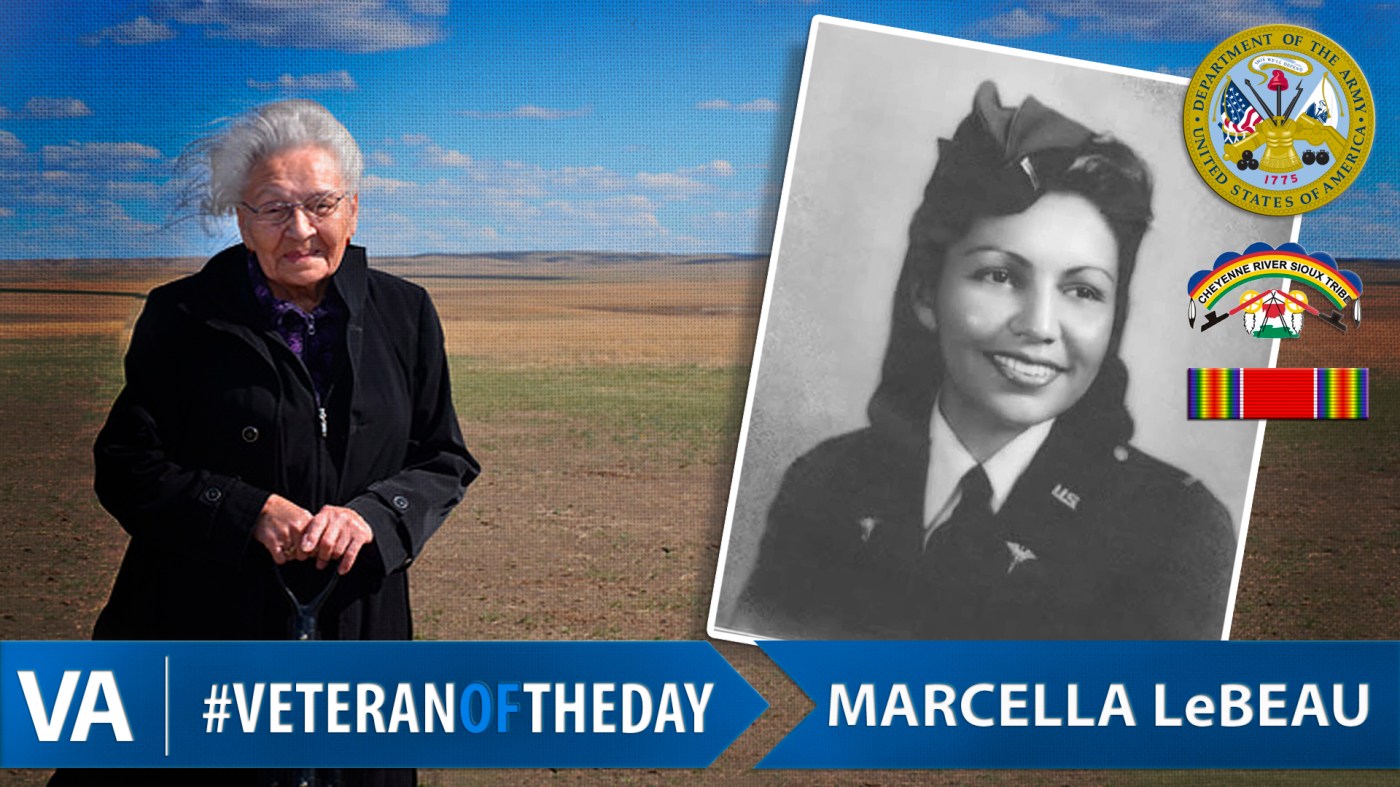 Today’s #VeteranOfTheDay is Army Veteran Marcella Ryan LeBeau.
Ninety-nine-year-old Marcella Ryan LeBeau enlisted in 1943 and served in the Army Nurse Corps in WWII, reaching the rank of 1st Lieutenant. Marcella received orders to join the 76th General Hospital unit and was shipped out to England, followed by Wales, France and Belgium, supporting the European Theatre Operations and caring for those injured in the Normandy Landings and on the front line during the Battle of the Bulge. Marcella is from Eagle Butte, South Dakota where she is a member of the Two Kettle Band of the Cheyenne River Sioux Tribe. During WWII, on the 60th anniversary of D-Day, Marcella traveled to France where she was presented with the French Legion of Honor Award. Marcella continues to participate at many Veterans’ events, speaking of her military experience in World War II.
In 2006, Marcella was inducted into the South Dakota Hall of Fame, being recognized for her military achievements as well as her 31 years in nursing. Marcella has raised a family of eight children and remains a fierce advocate for Veterans, the Lakota language and culture and much, much more.
Thank you for your service, Marcella.