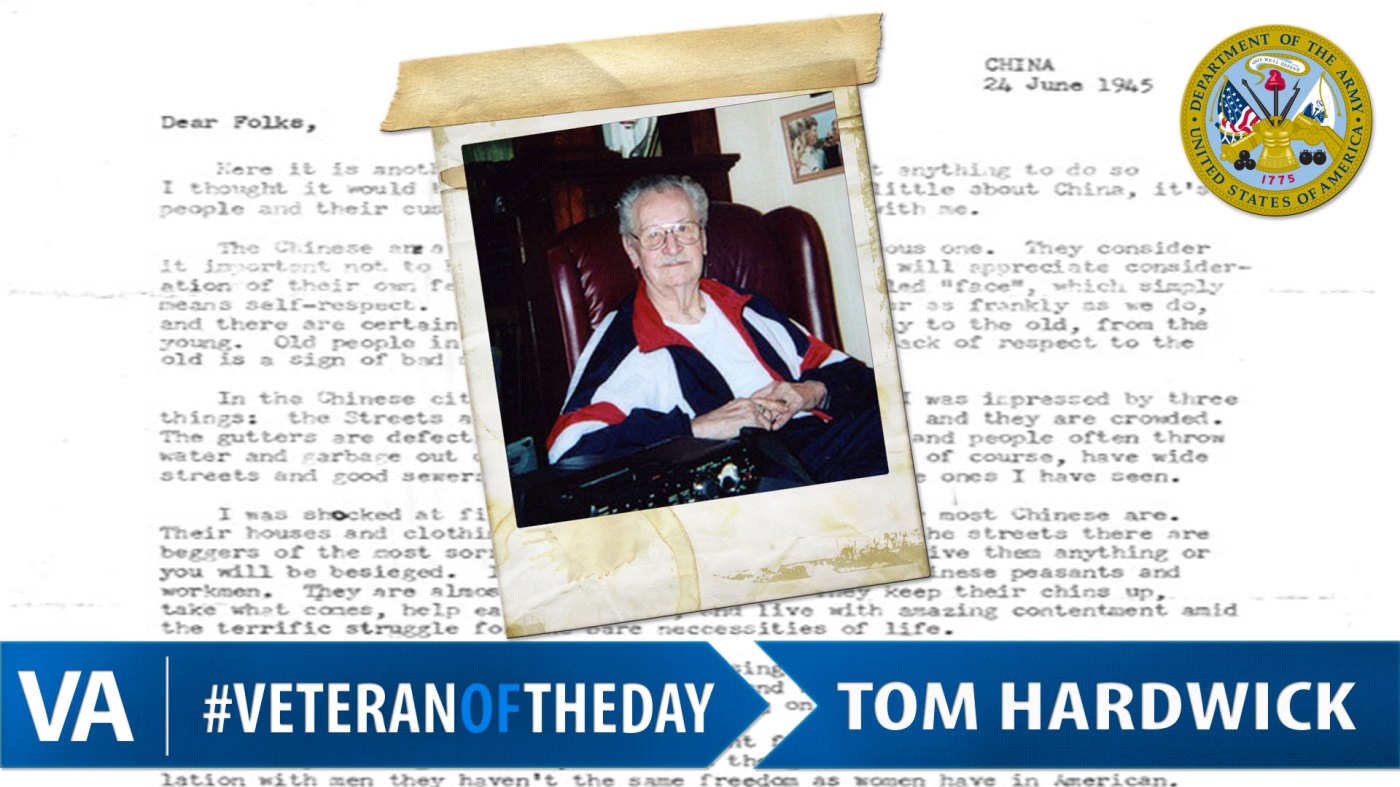 In 1943, Tom was drafted into the service. He completed basic training at Fort Bragg, North Carolina. During his training, Tom spent half of his day learning how to use 105 Howitzers and the other half learning office skills. Tom was then assigned to the 613th Field Battalion Pack and their mission was to use mules to bring Howitzers through the mountains of Burma. Tom and his battalion trained with mules at Camp Carson before being shipped overseas to Burma.

While in Burma, Tom’s battalion was part of the Morris Task Force, and their job was to open up Burma Road, in order to get supplies to the Chinese forces. Once they got to China, they helped train the Chinese troops. Tom spent most of his time in an office, often writing home to the families of soldiers killed in action. He was later sent to Shanghai as part of the Foreign Liquidation Commission. In this position he prepared soldiers to return home, making sure that they had enough points to do so. After a year doing this, Tom was discharged in 1946 and returned home to Indiana. He moved around to various jobs before getting into the wholesale beer business, which he retired from at the age of 60. Tom is also a lifelong member of the Veterans of Foreign Wars. He was post commander for a few years and also ran the honor guard for 25 years. More of his story can be found at http://memory.loc.gov/diglib/vhp/story/loc.natlib.afc2001001.00297/

Thank you for your service, Tom!