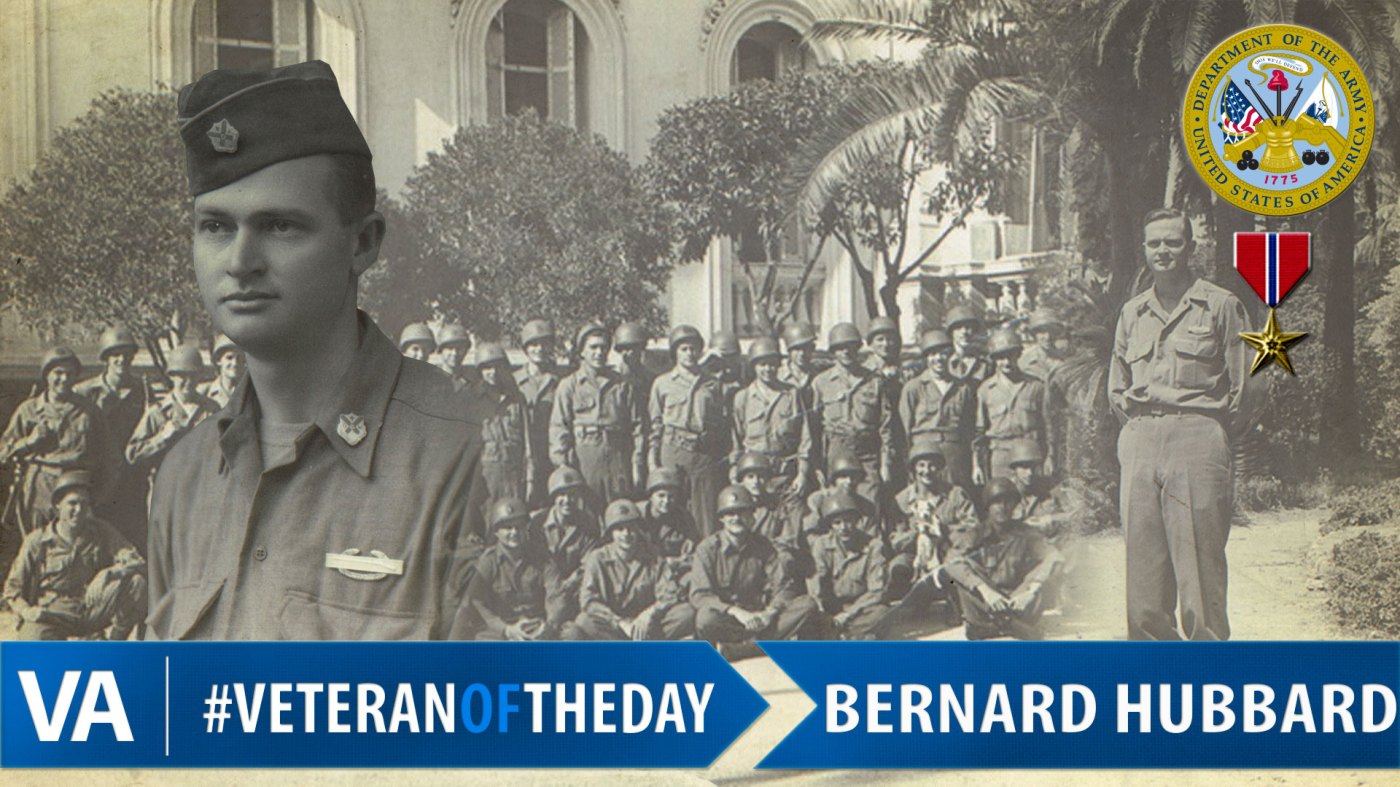 Bernard enlisted in the Army in September 1943 and completed his basic training at Camp Blanding, Florida. He completed 11 weeks of wire communications training before being sent to Naples, Italy in the spring of 1944. He was assigned to the 3rd Battalion of the 135th Infantry Regiment. This regiment was at the Anzio beachhead trying to fight their way into Italy and push the Germans back.

On Bernard’s second night at Anzio he was sent out to fix a wire when two German artillery shells hit close by, the second one so close that he was lifted off the ground because of its impact. Luckily, the shell didn’t explode and Bernard was able to fix the wire and safely return to the lines. After a few months, the 135th broke out of the Anzio beachhead and began to drive the Germans back, eventually reaching Rome. After the war was over and before Bernard returned home, he was able to visit many places in Europe such as Nice and Florence.

Bernard earned a Bronze Star for fixing so many communication lines in the middle of the night under heavy artillery and gunfire. He returned home to his wife in Alabama and met his son who had been born 14 days after he arrived overseas. He went to work for DuPont in 1951 and stayed there until he retired. He was a lifetime member of the Veterans of Foreign Wars and a member of the American Legion. He passed away in 2010. More of his story can be found at http://memory.loc.gov/diglib/vhp/story/loc.natlib.afc2001001.20356/