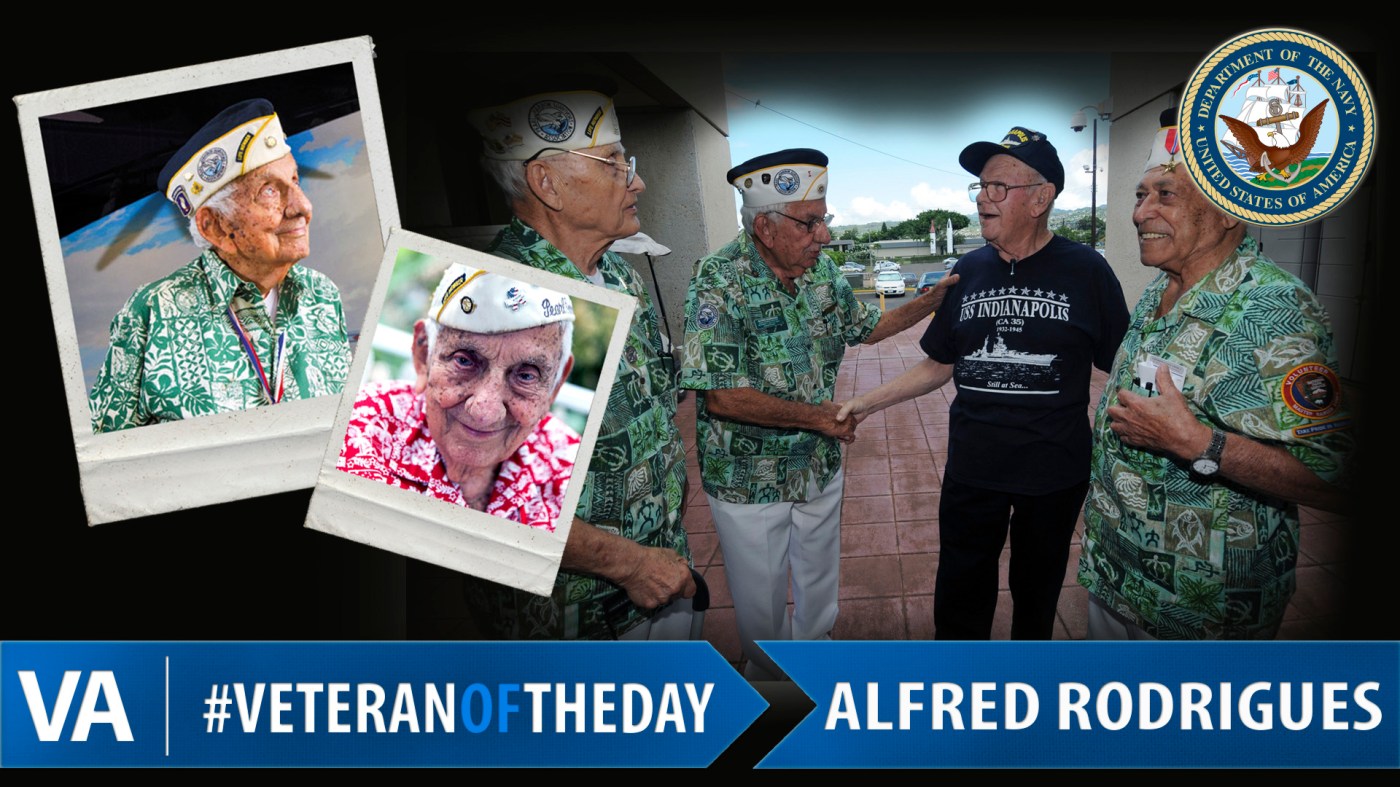 Al was born February 7, 1920 in Kapaa on the Hawaiian island of Kauai. Al attended Kauai High School in Lihue where he participated in many sports. At age 17, Al joined the Naval Reserves and was called into active duty in 1940.

Al was the Chief Storekeeper stationed at the USN Section Base Bishop’s Point. This base was located at the mouth of Pearl Harbor. As a storekeeper, he was in charge of providing supplies for sailors who lost their items. On December 7, 1941, Al was on the four-to-eight watch when he was informed that their destroyer, USS Ward, had just dropped depth charges on an unidentified submarine and sunk it. After his watch ended, Al was just sitting down to eat his breakfast when the general alarm sounded: “Man your battle stations. This is not a drill.”

Al immediately left for the armory where he was issued a .30 caliber rifle. While running to the armory, he witnessed the Japanese planes flying overhead and the smoke coming from the destruction. “They were flying low enough that you could see the pilots’ faces,” he said. With his rifle in hand, Al did what he could to bring down the planes.

After the Pearl Harbor attack, Al was on active duty indefinitely until the end of the war. In 1943, he was transferred to the USS Washington battleship. This battleship would go on to sink the Japanese battleship, Kirishima, and critically damage the destroyer, Ayanami. In Early 1845, Al was transferred to the District Material Redistribution Office in New York City. Once the war ended, Al applied for the Honolulu police force. He was first denied due to not meeting the weight requirement but was eventually accepted. However, Al chose to reenlist in the Navy and served as a Navy Chief at the Yards and Docks Supply Depot for the remainder of his Naval career. Al retired from the Navy after 24 years of service.

For many years, Al spent much of his time at the Pearl Harbor Visitor Center meeting and speaking to visitors about the brave men and women of World War Two who fought to preserve our freedom. Four days a week, the 98-year-old, “Uncle Al”, shares his story with visitors at the WWII Valor in the Pacific National Monument. Al is extremely appreciative of the conversations and reactions he has with the public when they come to visit the Pearl Harbor memorials. It’s important we remember those that lost their lives on December 7th and those who fought to defend our nation in the years to come.

Thank you for your service, Al!