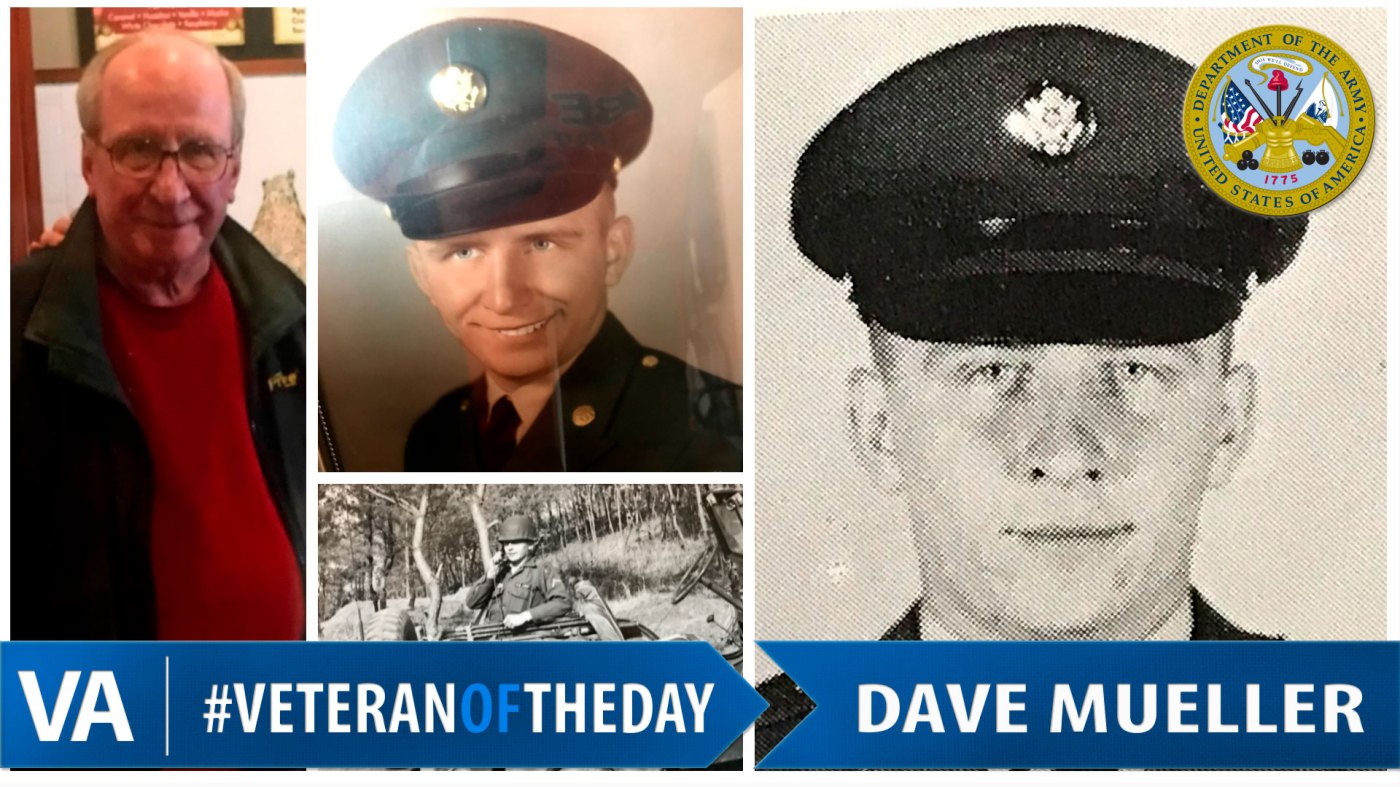 Dave was born in Chicago in July 1939 and is the youngest of his four siblings. He attended Austin High School on the city’s west side. After graduating from high school, he attended the University of Illinois-Chicago at Navy Pier.

In 1958, Dave decided that college was not for him and went to the selective service office with a high school friend, and together they volunteered to be drafted into the Army. Dave was then sent to Fort Leonard Wood, Missouri for basic training. He then went to Fort Knox, Kentucky, where he was trained to operate tanks, including driving the tank, as well as being a gunner. Following tank training, he transferred to Camp Irwin outside of Death Valley. Working in temperatures as high as 126 degrees, Dave worked as an operations clerk on the base.

In November 1959, Dave was deployed to South Korea aboard the USS James O’Hara. He was stationed at Camp Hovey, less than 20 miles from the boarder of North Korea. There, Dave was a member of the 1st Battle Group, 32nd Infantry, 7th Infantry Division. He was appointed once again to be an operations clerk and held the rank of specialist fourth class, which is equivalent to the rank of corporal. Dave participated in the creation of battle plans with top military officers during monthly trainings in what is commonly known as “war games.” Dave also held security positions, once being tasked with defending their battlefield region while protests erupted in Seoul against the First Republic of South Korea. He also was in charge of managing guards on duty and served as an unofficial assistant to the Catholic chaplain while deployed. In 1960, Dave returned to the U.S. and was discharged from military service.

After his service in the Army, he attended college for another year. He then pursued a career with a carpeting company. Today, Dave lives in Des Plaines, Illinois, remaining very active in his church and has four children and seven grandchildren.

Thank you for your service, Dave!