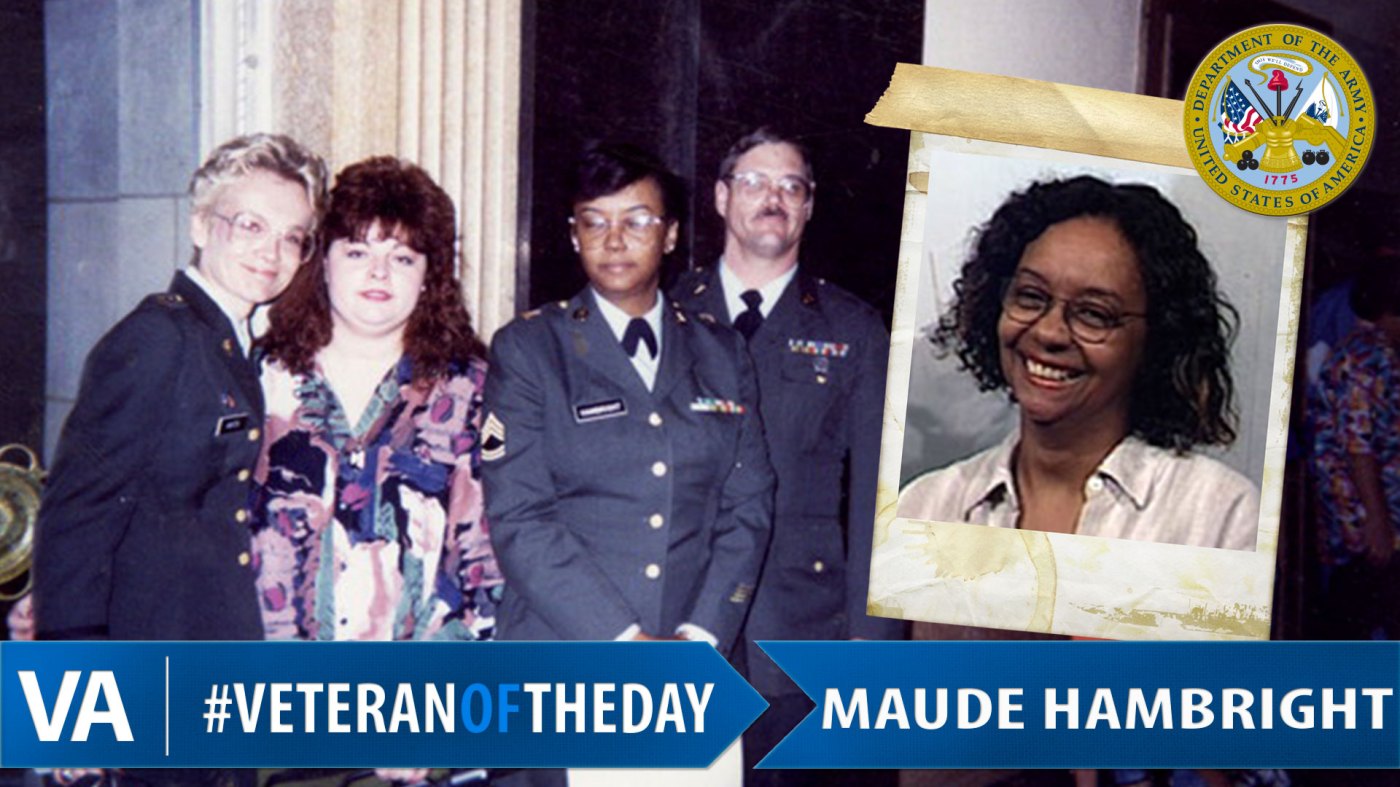 Maude joined the Army Reserve at the age of 30 and completed basic training at Fort McClellan, Alabama. She was also trained to be a typist. At first, she was a clerk typist then she later trained to work with medical records. Around 1980 she completed medic training, learning how take care of patients in the field.

In 1990, Maude was placed on active duty and sent to a military hospital in Los Angeles. At first, she was a training officer, where she would receive orders and arrange transportation for soldiers going overseas. Maude then moved to the medical records section where she processed soldiers coming back from the Gulf War. She noticed a pattern of unexplained illness among the soldiers, which would later be described as Gulf War Syndrome. Maude received a medical discharge in January 1993 due to a back injury after obtaining the rank of sergeant first class. She is also a member of Disabled American Veterans.

Thank you for your service, Maude!