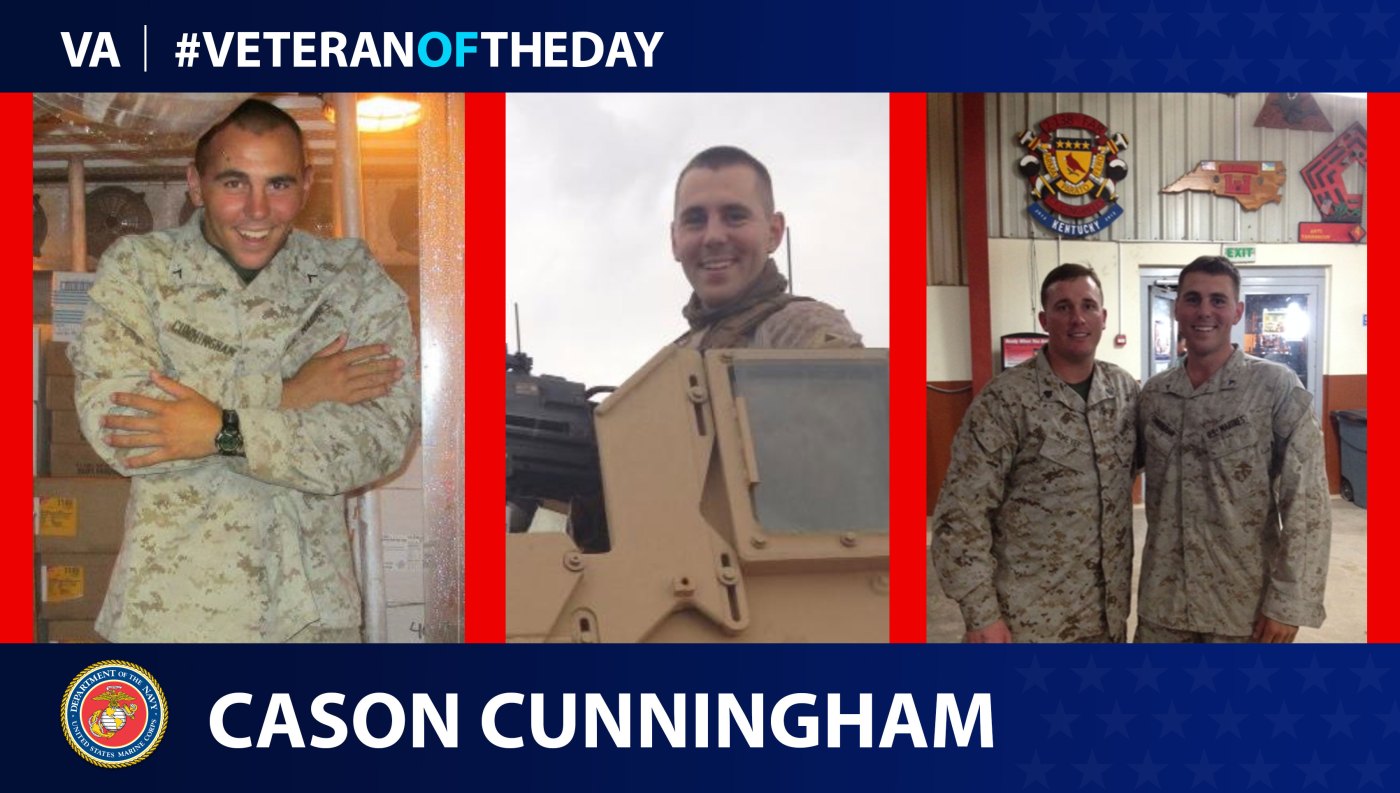 Today’s #VeteranOfTheDay is Marine Veteran Cason Cunningham. Cason served as a machine gunner in the Marine Corps from 2012-2016.

Cason was born in 1992 in Eugene, Oregon and graduated from Sheldon High School. He grew up in a patriotic family; two of his uncles and his grandfather were Marines. Cason was a talented pitcher in high school, but he had a strong call to duty and enlisted in the Marine Corps in 2012.

Cason was assigned to the 13th Military Expeditionary Unit (MEU) as a machine gunner. From August 2013 to April 2014, Cason travelled to Hawaii, The Philippines, Singapore, Kuwait, The United Arab Emirates, Bahrain, and Djibouti to train with foreign nations. It also included one month of Quick Reaction Force (QRF) training in Kuwait. One of his assignments was training with the Australian military for six months as a part of the Unit Deployment Program. During his military career he reached the rank of sergeant.

Cason was honorably discharged from the Marine Corps in 2016. He currently resides in McMinnville, Oregon and is a senior at Linfield College. He is also a prominent member of the Linfield College baseball team. Following graduation, Cason will continue to serve his community working as a teacher.

Thank you for your service, Cason!