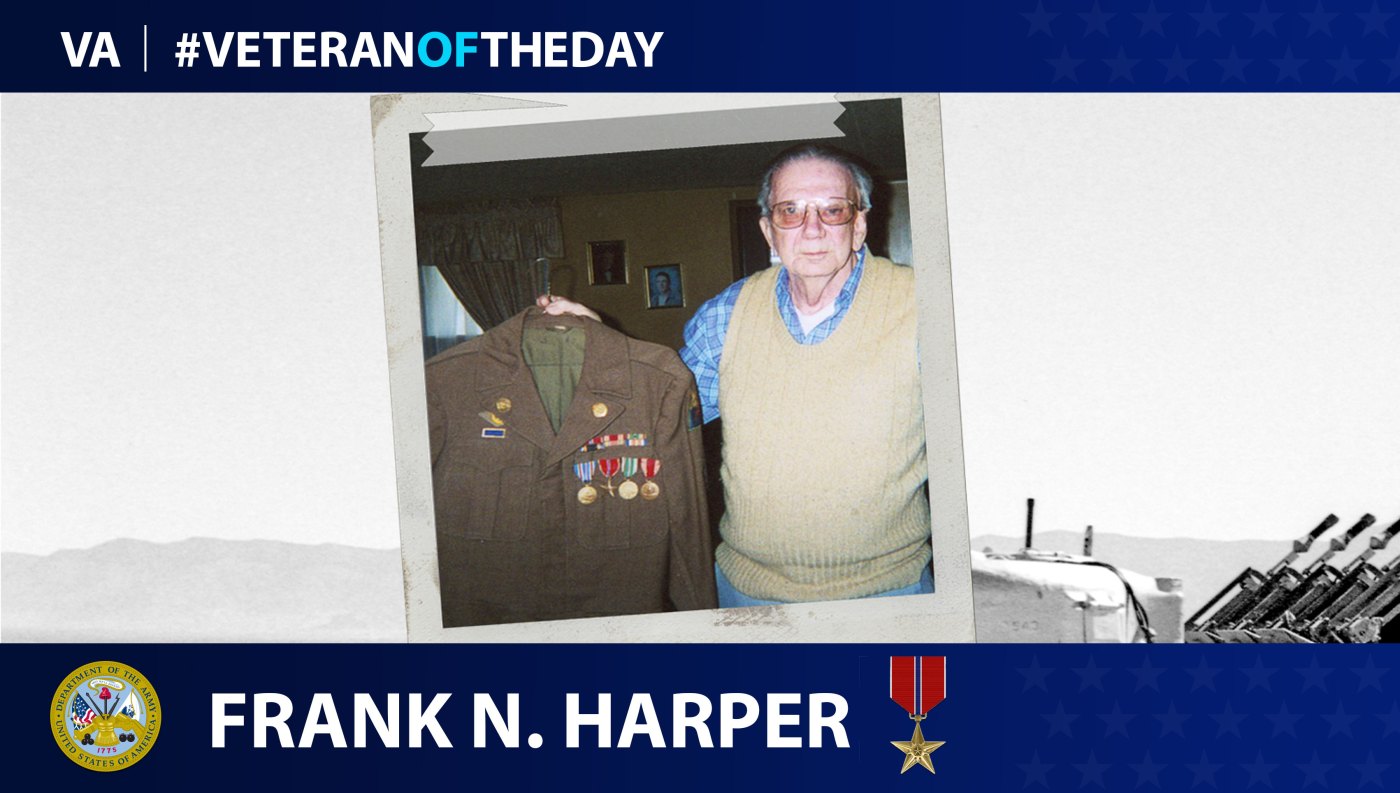 Frank was drafted into the Army in February 1943. He went to basic training the next month at Fort Hood, Texas. After basic training he was assigned to the 743rd Tank Battalion and sent to Camp Laguna in Arizona. Frank soon went overseas to England in preparation for D-Day. Unlike most, Frank’s unit knew they were preparing to invade and they were being trained to use special Sherman tanks. On D-Day, Frank landed on Omaha Beach, where he witnessed many tanks sink in the water before they even got to shore and others being shot by the enemy. Frank’s own tank was shot and disabled.

After Frank’s tank was shot, he was able to get out and make it to shore, where he found other tanks that needed help. During this time, he remembered being shot at by French female snipers who were married to German soldiers. Frank and his unit spent about a month amongst the hedgerows before they moved up through Belgium and into Germany. Frank was at the Elbe River when he learned that the war was over. Even though the war was over, some German civilians were still shooting at them, refusing to give up and wounding some of his fellow soldiers. His unit earned the Presidential Unit Citation for their actions on D-Day and Frank himself earned the Bronze Star for his outstanding performance as a gunner and tank commander. Frank was discharged in 1945 and returned to the job he had before war, working for the company Herff Jones, which makes and sells yearbooks and class rings.

Thank you for your service, Frank!