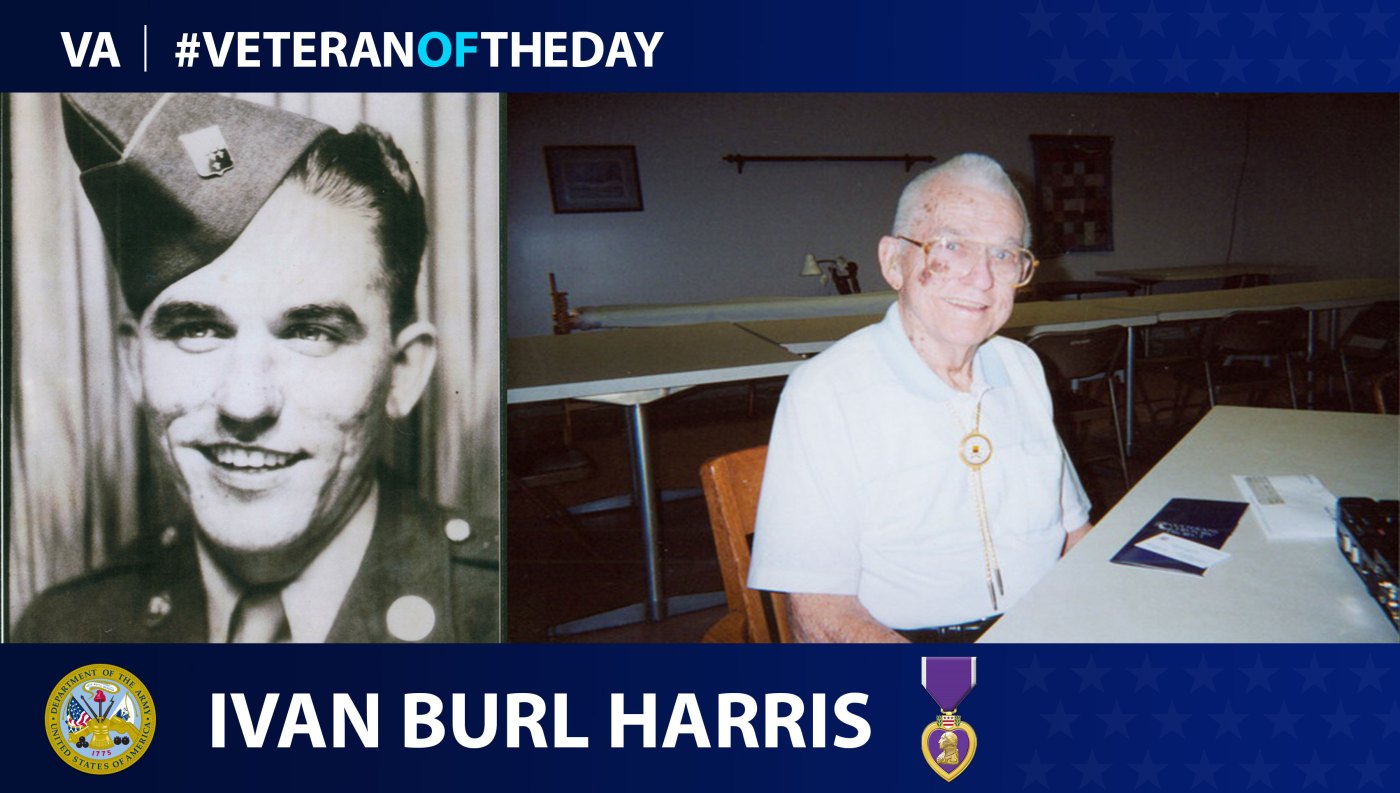 Ivan received his draft notice in 1942. He was inducted at Fort Benjamin Harrison in Indiana and then went to Camp Livingston, Louisiana for basic training. Ivan found basic training to be rigorous but felt prepared for it. He then went to radio training at Fort Riley, Kansas. Here he learned Morse code and had to be able to type sixteen words a minute before he could graduate. Ivan was then assigned to a mechanized cavalry unit and sent overseas. He first landed in Scotland, then did some training in England before crossing the channel to France. When Ivan first crossed the channel his ship was hit by a mine, wounding him and earning him a Purple Heart.

Ivan had to return to England for a week before crossing the channel again. He was a radio operator for an armored truck during his time in Europe. Ivan’s unit reached Germany around Christmas 1944. A few weeks later, Ivan was hit with a piece of shrapnel, earning him a second Purple Heart. He recovered in a field hospital for three months and then spent another three months in a hospital in England. Ivan was later sent home and discharged, a few days before the war with Japan ended. He used his G.I. Bill to go to linotype school. Ivan then became a linotype operator for a local newspaper and then went to work at a post office.

Thank you for your service, Ivan!