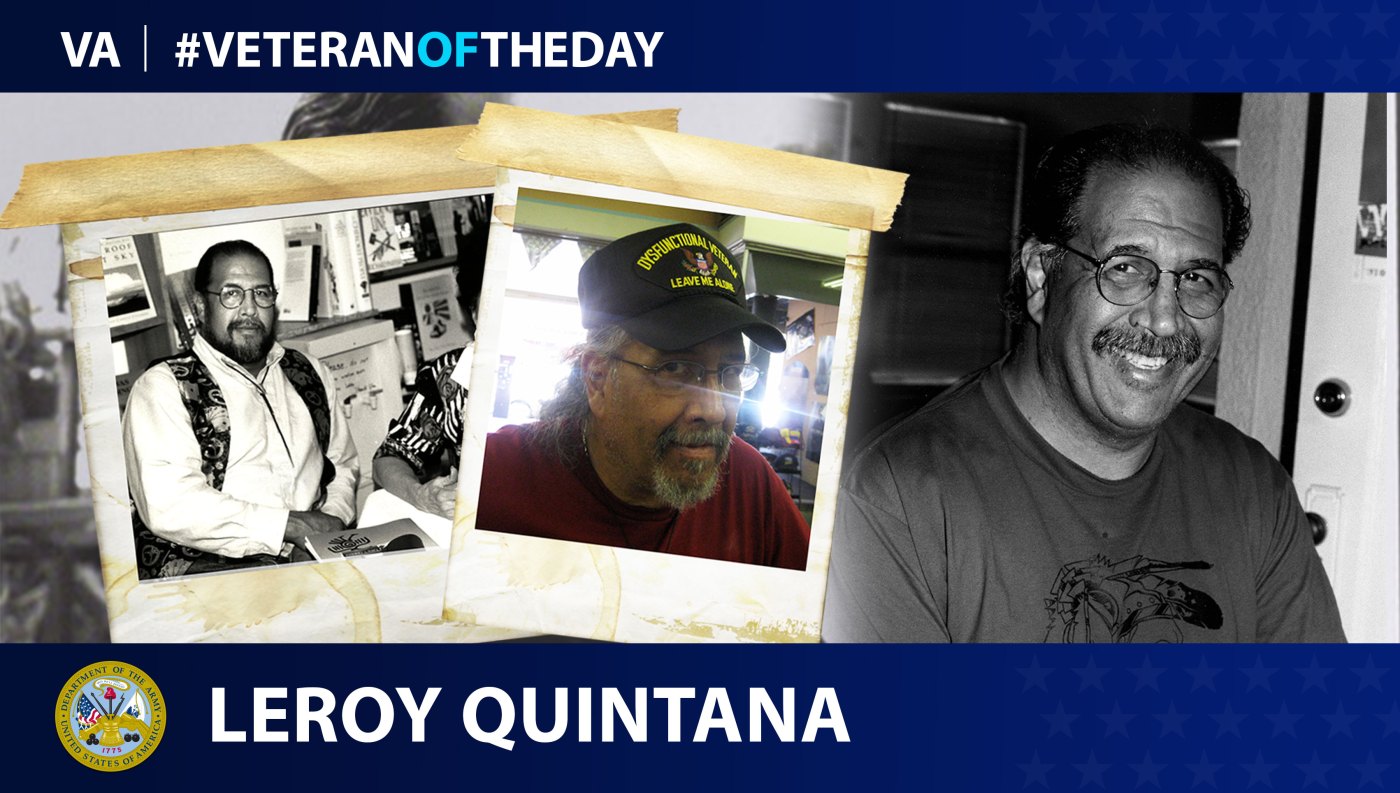 After graduating from jump school, the New Mexico native was given a month’s leave before being deployed with the 101st Airborne in Phan Rang, Vietnam. Upon arriving, Leroy was assigned to a five-man reconnaissance team and tasked with performing week-long reconnaissance patrols in the surrounding jungles. During one of these patrols, Leroy and his team took up a position to shelter from the rain. Unknown to them, they had stopped right next to a trail used by enemy forces. Later that day, a file of enemy troops passed near Leroy and his team but did not detect them. After the column had passed, Leroy and his team were able to radio in the location of the enemy troops for U.S. gunships to attack.

After leaving Vietnam, Leroy served out the final three months of his enlistment at Fort Bragg, North Carolina and was discharged in 1969 at the rank of specialist four. After returning to New Mexico, Leroy reenrolled at the University of New Mexico and earned a bachelor’s degree in English. He then worked as a drug and alcohol counselor for a short time before winning an assistantship at New Mexico State University and becoming the editor for the literature magazine, Puerto del Sol. Leroy went on to publish several of his own poetry books to great critical acclaim, including Hijo del Pueblo and Sangre.

Thank you for your service, Leroy!