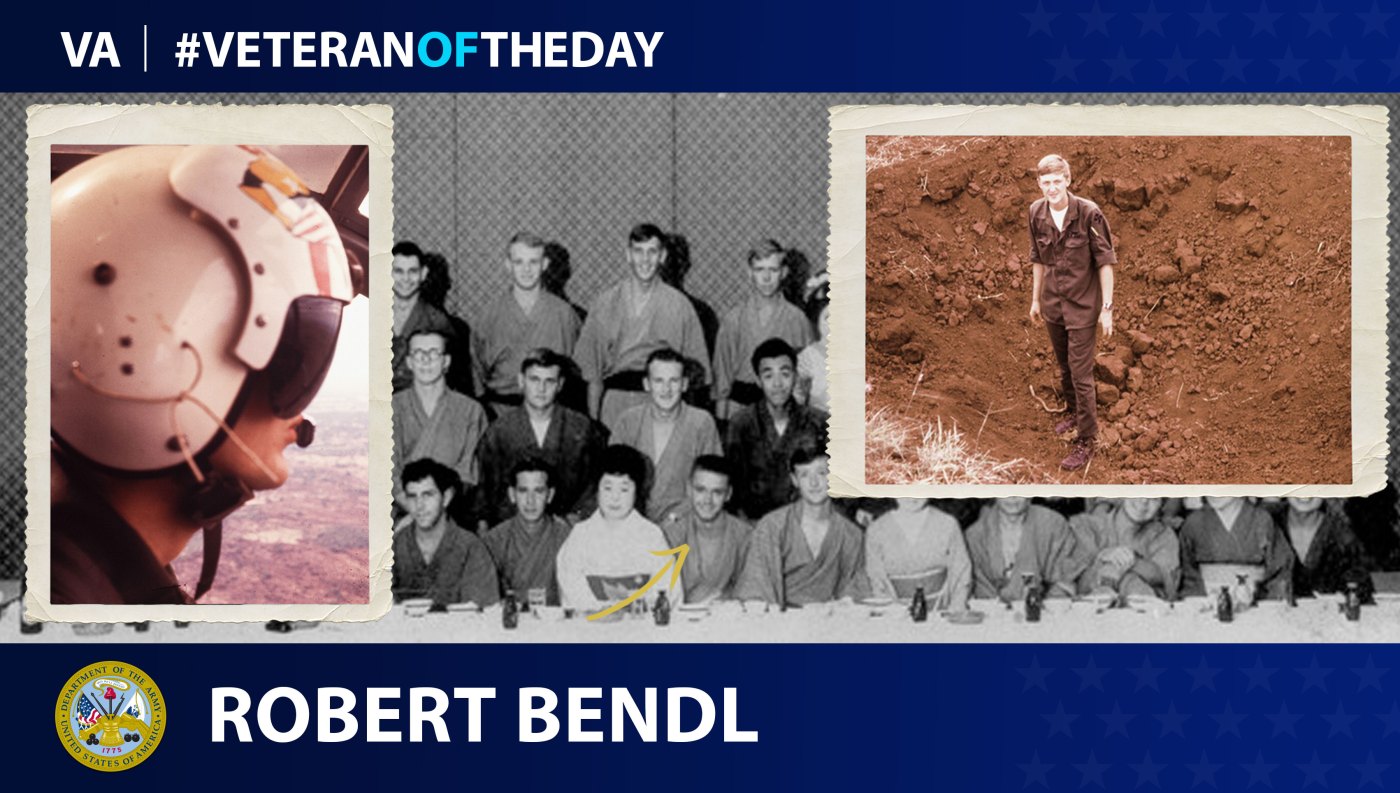 Following in the footsteps of his father, Robert enlisted with the Army in 1967 and attended basic training at Fort Polk, Louisiana. After basic training, Robert went to flight school at Fort Walters, Texas. Following flight school, Robert received training as a crew chief at Fort Eustis, Virginia where he was trained in helicopter maintenance, loading and door gunnery.

Upon qualifying as a crew chief, Robert was stationed at Fort Stewart, Virginia before being deployed to Vietnam. After landing in Long Bhin Army Base, Robert was sent to Pleiku, South Vietnam and assigned to the Headquarters Division Artillery, 4th Infantry Division.

While in Vietnam, Robert generally started his day by inspecting the base’s defenses for any signs of tampering or breaching and then began the day’s mission. Missions varied day to day and could include airdropping supplies, transporting soldiers or directing artillery fire. On one mission, while resupplying a forward base, Robert’s helicopter was shot down by enemy fire. Despite crashing, Robert and his crew managed to escape without injury and were quickly recovered by another helicopter.

After returning to the United States, Robert was discharged at Fort Hood with the rank of specialist five and was awarded an Army Commendation Medal.  From Fort Hood, Robert returned home to Newport, Virginia and started college, earning a degree in Marine Science. After graduating, Robert spent ten years working with the Virginia Institute of Marine Science before returning to school for a degree in Public Administration. After earning his second degree, Robert went to work for Virginia University before joining the Virginia Department of Transportation.