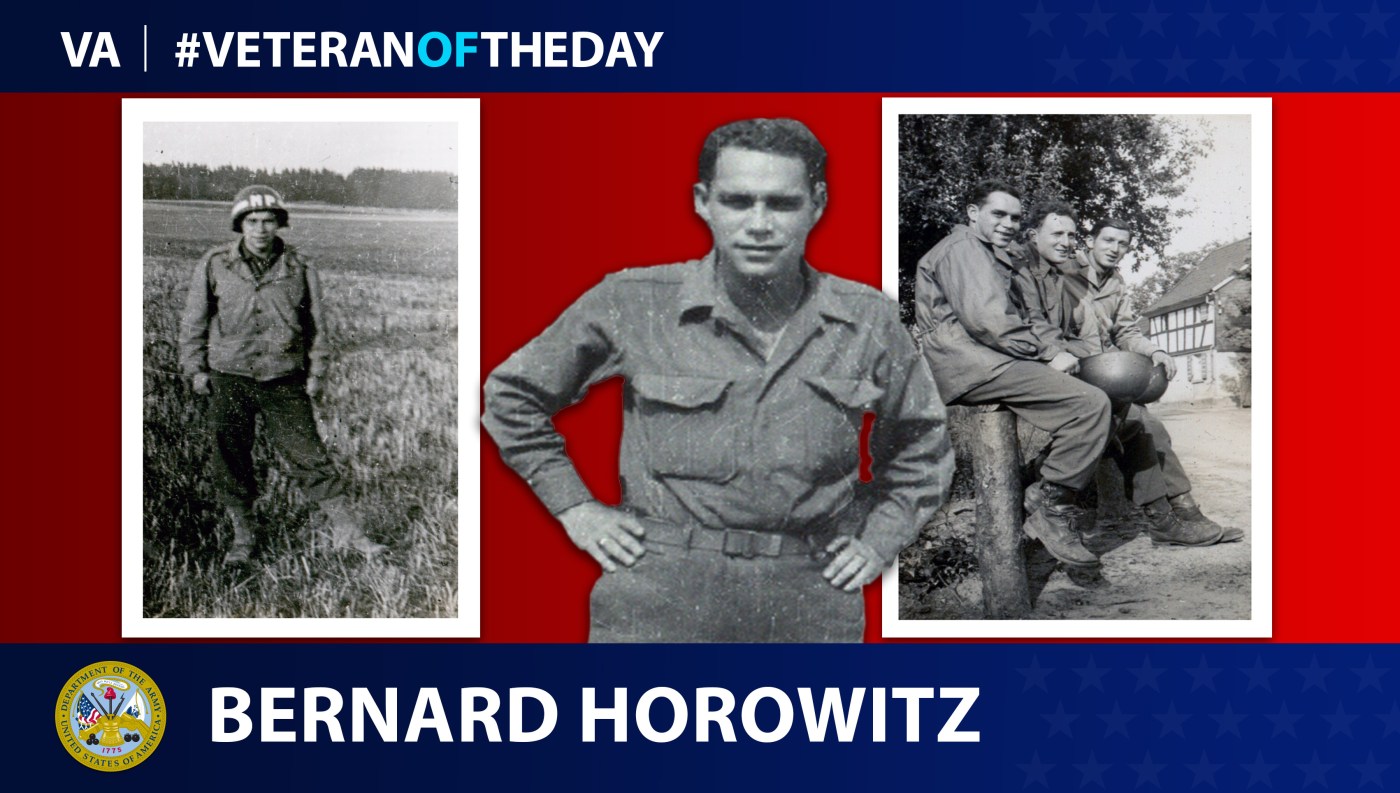 Bernard Horowitz was drafted into the Army in 1943. He had wanted to enlist earlier, but since his other brother was already serving his mom did not want him to serve as well so she would not give him permission. He went to Camp Grant in Illinois where he first did some clerical training. Bernard was then trained to be a medic and learned how to bandage people and care for them on the battlefield. He was then assigned to the battalion headquarters as a battalion clerk. It was his job to be in charge of the rations for all four companies at Camp Grant. Bernard made sure they got all the necessary food and that at the end of training there would be enough food to throw a party for the soldiers. Next, Bernard was transferred to a base in Wisconsin where he was responsible for discharging soldiers. While he was there, he fired a gun for the first time with no training and ended up with a swollen lip from the kick of the gun.

Bernard was later assigned to the 553rd Military Police Escort Guard and sent over to Europe. He stopped in England then landed in France a few days after D-Day. One of his jobs was to guard prisoners and take them to bury dead cattle. Bernard also did traffic control when the Allies cut off the Cherbourg Peninsula. At one point, Bernard was on his way to Versailles to watch over prisoners there when he passed by a howitzer company and saw one of his cousins. During his free time, Bernard liked to listen to the radio that his whole squad had chipped in and bought to share. After the war was over, he went to Frankfurt, Germany for occupation duty and was discharged on December 7, 1945, exactly 4 years after the United States had entered the war. When Bernard got home, he attended design school and joined an organization for Jewish Veterans.

Thank you for your service, Bernard!