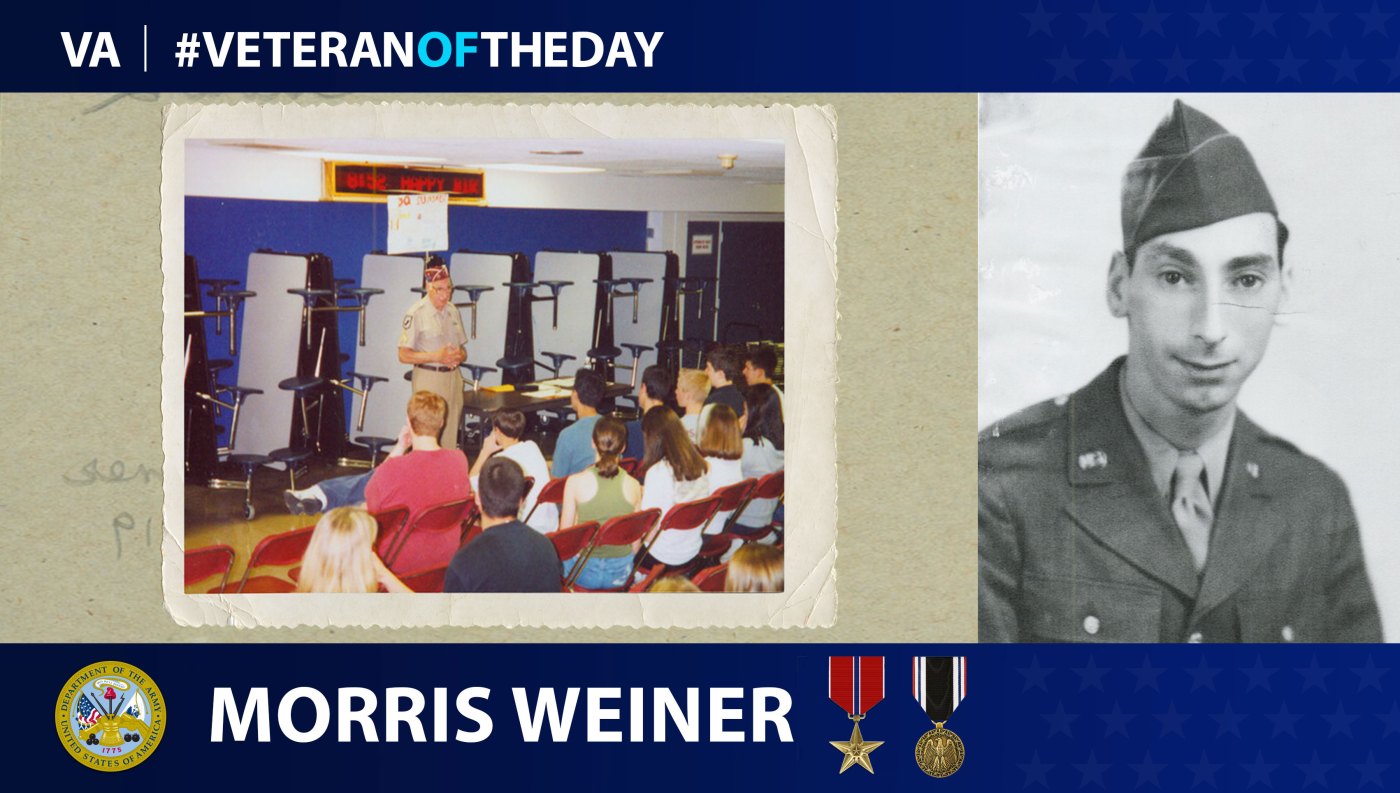 Illinois native Morris Weiner was drafted into the Army in 1943 and received basic training at Camp McCoy, Wisconsin. After completing basic training, Morris received deployment orders for Europe and was taken by boat to France. Upon arriving in France, Morris was assigned to Company G of the 16th Infantry Regiment, 1st Infantry Division.

From France, Morris and the 16th Infantry Regiment were sent to the front line in Ogden, Germany. There, Morris participated in the Allied advance through Europe, fighting through Cologne and Luxembourg, and eventually reaching Bastogne, Belgium, where Morris and his regiment fought in the Battle of the Bulge.

During the battle, Morris and two other men from his company were sent on a reconnaissance patrol. During their patrol, the men found a position from which they could spot a German line. They were then ordered to stay and direct artillery fire on the enemy position. Once it became too dark to continue, Morris and his fellow soldiers prepared to return to their company. However, before they could leave, Morris and his men were surrounded and captured by German forces.

Morris was taken aside and asked by his captors if he was Jewish. However, his German captors seemed more concerned with the ongoing battle and as a result, did not bother separating him from the other prisoners. Morris was then loaded into a boxcar with 48 other Allied prisoners and spent the next two days locked inside without food or water.

After the two-day journey, Morris and his fellow prisoners arrived in Frankfort. There, Morris was placed in a camp with over 20,000 other Allied prisoners. During their captivity, Morris and his fellow inmates lived in abysmal conditions, where disease and lice became rampant, and prisoners were forced to subside on scraps and sawdust. Morris spent much of his time fearing his captors would eventually find out he was Jewish. However, that day did not come. After spending six months in captivity, British forces liberated the camp.

Upon being liberated, Morris received treatment for lice and was sent to a hospital in England to recover from malnourishment. Upon entering the camp, Morris had weighed 170 lbs., by the time he left, he weighed only 98 lbs.

For actions during his service, Morris was discharged at the rank of corporal and presented with eight medals, including the Bronze Star and the Combat Infantryman Badge. After returning home, Morris returned to working in the restaurant business with his father in law and spent time volunteering with the Veterans Administration. As a result of his experiences, Morris struggled with PTSD for the remainder of his life.