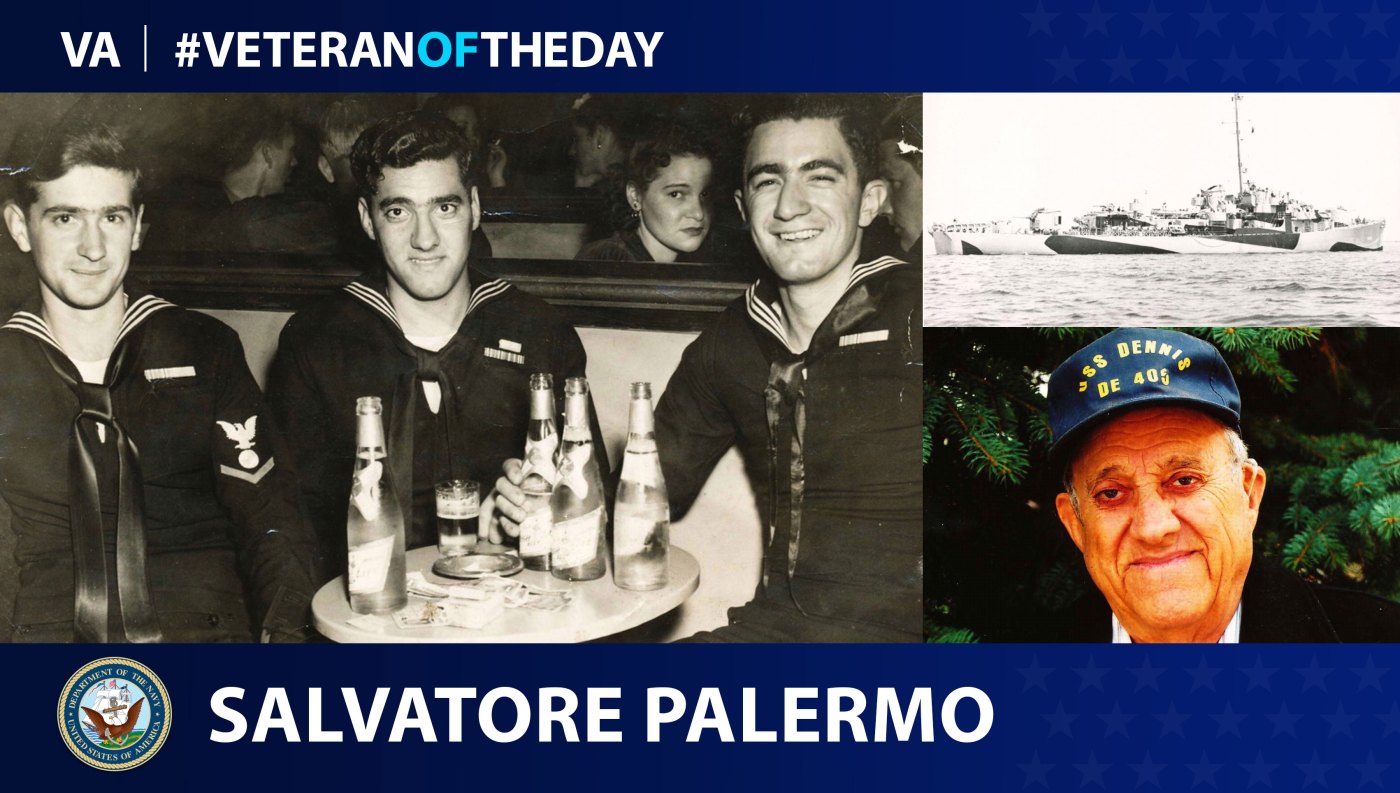 The son of Italian immigrants, Sam was born and raised in Melrose Park, Illinois and worked as an apprentice tool and die maker. In June 1943, Sam was drafted into the Navy and underwent basic training at the Farragut Naval Training Station in Lake Pend Oreille, Idaho.

After completing basic training, he was assigned as a machinist and received six months of education in marine engineering at the University of South Dakota. Following his training, Sam was sent to Norfolk, Virginia and assigned to the destroyer-escort USS Dennis. There, he was responsible for maintaining the engine.

Following one month of training in Bermuda, Sam and his crew were assigned to the Pacific. Upon arrival, Sam and the USS Dennis fought in the Battle of Leyte Gulf, where U.S. and Australian Naval forces hoped to cut off the Japanese fleet from Southeast Asia.

After Okinawa, Sam was assigned to the USS Dorothea Dix troop transport where he assisted in bringing troops stationed in the Philippines back to the U.S. following Japan’s surrender.

Sam was discharged in Dec. 1945 as a machinist’s mate third class. Upon returning home, he went back to work as an apprentice toolmaker. For actions during the Battle of Leyte Gulf, Sam earned a Philippine Liberation Medal and a Presidential Unit Citation.