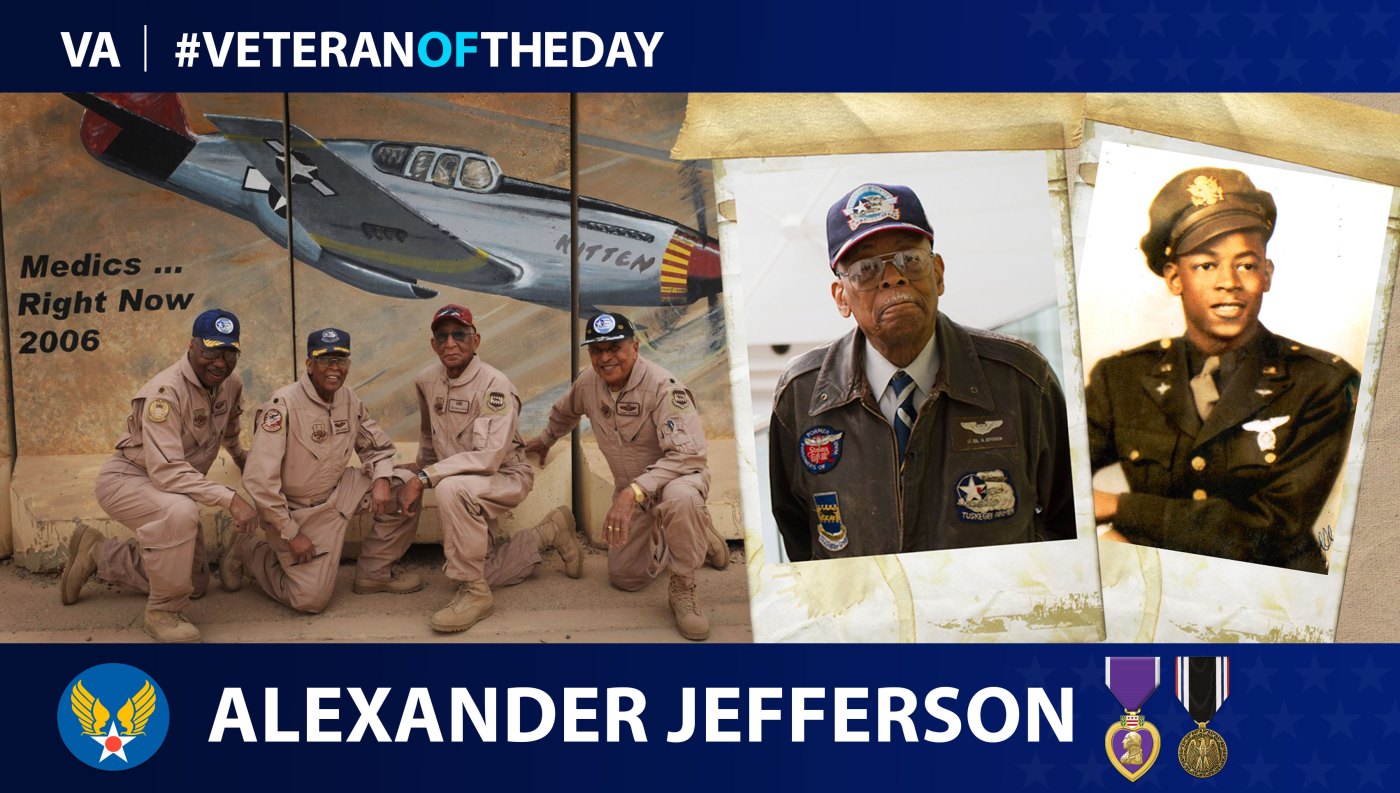 Originally from Detroit, Alexander attained a bachelor’s degree in chemistry and biology from Clark College in Atlanta and in September 1942, was sworn in to the United States Army Reserves. He volunteered for flight school but was not accepted, so he began his graduate studies at Howard University in Washington D.C. In April 1943, Alexander was sent to Tuskegee Army Air Field for flight training, where he graduated from in 1944. The Tuskegee Airmen were the first African-American military aviators in the United States military.

Alexander served with the Red Tail, 332nd Fight Group, 301st Fighter Squadron as a P-51 fighter pilot in Ramitelli, Italy. He flew 18 successful escort missions for B-17 and B-24 bombers. On Aug 12, 1944, Alexander was shot down in Toulon Harbor, France and was immediately captured by German troops. He was held as a prisoner of war for nine months: initially, 80 miles east of Berlin in Poland at Stalag Luft III and afterwards, 20 miles north of Dachau at Stalag VII-A. Alexander was treated like the other Allied officers and was never beaten.

On April 29, 1945, General Patton’s Third Army liberated Alexander and the other prisoners of war at Stalag VII-A, which included 12 other Tuskegee Airmen.  In an interview for the Veteran History Project, he described the atrocities as “man’s inhumanity to man”, a line from the Robert Burns’ poem “Man Was Made to Mourn: A Dirge”.

In 1947, he was discharged from active duty and retired from the reserves as a lieutenant colonel in 1969. After the war, he worked as an elementary school teacher and retired as an assistant principal in 1979.  In 2005, Alexander published his memoir Red Tail Captured, Red Tail Free: Memoirs of a Tuskegee Airman and POW, and the 2016 film The Luft Gangster: Memoirs of a Second Class Hero chronicles Alexander’s experience as a Tuskegee Airman.

For his service, Alexander was awarded the Purple Heart in 2004 and the Congressional Gold Medal in 2007.