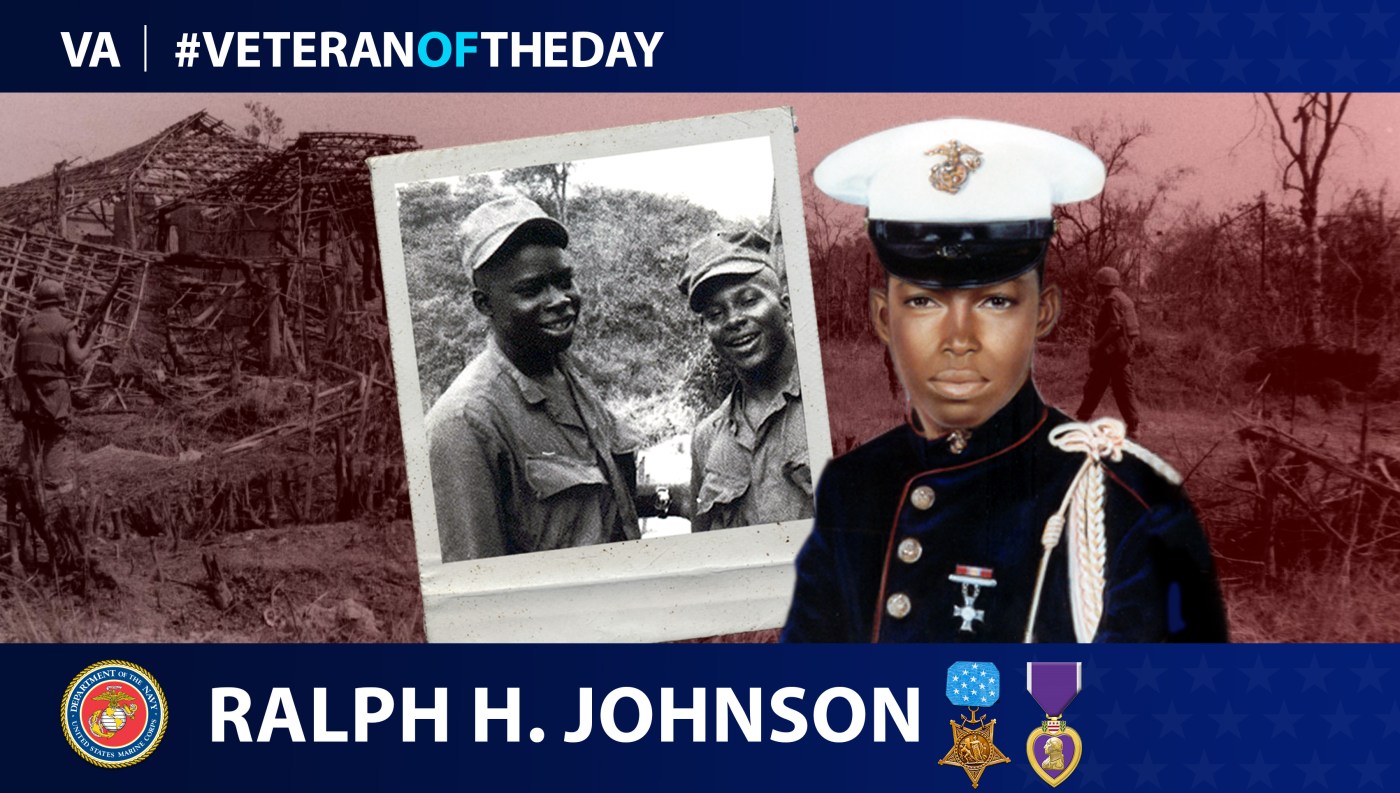 Today’s #VeteranOfTheDay is Ralph H. Johnson. Ralph was born in 1949 on the west side of Charleston, South Carolina. The fourth born of 14 children, Ralph grew up during a time when opportunities were few for a young African American man with little money or connections. His sister Helen remembers, “We used to go to the Lincoln Theatre near Spring Street. Ralph would see the guys in their Marine Corps uniforms and he would say, “You know what? One day I’m going to wear that uniform.”

In 1967, he enlisted into the Marine Corps Reserve in Oakland, California and a few months later entered the regular U.S. Marine Corps. He was quickly promoted to private first class. The night before he left for Vietnam, Helen remembers the two talking through the night and Ralph rushing in the early daylight to catch his flight. He arrived in Vietnam in January 1968 and was assigned to Company A, 1st Reconnaissance Battalion, 1st Marine Division, Fleet Marine Force.

On March 5, Ralph went out with his reconnaissance patrol to an observation post near the Quan Duc Valley. When a grenade landed in his foxhole, Ralph jumped on the grenade and saved the lives of his fellow Marines on patrol. At 19 years old, Ralph died immediately from the blast. The Marines who survived were then able to hold the position and prevent enemy soldiers from breaking their line of defense.

Ralph was awarded the nation’s highest military decoration, the Medal of Honor, for his actions as well as the Purple Heart and the Vietnam Service Medal with two bronze stars. In 1991, the Charleston VA Medical Center was renamed the Ralph H. Johnson Veterans Affairs Medical Center in his honor. Today, the Medical Center services more than 67,000 men and women who have served the United States. In 2012, the Secretary of the Navy also honored Ralph’s service by designating a 65th Arleigh Burke-class destroyer the USS Ralph Johnson.