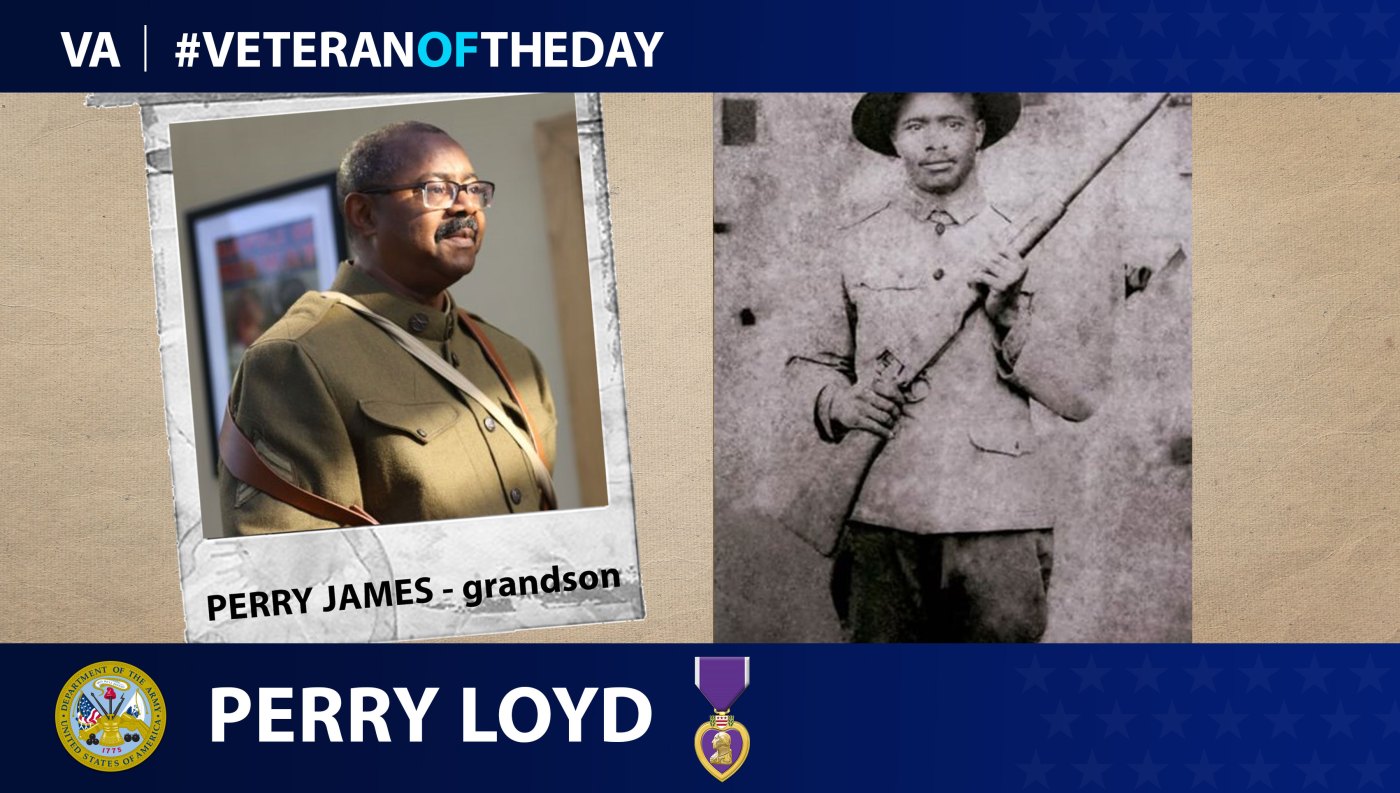 Perry enlisted with the United States Army at Camp Jackson (now Fort Jackson), South Carolina on Oct. 10, 1917. After completing basic training, he was assigned to the 371st Infantry Regiment, 93rd Infantry Division, a segregated division of the U.S. Army and the only African-American division allowed to serve in combat during World War I.

In April 1918, Perry and the 93rd Infantry Division were deployed to France. Upon arriving, Perry and the 371st Infantry Division were attached to the French 157th Régiment d’Infanterie under command of General Mariano Goybet, who had been in desperate need of reinforcements. For three months, Perry and his fellow soldiers served on the front line under French command, holding positions at Avocourt and later at Verdun, France.

In September 1918, Perry and the 93rd Infantry Division were taken off the front line in preparation for the Meuse-Argonne Offensive. For 47 days, Allied forces launched a massive assault across the entire Western Front in the largest offensive operation in U.S. military history. Perry and his regiment began their offensive in Champaign, France on Sept. 26, 1918. By Oct. 6, the 371st Infantry Regiment had successfully taken positions from German forces across Northern France, including Hill 188, Bussy Ferme, Ardeuil-et-Montfauxelles and Trieres Ferme.

On Sept. 29, 1918 while fighting in the Meuse-Argonne Offensive, Perry was wounded in action. Perry survived his wounds and following the Armistice, was discharged at the rank of sergeant. Upon completing his service, Perry returned to his home state of South Carolina, where he worked as a sharecropper until passing in 1946 at the age of 61.

Despite being wounded in action, Perry never received the Purple Heart. His grandson and namesake, Perry James, sought to rectify this, researching military records and petitioning with his congressional office.

On Oct. 13, 2018, 100 years after being wounded in France, Perry was posthumously awarded the Purple Heart for injuries sustained during combat.