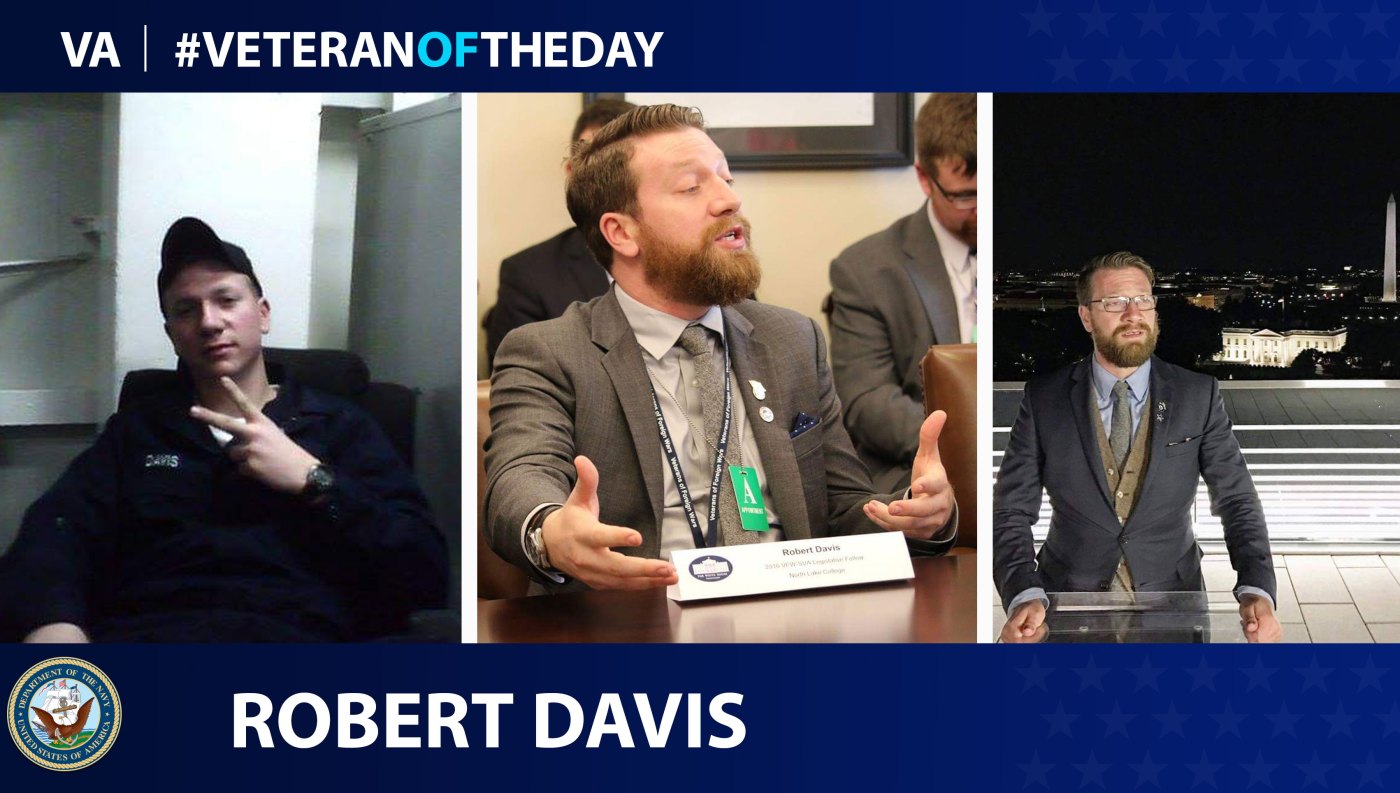 Robert was born in Dallas, Texas. He joined the Navy in 2004 to follow in his father’s footsteps. He served as a boatswain’s mate aboard the USS Peleliu, LHA-5 until 2008.

He deployed in 2006 and 2008 in support of OEF/OIF and in 2007 on the Peleliu Pacific Partnership, a humanitarian mission to the South Pacific.

He left the Navy in 2008 and made his way to Washington D.C., to pursue his interests in Veterans advocacy.