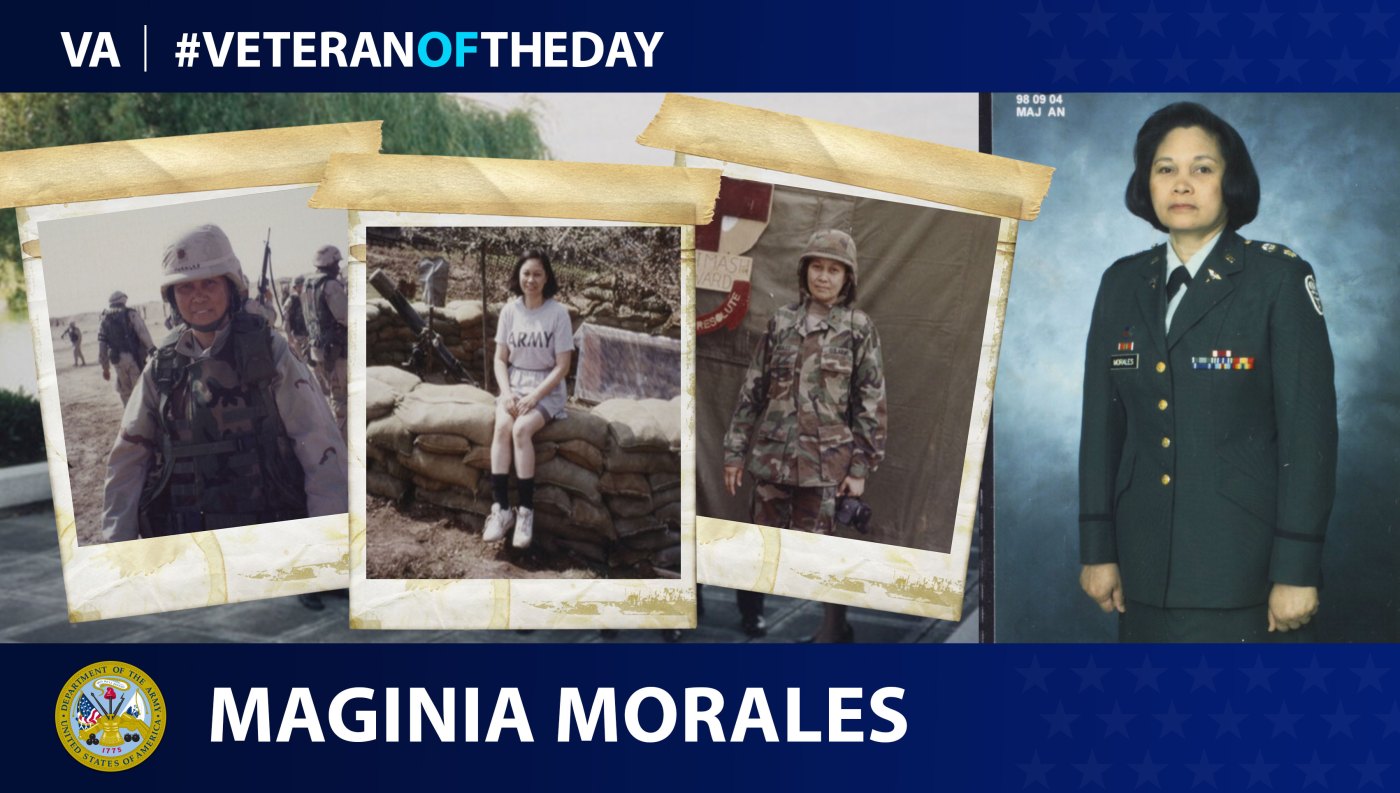 Maginia was born in the Philippines and received her qualifications in nursing before immigrating to the United States in 1977. Upon arriving, she began work as a nurse in Memphis, Tennessee and later earned a bachelor’s degree in nursing from the University of Memphis.

After graduating college, she was recruited by the United States Army and commissioned as a first lieutenant in 1985. Upon joining, Maginia completed the officer basic course and officer advance course at Fort Bullis, Texas. After serving four years in the Army Reserves, she enlisted as active duty with the U.S. Army in 1989.

For her first assignment, Maginia worked in the burn unit at the United States Army Institute of Surgical Research in San Antonio, Texas, where she earned the rank of captain. During her time in San Antonio, she also earned her master’s degree in Science and Nursing at the University of Texas Health Science Center.

After completing her master’s degree, Maginia continued her career with the Army. She received her first overseas deployment in 1994 with the 95th Combat Support Hospital in Heidelberg, Germany. Due to her extensive knowledge on neurological and burn trauma, she was assigned to the 212th Mobile Army Surgical Hospital. While serving with the 212th MASH, Maginia participated twice in MEDFLAG operations, where U.S. forces in Europe deployed a team of medical personnel to African countries to provide combat medical training and humanitarian assistance.

In December 1995, Maginia served her first combat deployment when the 212th MASH were assigned to the Multinational Implementation Force (IFOR) in Bosnia. While en-route to Bosnia, she and her unit were forced to stop in Croatia until January while the Army Corps of Engineers replaced a destroyed bridge. There, they treated a variety of needs, including cold weather injuries and victims of mines which were laid during the Serb-Croat War. After the construction of the bridge, Maginia and the 212th MASH continued to Tuzla, Bosnia, where they remained stationed to treat any injuries. There, she served as chief of the critical care section before returning to the United States in November 1996.

After returning to the U.S., Maginia was assigned to William Madigan Army Medical Center, Washington, where she led the intensive care department and earned the rank of major. She went on to serve at Fort Bliss as a clinical nurse specialist in cardiology and later became director of the heart failure clinic. In July 2001, Maginia was reassigned to the 31st Combat Support Hospital. In January 2004, the 31st CSH was deployed to the city of Baqubah, Iraq during Operation Iraqi Freedom. Maginia returned to the U.S. in February 2004 due to illness and was granted temporary medical disability before being assigned to William Beaumont Army Medical Center. She remained there until retiring in November 2004 at the rank of Major.

Thank you for your service, Maginia!