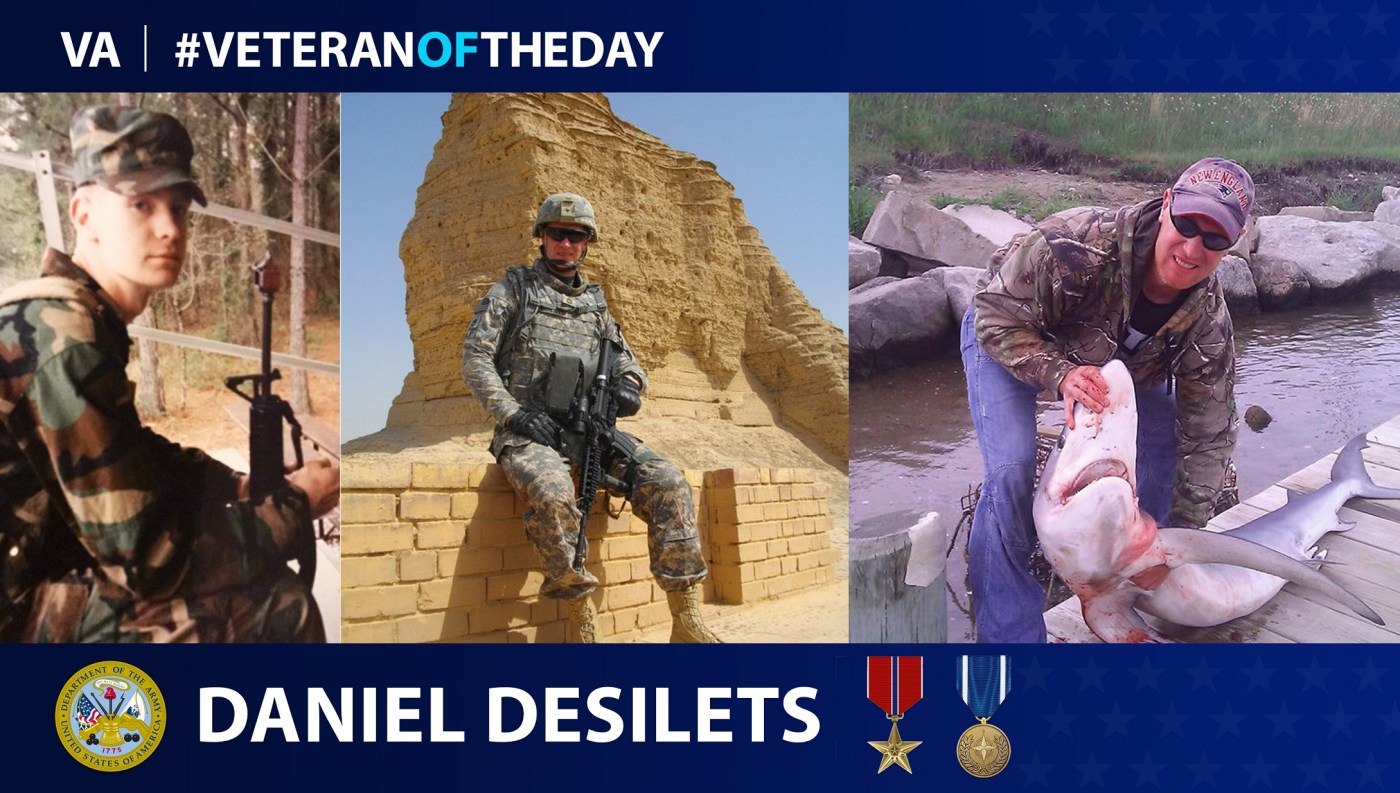 Veteran of the Day graphic created by Tenzin Chomphel.

Daniel enlisted in the Army in November 1989. He was sent to Fort McClellan, Alabama for basic training and subsequently to the Army Military Police (MP) school. He was then assigned to the 463rd MP company in Fort Leonard Wood, Missouri and deployed to Panama and Honduras.

He was then assigned Heidelberg, Germany as a NATO MP and then to Friedberg, Germany with the 127th MP company in which he deployed to Kosovo to take part in the Kosovo War. Daniel also served in various units in Germany, Alabama and Alaska. His most notable assignment was when he was assigned to the 501st MP company, 1st Armored Division in Wiesbaden, Germany. During this tour, he was assigned as a platoon sergeant and deployed to Iraq twice in 2007 and 2009 where he worked closely with the Iraqi Army and Iraqi Police conducting security patrols in Tikrit, Baquba, Baghdad, and Muqdadia.

Daniel retired from the Army in 2016 at the rank of Sergeant First Class. He currently lives in Naples, Italy with his wife, whom he met in Germany, and son.

Ashley Levi contributed to this story.