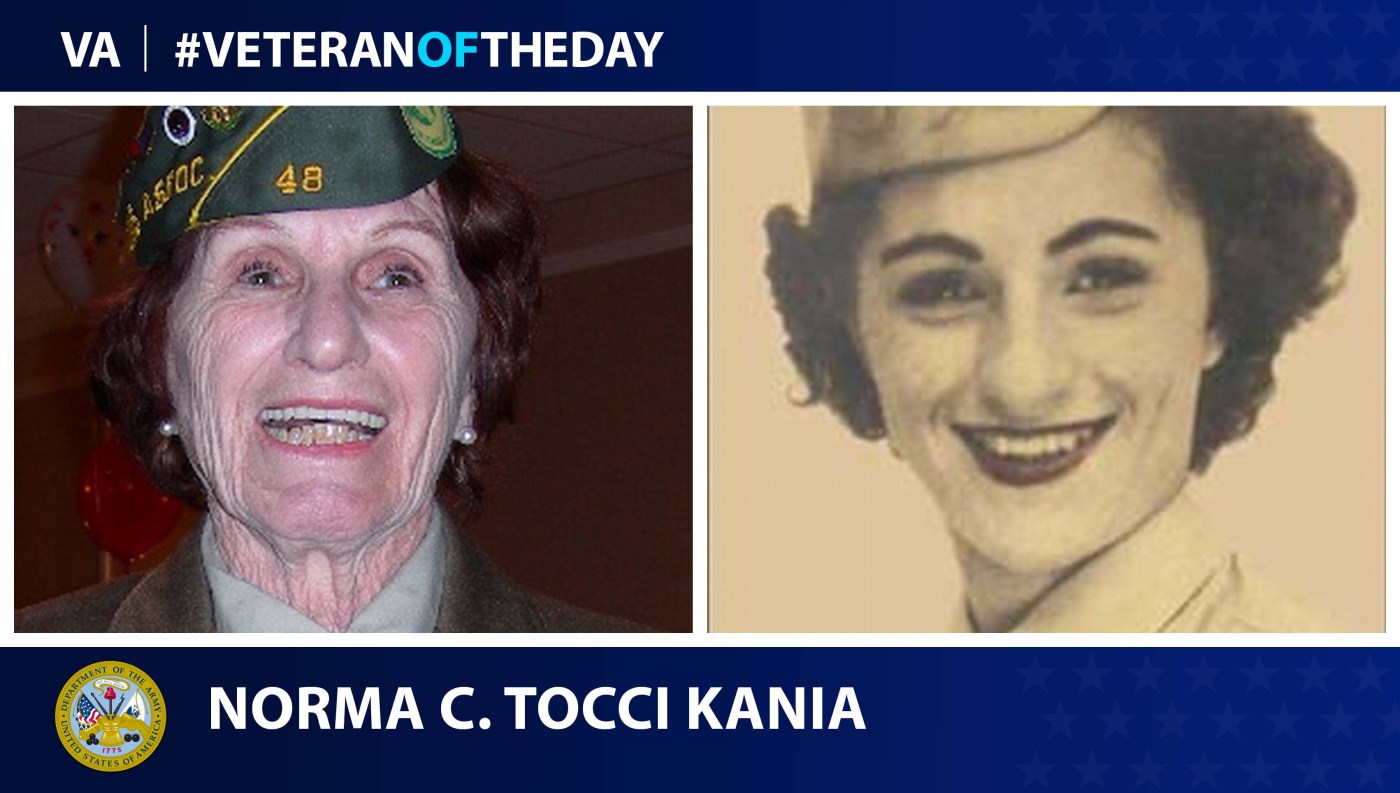 Veteran of the Day graphic by Joe Misko.

Norma had less than a month left of high school but decided she was going to join the Women’s Army Corps before she graduated. She wanted to see the world and gain experiences she would not be able to have anywhere else. Norma chose the Army because they were given the opportunity to go overseas, unlike the other branches. Her parents thought she was crazy and were upset she joined, but Norma was determined. She went to Fort Des Moines for basic training, which lasted about six weeks. One night, Norma was on guard duty when she saw a large man walking near the camp. She tackled and handcuffed him, only to find out he was the camp commandant. Norma later went to Florida and learned how to use military weapons. She then went overseas to Wales.

In Wales, Norma was assigned to Air Transport Command. This unit was responsible for taking care of the wounded who were brought in by plane. There were about 75 women in the unit, and they were very tight-knit and worked as a team, helping each other complete their tasks. Norma had taken shorthand and typing in high school, so she did a lot of that type of work; however, she also did a variety of other jobs. She worked in the mess hall and was a switchboard operator. Norma also once fixed a broken mimeograph with a bobby pin. The colonel was grateful for this as the mimeograph was used to relay orders. Norma’s brother was a naval aviator, and he visited Norma once while she was in Wales.

Norma moved on from Wales to Hanau, Germany, where she got the opportunity to meet General Eisenhower. She then went to Orly Field in France to drive a school bus and work at Headquarters. Norma took leave when she was in France and was able to visit her grandparents in Italy. When Norma returned to the United States, she was assigned to Hamilton Air Force Base until she had to leave the Army when she got married, due to Army regulations at that time. Norma later joined the Veterans of Foreign Wars, the American Legion and an organization for Women’s Army Corps Veterans. Noma passed away in 2015. More of her story can be found at http://memory.loc.gov/diglib/vhp/story/loc.natlib.afc2001001.91919/