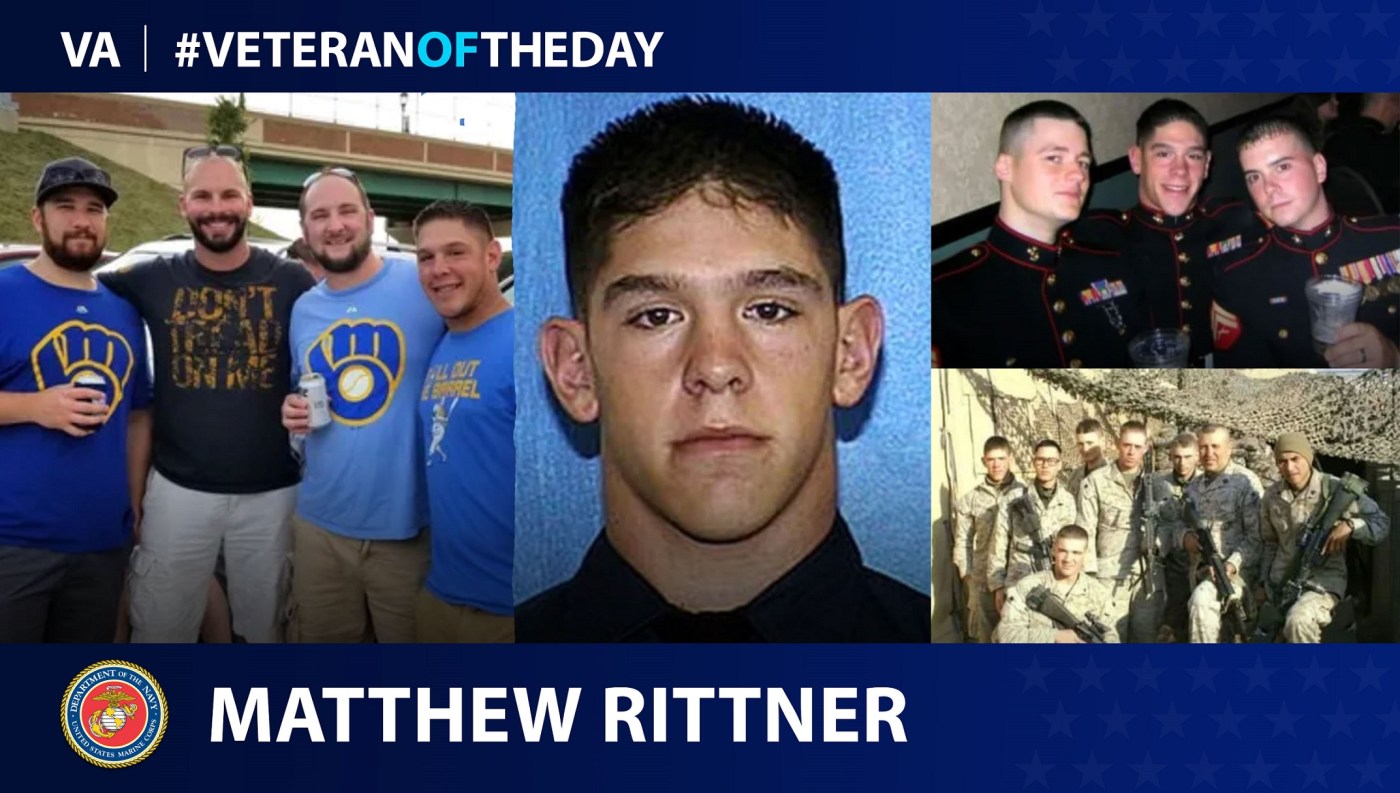 Today’s #VeteranOfTheDay is Marine Corps Veteran Matthew Rittner. Matthew served for eight years during the Iraq War and attained the rank of sergeant. He was an officer with the Milwaukee Police Department for 17 years.

Matthew enlisted in 2003. He was as an infantry rifleman with the Marine Reserve Unit Fox Company, 2nd Battalion, 24th Marines out of Milwaukee, Wisconsin. He served two tours of duty in the Middle East, including one to Fallujah in support of Operation Phantom Fury, an area known as the Triangle of Death. During his first tour, the vehicles in Matthew’s unit were hit by multiple improvised explosive devices and the unit was involved in a four-hour firefight.

Matthew was also an officer with the Milwaukee Police Department and was part of the department’s tactical enforcement unit. He and other officers helped free hostages in two separate situations in 2015. For his actions during these incidents, Matthew received a Meritorious Service Award and the Public Safety Officer Medal of Valor, the highest award for law enforcement officers in the United States.

Matthew was killed in the line of duty in Milwaukee on Feb. 6, 2019 while executing a search warrant. He was laid to rest on what would have been his 36th birthday. He leaves behind his wife and a young son.