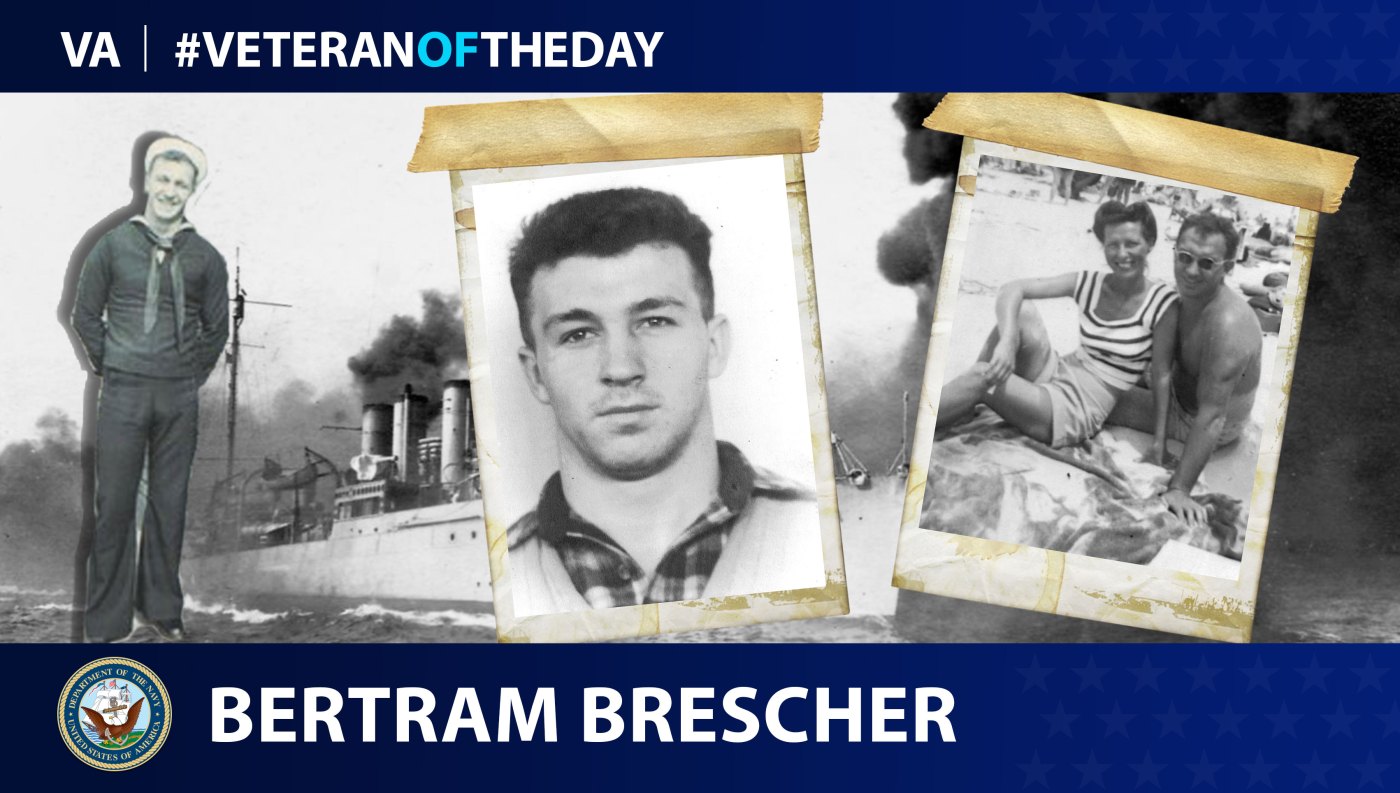 After completing his training, Bertram was assigned as a torpedoman aboard the USS Lea DD 118 Wickes-Class destroyer. The USS Lea served as an escort ship throughout the War, escorting merchant marine ships across the Atlantic.

In May 1943, the USS Lea was stationed in the waters of Lough Foyle off the coasts of County Donegal and Derry, Ireland. There, it participated in anti-submarine exercises with the HMS Upstart, USS Greene, HMS Chanticleer and USS Osmond Ingram. Later that year, Bertram and the USS Lea participated in exercises with the HMS H33 Submarine, the USS Belknap and the USS Badge.

On New Year’s Eve, 1943, five days out of New York City, Bertrand and the USS Lea were accidentally struck by a merchant ship, causing extensive damage. Following the incident, the USS Lea and its crew were towed to a shipyard in Bermuda and later Boston for repairs.

After being repaired, Bertrand and the USS Lea continued to participate in anti-submarine exercises off the coast of Florida and the Caribbean. In Jan. 1946, the USS Lea was decommissioned in Shoemaker, California. There, Bertrand was discharged at the rank of torpedoman’s mate third class.

After his service, Bertrand returned to his home state of New Jersey and began working at the Singer Sewing Machine Company, where he met his wife. After retiring, Bertrand moved to Barnegat, New Jersey, where he remained until his passing in 1998.