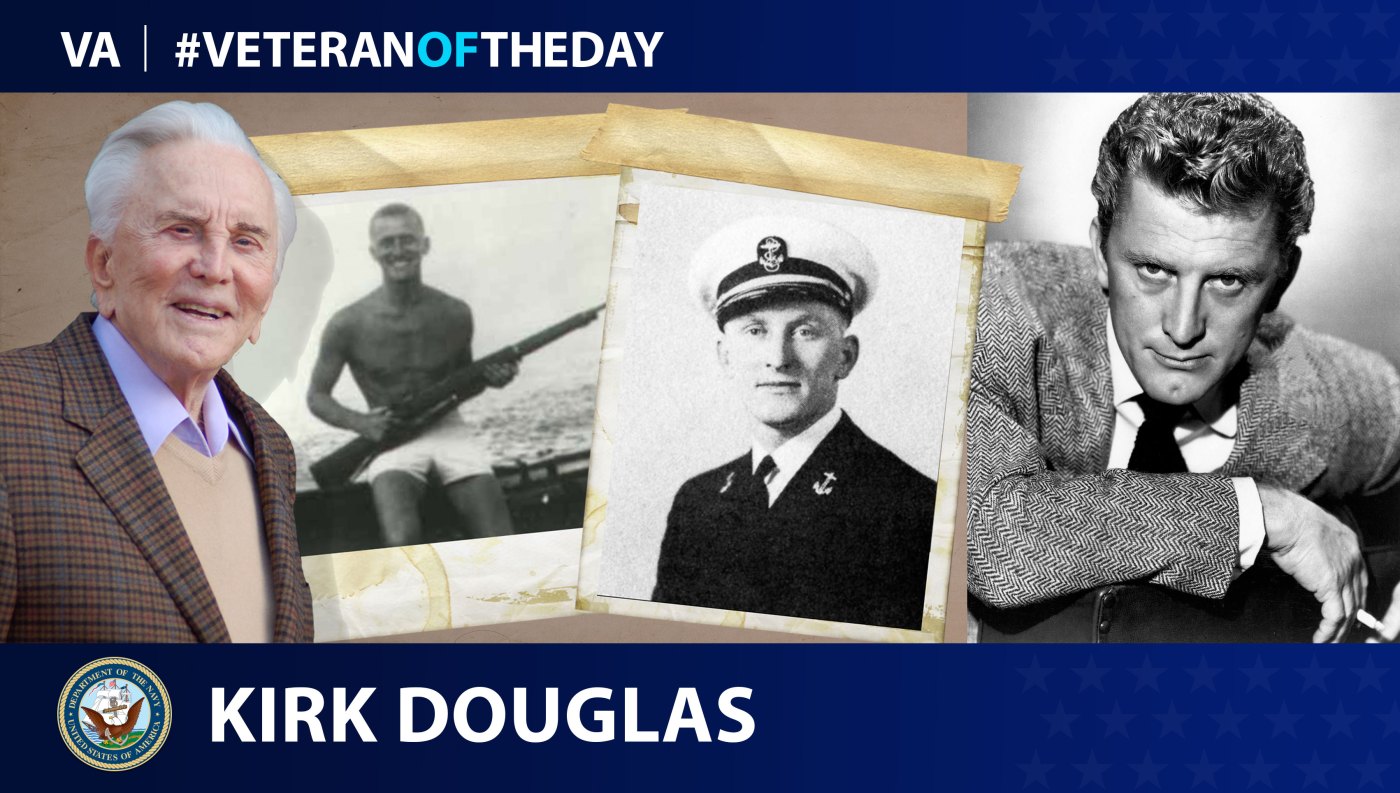 Kirk was born Issur Danielovitch Demsky in Amsterdam, New York to Jewish immigrant parents. As a child, Kirk sold snacks to mill workers in order to help supplement his family’s income. After graduating high school, Kirk managed to negotiate himself to Saint Lawrence University on a loan which he paid off working several menial jobs.

Kirk graduated in 1938 and legally changed his name to Kirk Douglas. In 1941, following U.S. involvement in World War II, Kirk enlisted with the United States Navy.

Upon joining the Navy, Kirk received training as a communications officer in anti-submarine warfare. He was then assigned to PC-1139, a PC-461 class submarine chaser, and sent to the Pacific. There, Kirk served as both a gunnery and communication officer and was responsible for hunting down and destroying Japanese submarines.

On Feb. 7, 1943, Kirk and his crew were alerted by sonar to the presence of a Japanese submarine. Upon confirming the location of the submarine, Kirk and his fellow sailors fired and positioned themselves to drop depth charges. As a fellow sailor went to launch a depth charge marker, he accidentally fired a live depth charge. Once the charge hit the water, it exploded, launching PC-1139 and its crew into the air. Kirk was thrown against the ship and suffered abdominal injuries.

After being sent to a hospital to recover from his injuries, it was found that Kirk was also suffering from chronic amoebic dysentery. As a result, Kirk was discharged in 1944 at the rank of lieutenant junior grade.

After being discharged, Kirk returned to New York City and began work in radio, theater and commercials. In 1946, Kirk made his debut screen appearance in The Strange Love of Martha Ivers. He went on to have a wildly successful career in cinema, earning three Academy Award nominations, an Oscar for Lifetime Achievement, and the Presidential Medal of Freedom. He lives today with his wife in Los Angeles, California.

Thank you for your service, Kirk!