#OperationSong – “Flowers on a Stone” by Brittany Lawrence 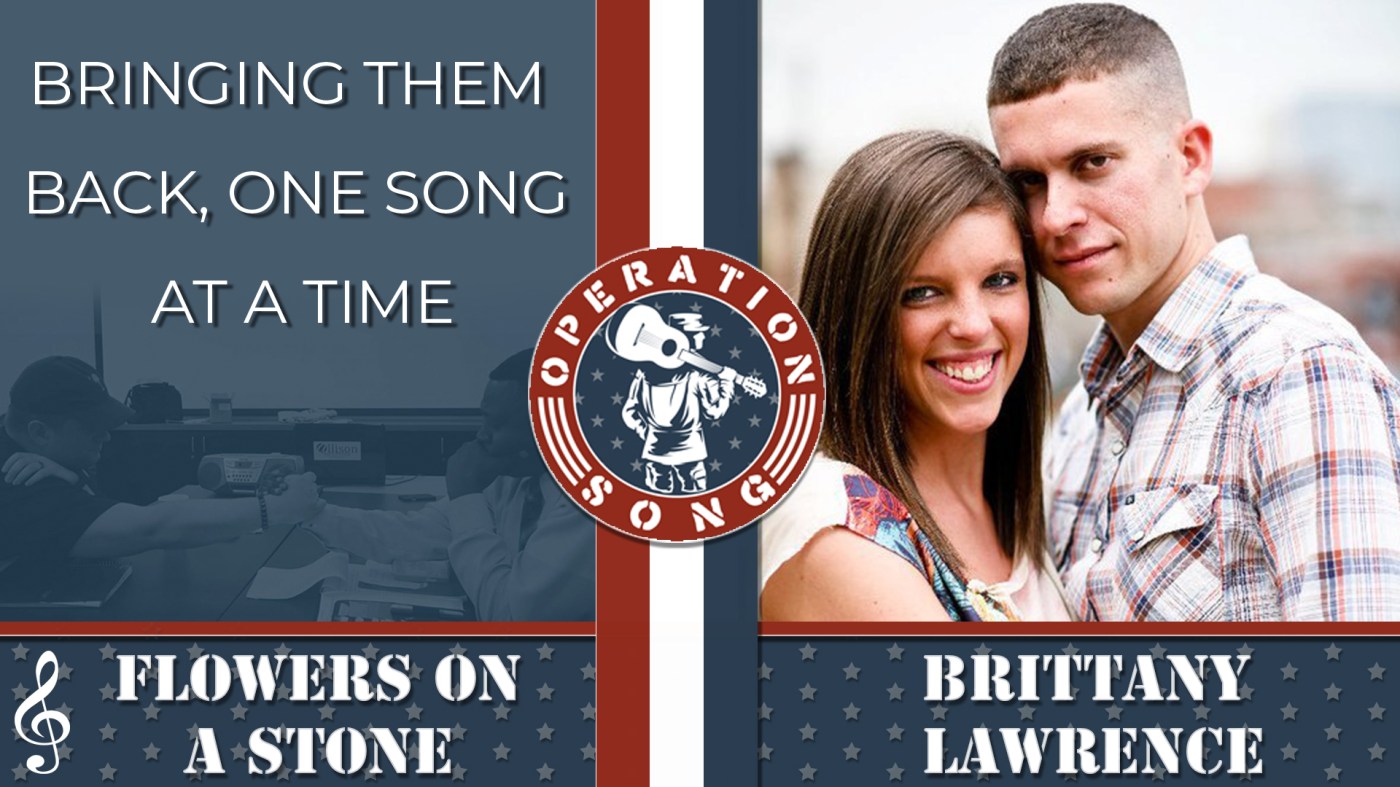 This #OperationSong spotlight is on “Flowers on a Stone” by Brittany Lawrence the widow of Army Captain Joshua Lawrence.

Brittany was a 26-year-old event coordinator and personal secretary for a North Carolina marketing insurance company when she visited Las Vegas for a trade show. On Feb. 6, 2011, she met Joshua for the first time at 6 a.m. in the Venetian Resort Hotel where they both were guests.

It was serious from the start.

“I am in trouble now. The guy’s from the army,” Brittany recalled telling her mother that very night.

Despite her living in North Carolina and he being stationed in Colorado, the couple eloped on May 31 – marrying in Colorado. On June 7, Joshua deployed with his unit to Afghanistan.

It was early on a Monday morning in October when two uniformed service members came to her house. Joshua had died in Afghanistan. He was her soulmate and she wrote her song to honor his life and her love for him.

Brittany had never done music therapy before, so when she met Don and Laurel, she wasn’t anticipating writing a song. However, as she shared her story, the entire song was written in one day. She didn’t realize how much emotion could come out of music, “[The song] opened a side of me that no other side could open up.” She wants every person who listens to “Flowers on a Stone” to know hope, “All I had left were flowers on a stone and tears; but I now have life, memories and a strict duty to honor my loved ones. You honor by living.”

Brittany now writes a blog about her journey and life called “A Widow and Her Shoes”.

Operation Song is a non-profit based in Nashville, Tennessee that partners professional songwriters with veterans, active military, and their families to help them tell their stories through song. Since 2012, they have written over 600 songs with veterans of WWII to those currently serving. They hold weekly workshops in Middle Tennessee and sponsor events and group retreats throughout the U.S. Those who serve need no musical background, only the desire to tell their story. If you are interested in learning more about Operation Song or hearing more songs, please visit: http://www.operationsong.org/.