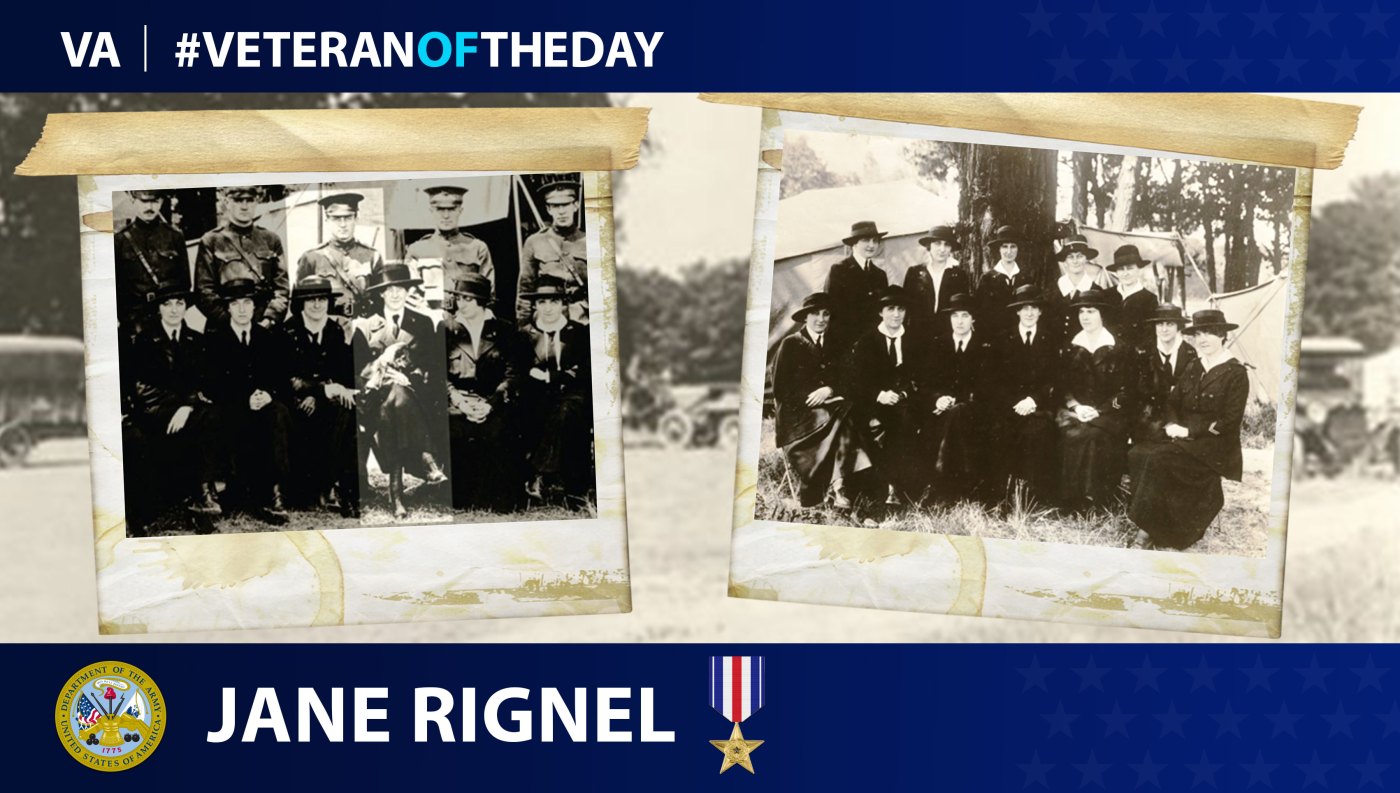 Jane Rignel was born on June 1884 in Lockport, New York. She graduated from the Columbia University Presbyterian School of Nursing in 1913. She enlisted in the Army Nurse Corps on May 1917. Jane was deployed on the western front in France with the Mobile Hospital 2 as the Chief Nurse.

Jane earned the Silver Star due to her actions on July 15, 1918 near Bussey le Chateau, France. She led her team of nurses and about 75 patients through artillery fire that killed some of the personnel and destroyed the hospital. She earned the Citation Star, the British Royal Red Cross from, and the French Croix de Guerre for her actions and service during World War I. During World War II, she was the assistant director of the Nurse’s Aide Corps of the American Red Cross New York chapter. She died at the age of 92 in April 1977.

We honor your service, Jane.