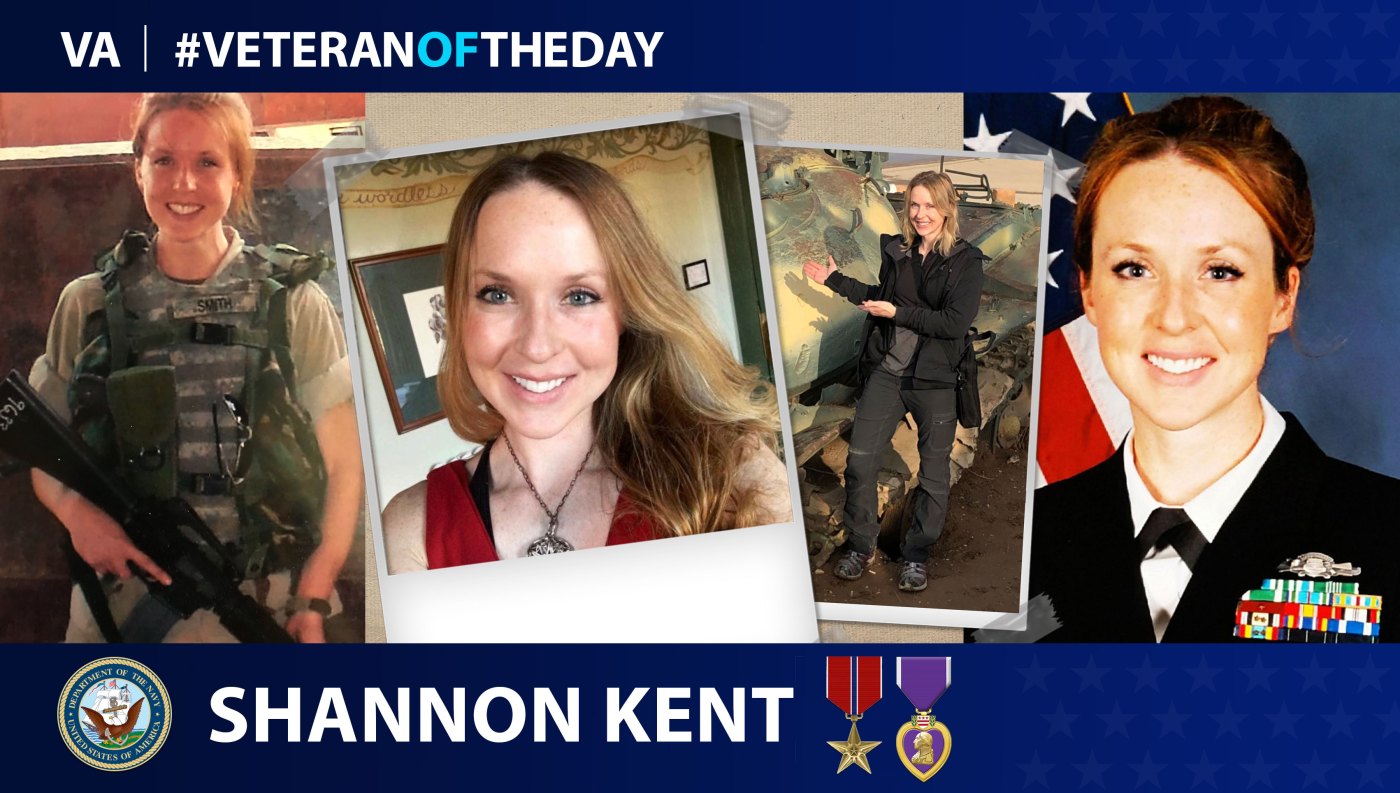 Today’s #VeteranOfTheDay is Navy Veteran Shannon Kent. Shannon. She served from 2003-2019, and made several combat deployments  to the Middle East.

Shannon was originally from Pine Plains, New York and came from a family of service. Her father, a New York State Police commander, and her uncle, a firefighter, were both first responders during 9/11. Shannon graduated from Stissing Mountain Junior-Senior High School in 2001, and later enlisted in the Navy in 2003.

With the Navy, Shannon completed five overseas combat deployments. In 2007, she worked with the Joint Special Operations Command in Balad, Iraq. She did two more tours in Iraq, before deploying in 2012 to Afghanistan. Shannon was recognized for her ability to speak a half-dozen Arabic dialects and four other languages.

As a cryptologic technician, Shannon was an expert in cryptology, and experienced in the collection of human intelligence. She gathered intelligence and examined documents, hard drives and other intelligence found during raids. While working in Syria and Iraq, Shannon would often work with tribal leaders, merchants or local government officials to help target leaders of the Islamic State.

On January 16, 2019, a suicide bomber killed Shannon and three other Americans at a restaurant in Manbij, northeastern Syria. She became the first female service member to die in Syria since American forces arrived in 2014. At her memorial, Shannon was posthumously promoted to senior chief petty officer. Shannon’s military awards include the Bronze Star, Purple Heart Medal and the Defense Meritorious Service Medal.

Shannon is survived by her husband, Joe Kent, a Green Beret. The two met during intelligence targeting training at Fort Belvoir, Virginia and married on Christmas Eve in 2014. Shannon and Joe have two children together.