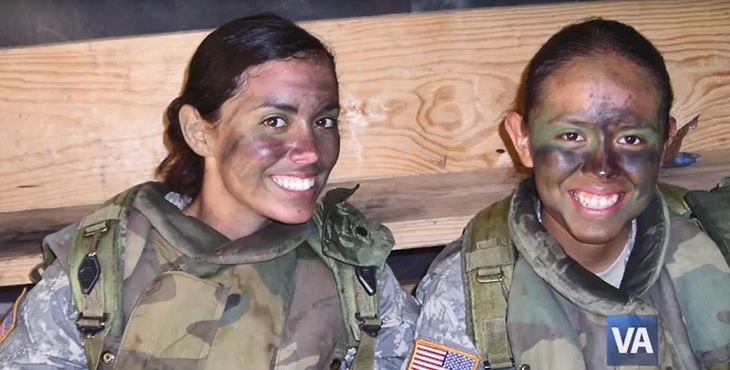 “It’s family that I will never find anywhere else.” That’s how US Army Veteran Lili Teeters describes those she served alongside in Iraq.  As a first-generation American, Teeters thought the idea of paying for college was out of reach, and like many Americans, she witnessed the effects of Sept. 11 and wanted to give back.  So, at just 17, Teeters joined the Army.

“Serving in a specialty unit that handles trauma, your job is to keep them alive until they can be flown out,” Teeters recalled. As a member of the forward surgical team Teeters saw her share of injuries.  She also experienced a sense of camaraderie that she hasn’t found outside of the military.  “It’s a different relationship when it’s with people who your life depends on.  The people I deployed with we still talk, we still support one another, we still check in on each other.”

It’s that sense of solidarity and service that led Teeters to her career at the VA.

“The VA is the only place I wanted to work after being in the military,” she said. “I hope I can make a difference, being a Veteran serving other Veterans, making that connection with them.  I know it helped me (to see a Veteran provider), I hope it helps others.”

For generations, women Veterans have honorably served in the military, but Teeters still faces some challenges as a female Veteran.  “There is still a stigma that women only serve in support roles, or can’t do things men can, or that their service wasn’t a big deal.  It was a big deal to me, we have come a long way, but there is still a long way to go.”  Women Veterans continue to break barriers even today and VA is committed to honoring these achievements, and ensuring they receive the benefits and services they earned and deserve.

“I am thankful for everything military has done for me,” Teeters said, “And I am just hopeful that I can keep giving back.”