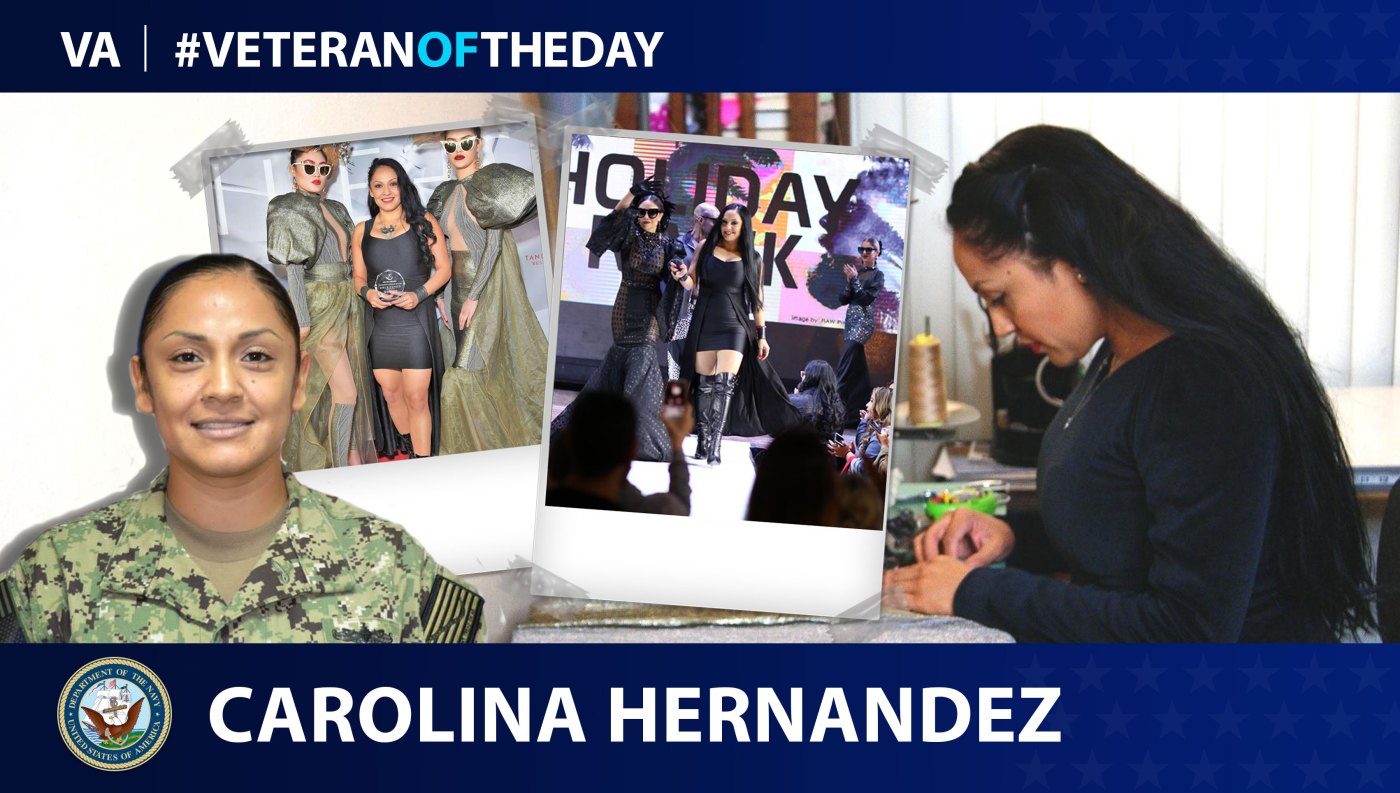 Carolina was born and raised in México, where she learned to sew from her mother and grandmother. In 2000, she moved to the United States to pursue better opportunities as a fashion designer.

Carolina left active duty service in 2009 and joined the Navy Reserves in 2010. She deployed once more in support of Operation Enduring Freedom in 2012. For her service, Carolina earned the Navy and Marine Corps Achievement Medal and Sailor of the Quarter in 2018.

Carolina also continued to focus on her clothing line called Veteran Couture, earned her Bachelor of Fine Arts in Fashion Design from the Art Institute of California in 2014. She is currently the owner of “Veteran Couture” and volunteers with The Mission Continues and Team RWB.

Thank you for your service, Carolina!

Do you want to light up the face of a special Veteran? Have you been wondering how to tell your Veteran they are special to you? You’re in luck! VA’s #VeteranOfTheDay social media feature is an opportunity to highlight your Veteran and his/her service.
It’s easy to nominate a Veteran. All it takes is an email to newmedia@va.gov with as much information as you can put together, along with some good photos. Visit our blog post about nominating to learn how to create the best submission.

This #VeteranOfTheDay profile was created with interviews submitted to the Veterans History Project. The project collects, preserves, and makes accessible the personal accounts of American war Veterans so that future generations may hear directly from Veterans and better understand the realities of war. Find out more at www.loc.gov/vets/.