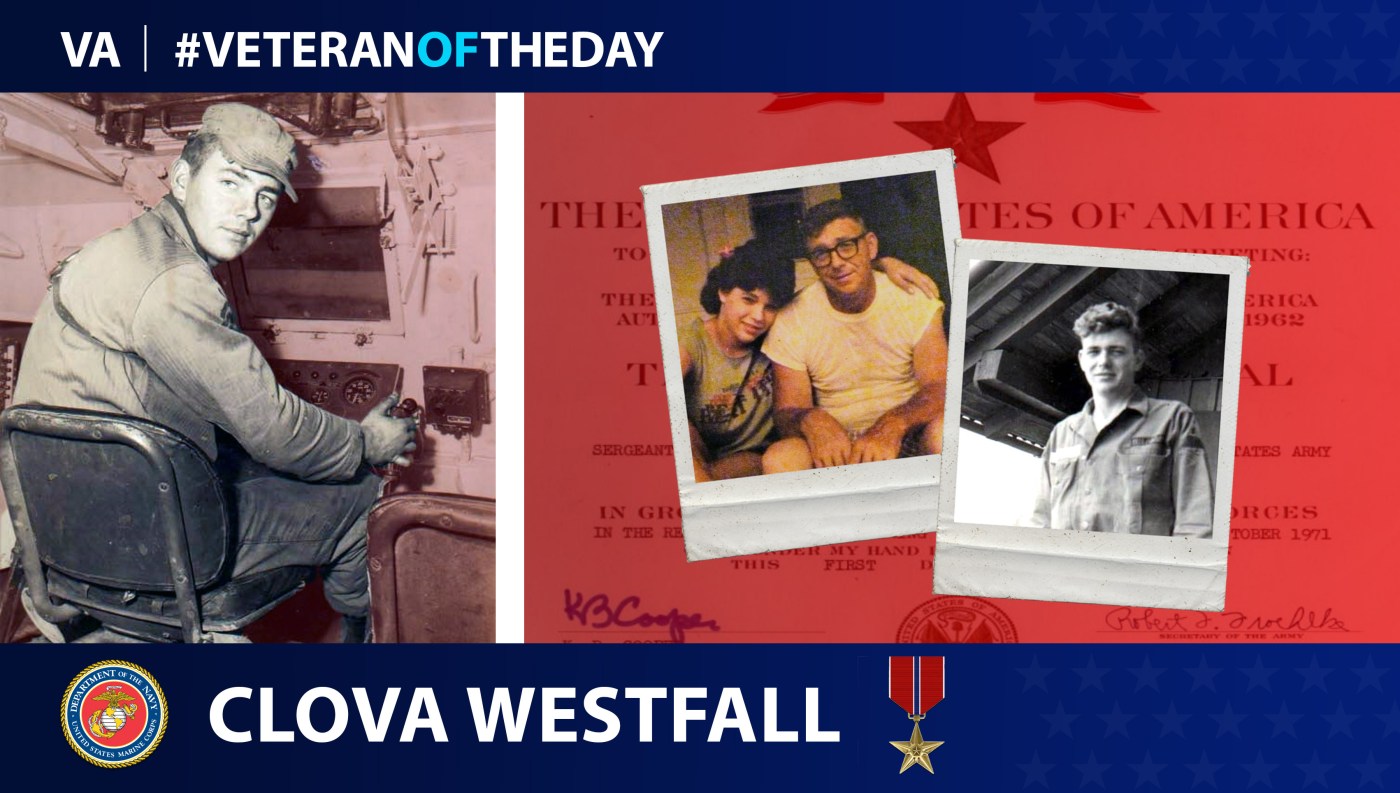 Clova began his military career with the United States Marine Corps, enlisting on March 3, 1952. In 1953, he was deployed to Korea and served there until 1954. On March 2, 1955, he completed his enlistment with the Marine Corps and was discharged at the rank of corporal.

In 1956, Clova reenlisted, this time with the United States Army. Between May 1, 1962 and May 31, 1966, Clova served as a motor sergeant in both A and B Company of the 2nd Battalion, 13th Infantry Regiment, 8th Infantry Division. During his time with the 2nd Battalion, he served with exceptional dedication, taking it upon himself to devote long hours towards studying different maintenance procedures and regulations to assist his fellow soldiers in becoming more proficient in their duties. This devotion gained him the respect and admiration of his superiors and subordinates, ultimately earning him his first Army Commendation Medal.

He went on to serve a second tour in Vietnam between Oct. 1970 and Oct. 1971. During this deployment, he was awarded the Bronze Star and a fourth Army Commendation Medal in recognition of his efficacy in resolving problems under combat conditions.

Clova retired from the Army in Oct. 1972 at the rank of sergeant first class. Throughout his service in Vietnam, Clova was exposed to the defoliant, Agent Orange. He passed away from health complications caused by exposure to Agent Orange on Jan. 4, 1994.