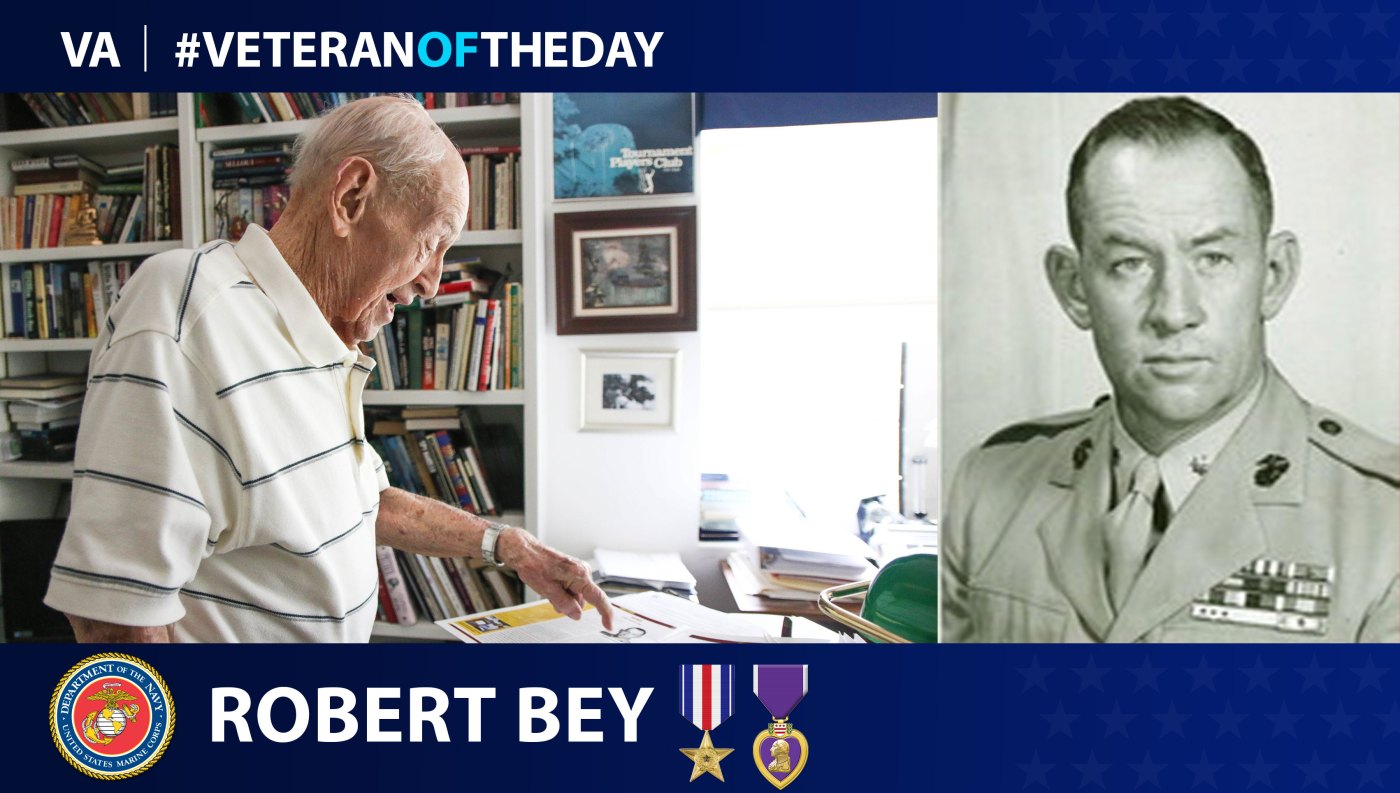 Today’s #VeteranOfTheDay is Marine Corps Veteran Robert Bey. Robert served during World War II and the Korean War from 1945 to 1970.

Robert was born in 1925 in Zanesville, Ohio. While he was growing up, Robert worked in his family’s cheese shop. He attended Zanesville High School and played as a starting offensive and defensive lineman, as well as being the captain on the football team. He was recruited by Ohio State on a football scholarship and encouraged to join the Marine platoon leader’s class where he would receive a commission upon graduating. The program was cancelled six weeks after he joined and Robert became a private in the Marine Corps in 1943. After completion of boot camp, Robert was sent to a training program known as V-12. He then attended Officer Candidates School and received his commission in 1945.

After receiving his commission, Robert was assigned to Camp Pendleton, California as an infantry platoon commander. Robert then separated from the Marine Corps and enrolled in (at) Cleveland State University and after completion, worked as a store manager for Western Auto Supply Company. In 1949, he was ordered back to active duty.

Robert served in Korea as a rifle platoon leader where he commanded 40 enlisted Marines. While on mission chasing enemy guerillas near the Demilitarized Zone, Robert’s platoon took fire on top of a hill. While Robert was making a radio call, he was shot and wounded by enemy fire for which he was awarded the Purple Heart. Robert was also awarded the Silver Star and an additional Purple Heart.

Robert continued his service until he retired in 1970 at the rank of lieutenant colonel.

We honor your service, Robert.